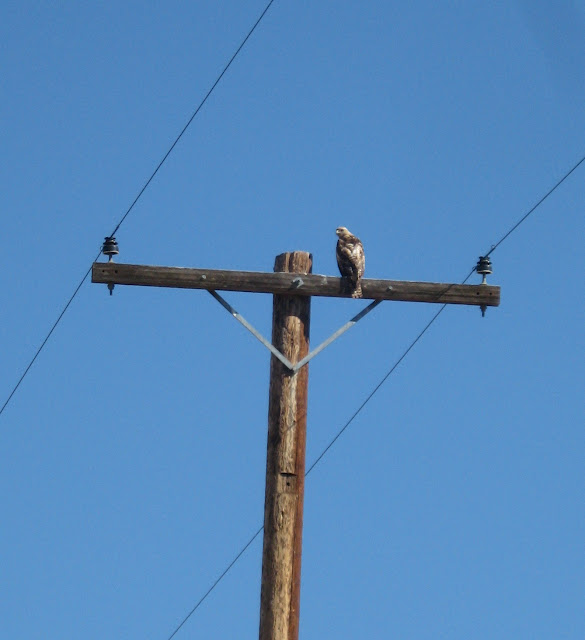 The other day, I heard a lot of little upset sounds as Soldier and I walked past this post. I looked up and saw a hawk being attacked by a little bird, no larger than a sparrow. It must have had little ones in the field below. The little bird kept buzzing the large hawk, a bird many times it's size. After a while, the hawk would get fed up and make a threatening move, which would make the smaller bird retreat, but just for a second. Then it was back at it again. This went on for quite a while. 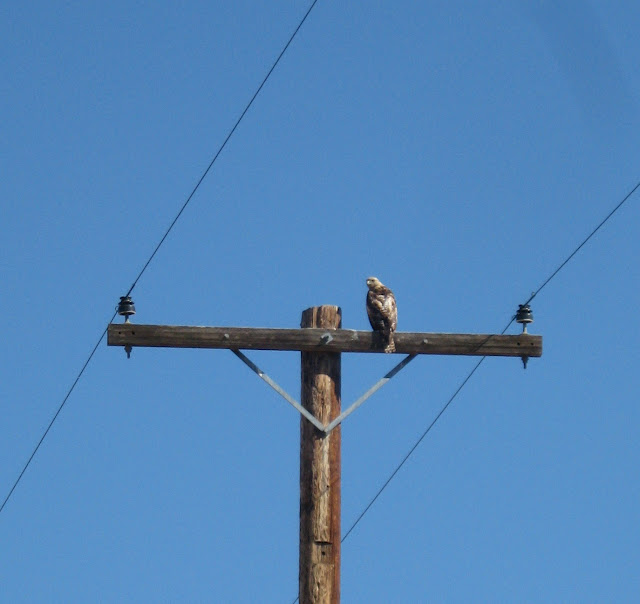 Hoping they would continue their disagreement, I hurried home to get my camera. Birds of prey are very patient, the hawk put up with quite a bit of annoying behavior by the smaller bird. He was still there when I got back. Alone now and aloof, as he looked down on me and my camera, probably wondering if I was going to be some sort of new annoyance he would have to put up with. 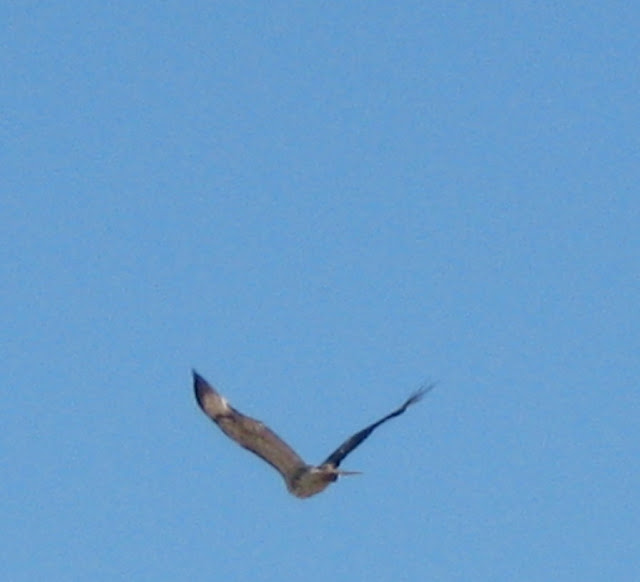 I took a few pictures and then the hawk decided he'd had enough disturbances for one morning and took off  full of grace. 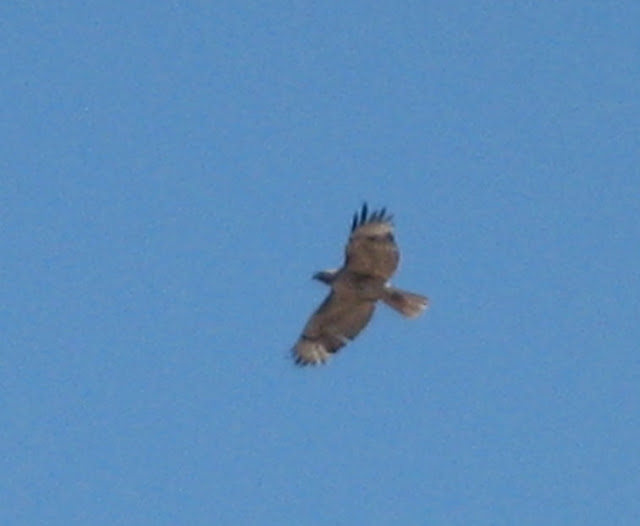 Circling a few time overhead, then circling higher and higher on the wind 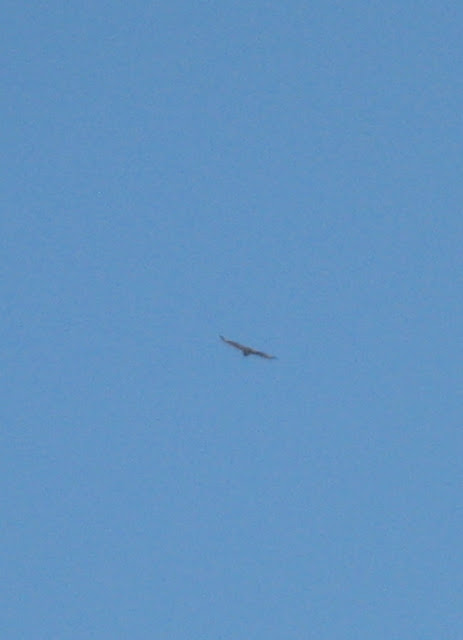 he soon disappeared into the blue sky.