Threads of Light & A Personal Note on Breast Cancer 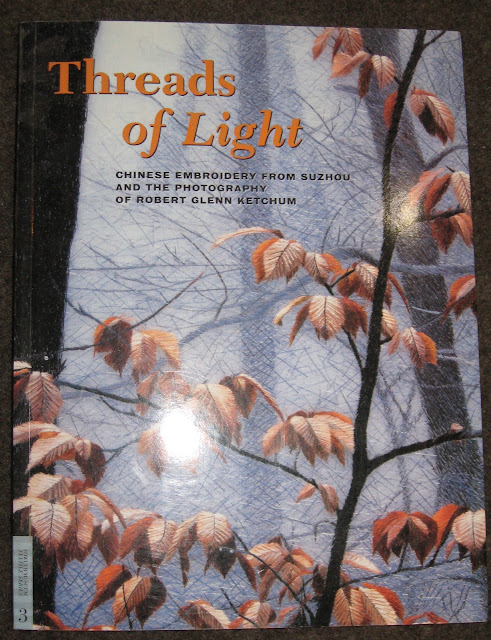 My book ~ The cover displays the embroidery version of a photo by Mr. Ketchum

Nature photographs by Robert Glenn Ketchum hang on the walls of the main building of the . I spent the summer of 1999 walking the corridors there on my way to radiation therapy and appointments with various doctors. I had breast cancer. Fortunately chemo was not required, but seven weeks of radiation were not exactly easy on my body and soul. Five days a week for seven weeks, I passed by Mr. Ketchum's nature photographs. I looked at them and they calmed me. 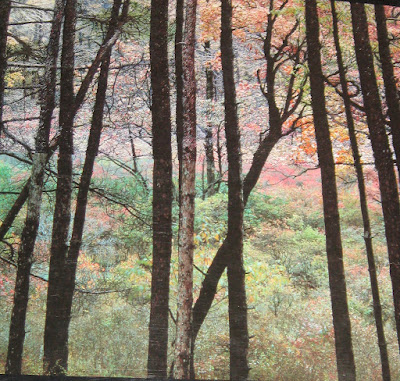 The embroidery version of a photo.

At the same time, in the Fowler Museum of Cultural History on campus, there was an exhibit of Mr. Ketchum's photographs, but with a twist. The exhibit was called Threads of Light, Chinese Embroidery from  and the Photography of Robert Glenn Ketchum. I went to see it, not knowing what to expect. And I had a visual and emotional experience far beyond anything I could have imagined. The examples below are just to give you an idea, the exquisite originals cannot be captured. 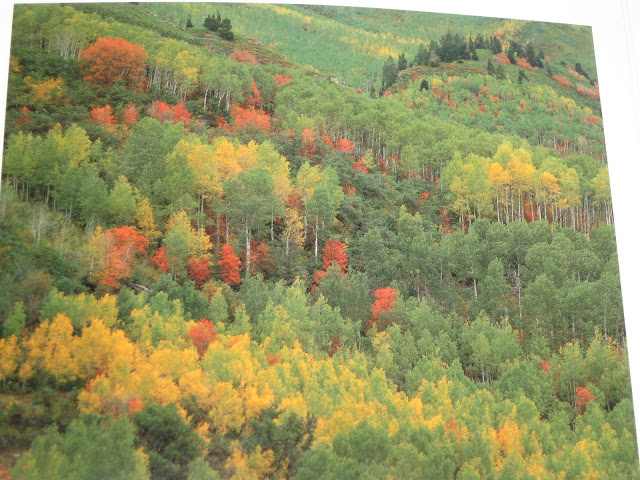 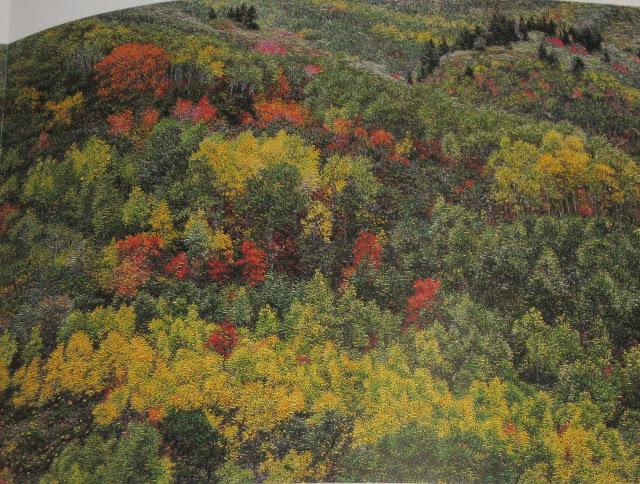 The embroidery version of the photo.

In China, at the Suzhou Embroidery Research Institute, embroiderers, who work in the institute's Random Stitch Embroidery Research Studio, used their skills to capture the essence and beauty of Mr. Ketchum's photographs, translating them into intricate embroidery pieces. Imagine the above photograph of a forest of deep green and flaming red autumn colors transferred, stitch by stitch, to an embroidered canvas. I am really speechless here, it was that amazing. 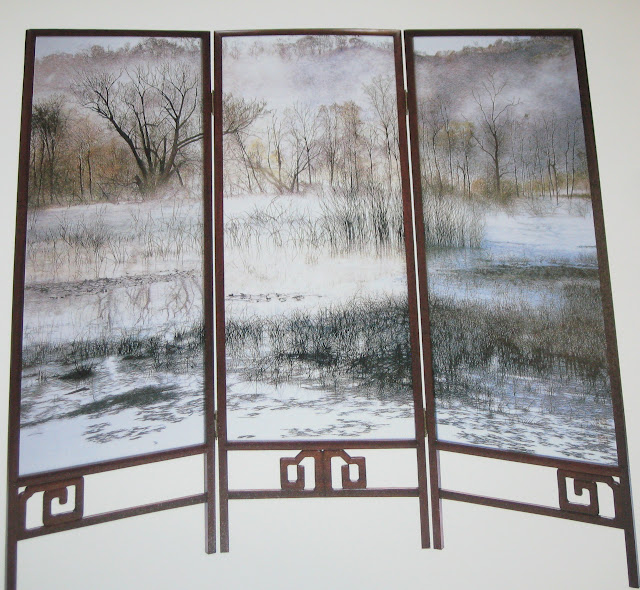 Panels embroidered from a photo by Mr. Ketchum.  Can you imagine embroidering something like this, stitch by stitch? Not only the artistic skill, but the patience......

Amazing is an overused word; it should be reserved to express something astonishing, surprising, something that gives you a sense of wonder. It definitely is the correct word  to describe the wonder I felt as I looked at this exhibit. Amazing! 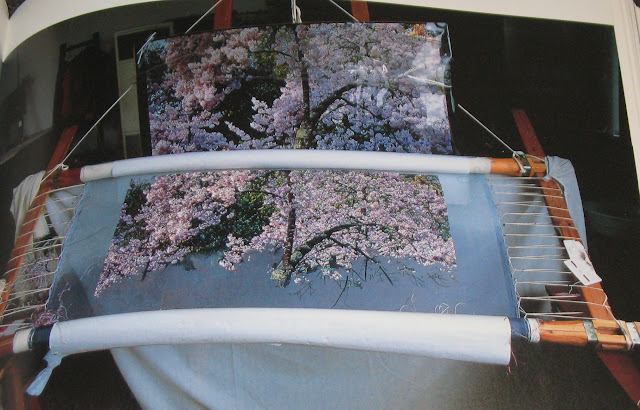 A work in progress. The photo that is being embroidered is at the top.

My book shows many incredible photos of work in progress at the institute, as well as the finished products. 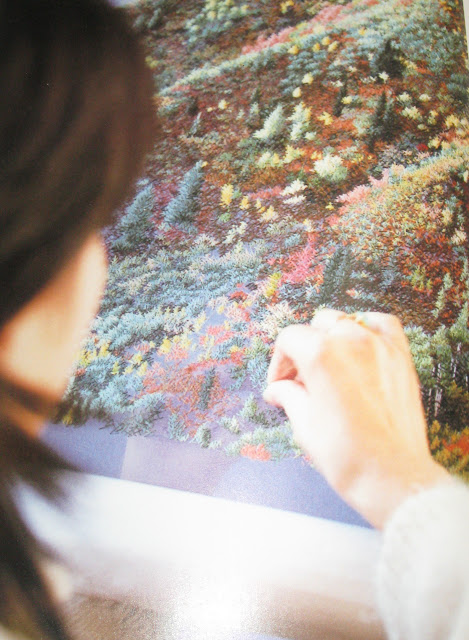 It feels good to know that a place like the Suzhou Embroidery Research Institute exists in this day and age to keep ancient traditions and skills alive.

Since October is Breast Cancer Awareness Month, I want to encourage those of you who need an annual mammogram to just go do it. Have it done, don't forget, don't plan to do it later, just do it once a year on a regular schedule. OK!

I didn't feel a lump or anything unusual when I had my mammogram back in 1999. But something was wrong and the mammogram picked it up. The cancer was stage 1 or 1.5. Because it was caught so early, I didn't need chemo, which was huge. Seven weeks of radiation therapy was not easy, nor were the five years that followed on the drug Tamoxifen.

But in the end, it was no more than a pebble on the road of my life.