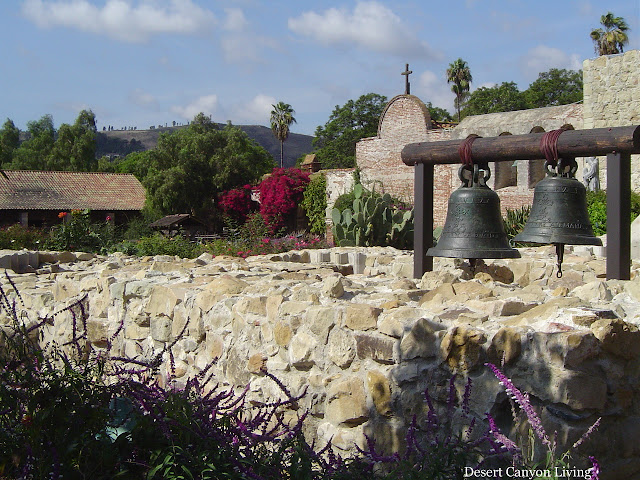 During one of my mini-vacations, back in 2004, I visited Mission San Juan Capistrano, located in the town with the same name, not far from a major interstate freeway. After you exit the freeway, you drive along a wall, find the parking lot, and enter the mission grounds. Once there, you are truly in another, more peaceful world. The above picture shows two of the original bells in the footprint of the 1812 earthquake (see below). 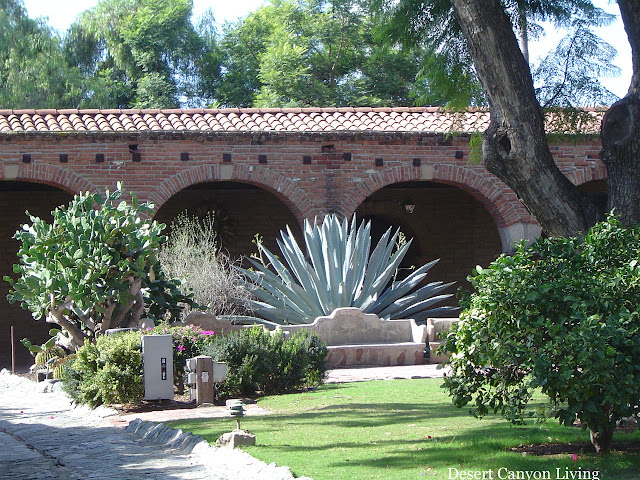 Founded on All Saints' Day, November 1, 1776, and named for the Italian theologian, Giovanni da Capistrano, this is perhaps the best known of the California Missions, with about half a million visitors, including 80,000 school children, each year. Traditionally, the return of the swallows to Mission San Juan Capistrano is celebrated on Saint Joseph's Day, March 19th, every year. This is a big event in Southern California, with media coverage and crowds gathering to see the swallows return. 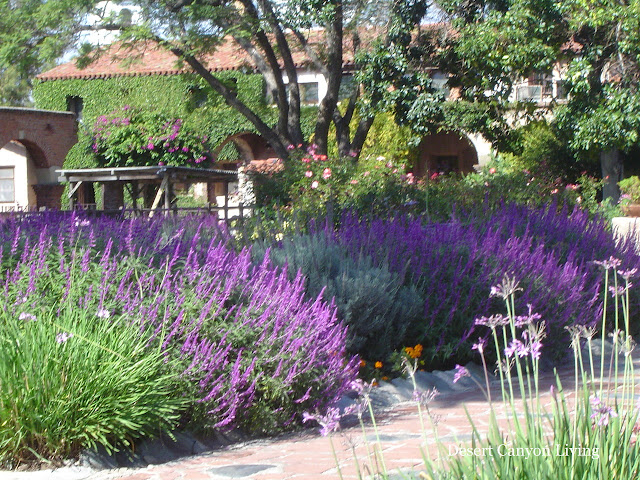 As you can see from my pictures, this is a beautiful place, with lovely flowers, plants, and the pond pictured below. 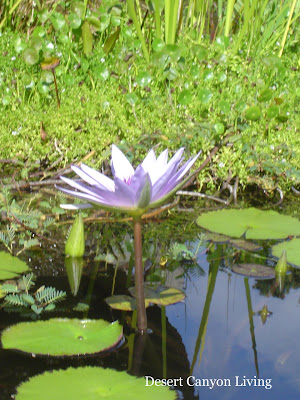 The first Mission grape was planted at San Juan Capistrano in 1779, and in 1783, the first wine in California was produced here.

According to Wikipedia, Mission San Juan Capistrano is also home to the oldest building still in use in California, a chapel built in 1782, known as "Serra's Chapel" or "Father Serra's Church," it's the only structure where it has been documented that Padre Junipero Serra actually celebrated mass. Researching these posts, I'm learning so much about the missions I wish I had known back then, when I visited them.

At the mission's foundry, Indians were introduced to iron for the first time. The iron, which came to the mission via trade, was fashioned into all kinds of objects, such as nails, hinges, gates, crosses, and even a cannon for mission defense. Above is a view of the mission's Catalan forges, the oldest existing facilities of their kind in the State of California.

Finally, there is something special at Mission San Juan Capistrano: The ruins of The Great Stone Church, dubbed the American Acropolis by architects because of its classical Greco-Roman style. Work on building the church, the only chapel in the Alta California Mission system not built of adobe, began in 1797. The chapel was laid out in the shape of a cross with a 120 foot bell tower. Work on the church was completed in 1806. Imagine all this work done for nine years, the church blessed by the padres, only to fall victim to yet another Southern California earthquake. On the morning of December 8, 1812, the Feast Day of the Immaculate Conception of the Blessed Virgin, the 7.0 magnitude Wrightwood Earthquake, shook the church and pinned its doors shut. After the shaking ended, the bulk of the nave and the entire bell tower came crashing down. Forty Native Americans, who were attending mass, and two boys, who had been ringing the bells, were buried under the rubble and lost their lives.

According to Wikipedia, the World Monuments Fund placed the Great Stone Church on its list of 100 Most Endangered Sites, in 2002. The most recent seismic retrofits of the mission were completed in 2004, at a cost of $7.5 million.

The memories I took away with me from my visit to Mission San Juan Capistrano are those of my photos above. I didn't feel the presence of ghosts here, just the beauty and peace of flowers, pond, and small birds.


Source: Wikipedia for information and the photos below mine.