On a Winter's Day 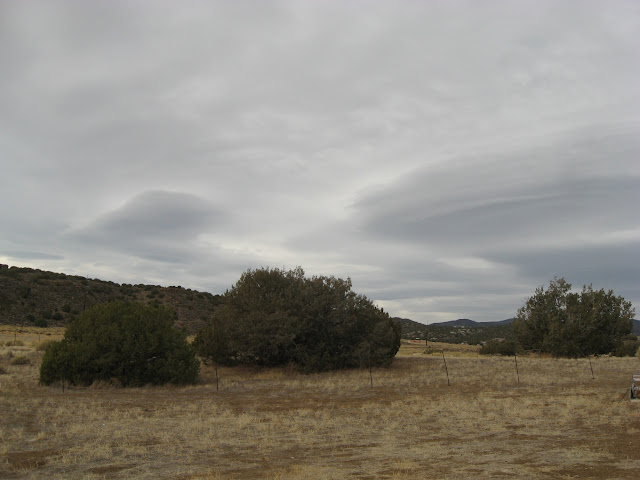 As the clouds gathered overnight, the weather got warmer and I woke up to 40° F, early this morning. We had company, a pack of coyotes was yipping and yapping outside our window. Soldier was whining and Samson got scared and jumped up on top of his daddy. Smart boy, he knows where to go. 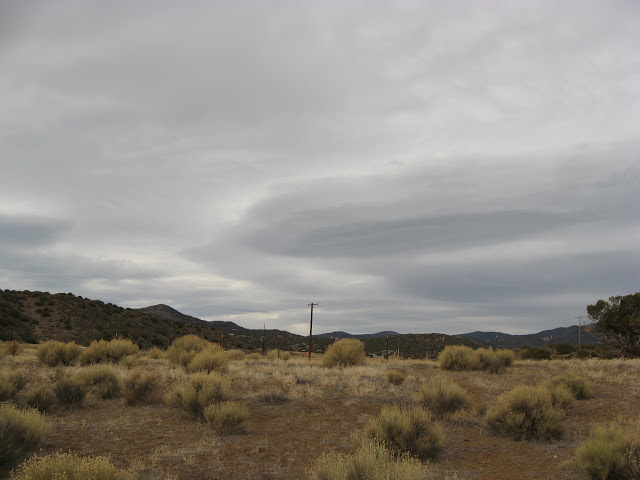 My husband took the Wrangler to Lancaster for new brakes and a lube and I headed out to the shed to do some laundry. As I was hanging laundry on the line, I saw these clouds forming. There's no wind and it looks like rain, so not the best weather for drying clothes on the line, but after the frozen pipes, I'm just washing as much as I can every day. 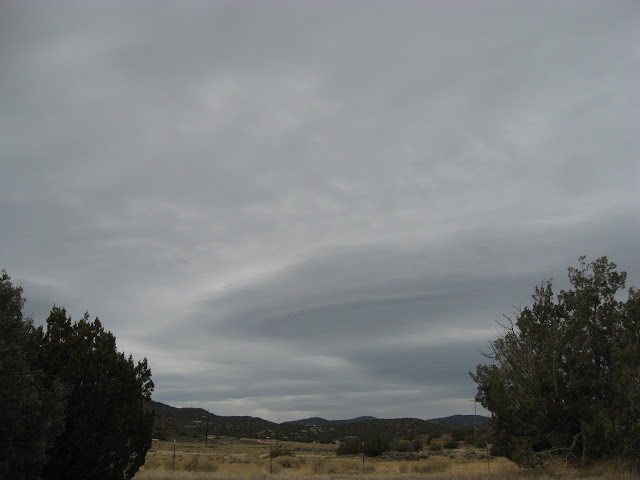 Rain is not predicted until Friday, but the weather forecasters have been wrong before. Not much news from here. We took Samson to the vet yesterday because he's been throwing up, not much, mostly retching, for over a week. I was worried about his pancreas, but he seemed OK to the vet who asked if he may have eaten some cloth. Who knows, he only gets into things when we're gone and we are pretty good about clearing the rooms.

To be on the safe side, we got antibiotics and some stomach medicine for him. And we also invested in the good and very expensive food for dogs with digestive issues. Since he's already had a bad case of pancreatitis and the Samoyed breed is susceptible to both bloat and diabetes, I will feed him two or three times a day to rest his pancreas as much as possible.

And both my favorite teams made it to the Superbowl ~ so now what do I do? Enjoy, I know......