This & That From the Canyon 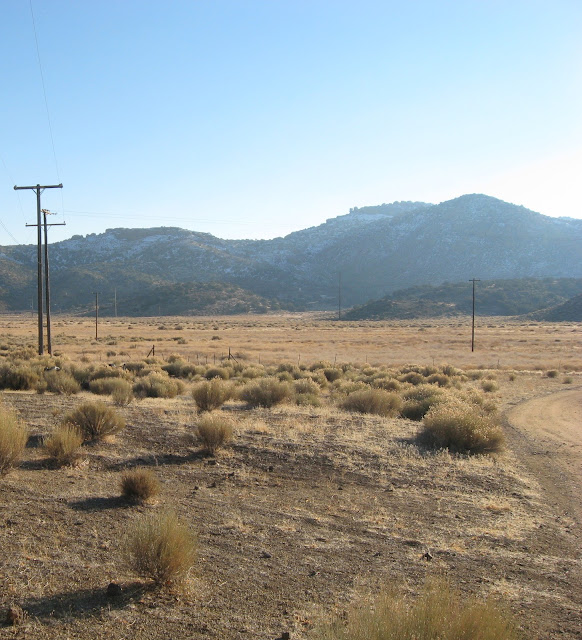 It snowed and snowed all day long on New Year's Eve, but only a trace, soon to be gone, stuck to the ground here. There's still snow in the hills across the road and in the higher mountains, so it has definitely been a much, much better winter than last year's. 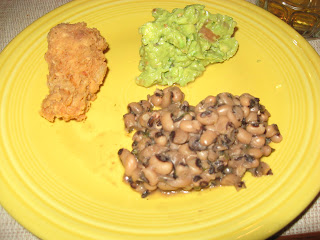 My husband made black eyed peas for good luck for New Year's and I took a picture of my plate, which now cracks me up. It was a simple and really good snack dinner (my favorite) of guacamole, chicken wings, black eyed peas, and Triskets. It looks kind of funny and sparse in the picture, but believe me, it was good. 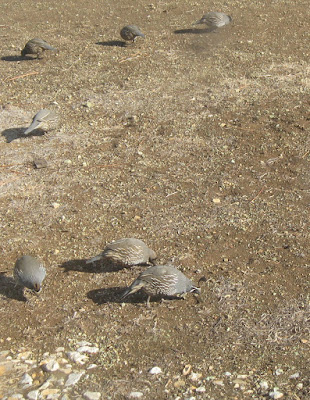 One or more small coveys of quail have been hanging around.  It's so lovely to hear their contented, chirping, noises as they peck their way, very fast, across the yard. Samson and I came across them in the field the other day and the two older ones left in one direction, the younger ones in another, but one was left behind and paralyzed with fear. I felt so bad for interrupting their morning and turned around and headed in the other direction so the scared bird could catch up with the rest of them. 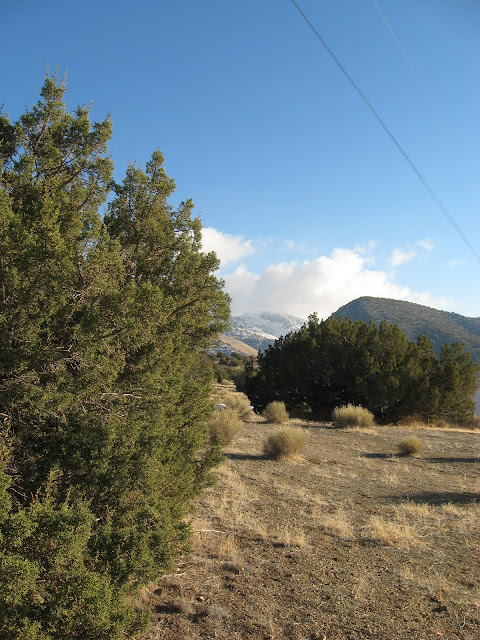 As you can see in Samson's post of January 1, he's doing remarkably well. He only gets eye drops once a day and he hasn't had a relapse. Knock on wood! He seems healthy and happy and we are both enjoying our early morning walks. It's been cold, between 15 and 20F, but as soon as the sun clears the mountains it warms up pretty fast. Soldier is getting old, it seems like once they turned into their 13th year, age hits home. And he'll be 13 sometime this year. He has trouble getting up and I'm thinking about putting the harness back on, but then he perks up and is managing again. And once he gets outside for his walk, there's nothing holding him back. All you can do is love them, but it's hard not to worry. 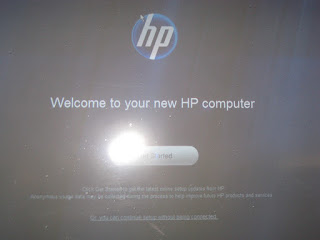 Then we finally hooked up my new computer. So I'm writing this on it and so far I've figured out some of the most important stuff. But I have a lot to learn and I'm really not in the mood. But it has to get done, so I will do it. I'm enjoying the picture quality and the faster speed. My satellite provider sent out something about a faster speed too, so I will check into that. Maybe that will finally bring me into the 21st century here.

I'm going to post my cliffhanger Wyoming adventure on Saturday in one post, the whole story. I haven't written anything else for the California Mission series, so I guess I will post the next one a week from Sunday.

May your New Year be a happy and healthy one!