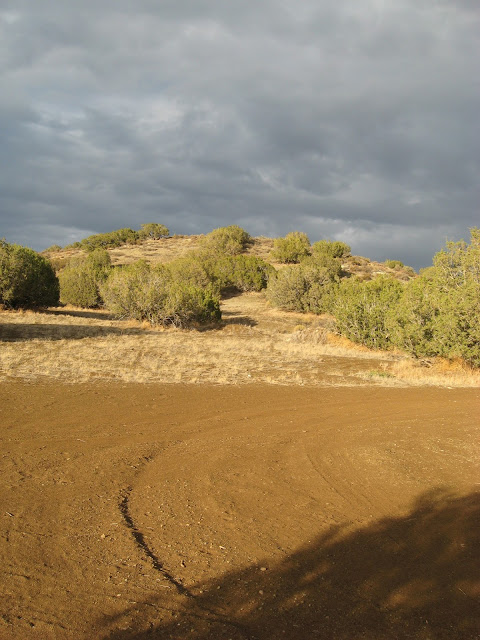 Friday morning, around two, I woke up to a gorgeous lightening display. Thunder in the distance could barely be heard above the noise of the fans we keep going here, day and night. 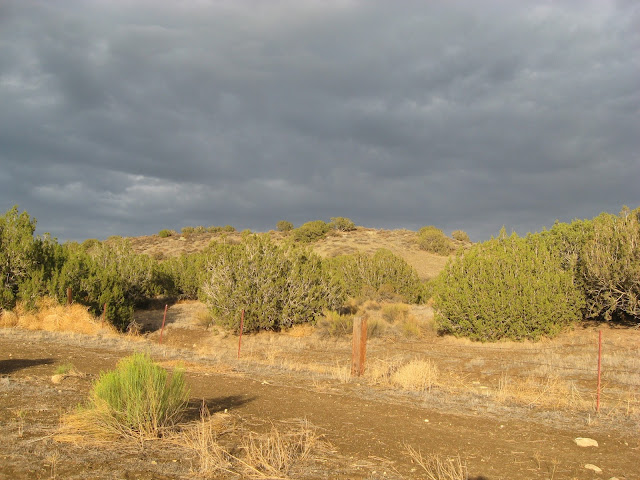 Then the rain came, finally. And it was a good rain that continued on and off during the day. 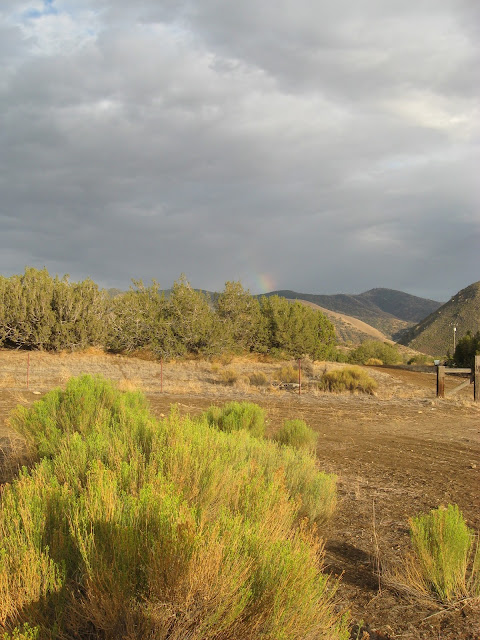 My husband and I heard a doctor on TV mention some really good results in lowering the three-month average test score, the A1c, for people with diabetes who walked only ten minutes after each meal. I only walk after breakfast and that really helps both my diabetes and my general sense of well-being. I eat a very light lunch, but even so, I feel like a lump afterwards and often just take a nap. Same thing after dinner. 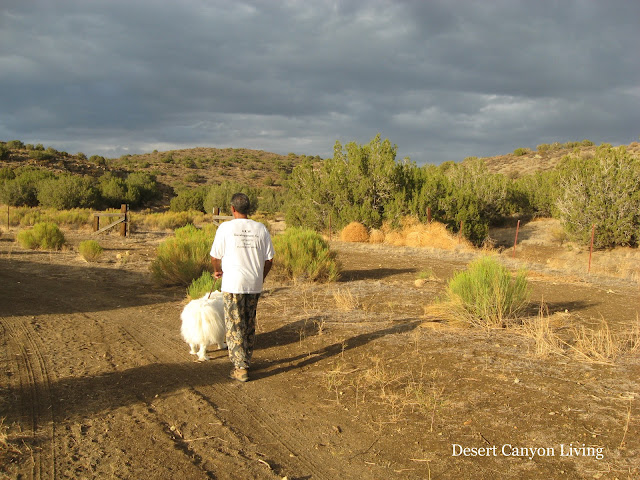 So last night, when hubby suggested we go for a walk, I was ready to begin something new. I took my camera and off we went. Up to the barn and all around. 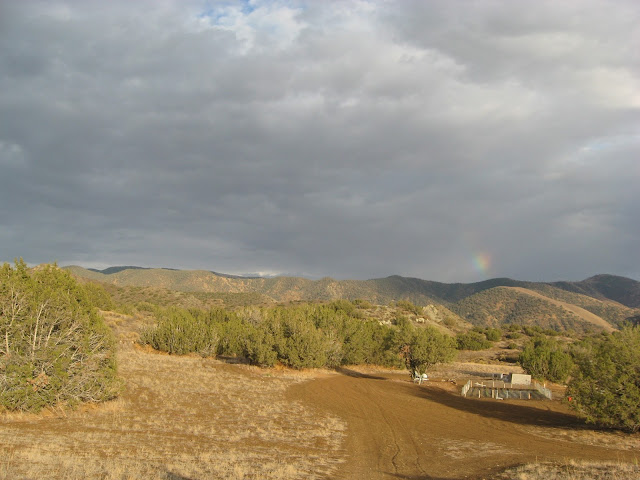 The evening sun provided a beautiful contrast to the mostly dark skies. One end of a rainbow appeared over the eastern mountain ridges. Hubby said lets just walk down to the gate and then turn around. And that's when we saw them: 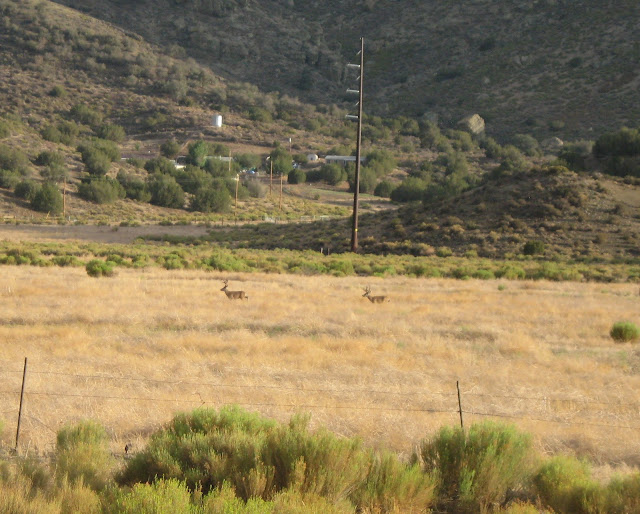 Two deer, running at full speed through the field. 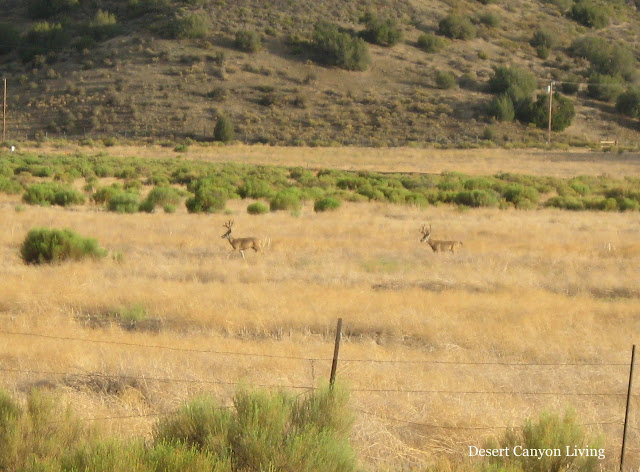 We have deer here, but we seldom see them. And I don't think I've ever seen two running like these did. It was a magnificent sight that we would have missed had we stayed in, in front of the TV.