A Black Bear in Our Garden ~ Night Visitor, Leaves Tracks 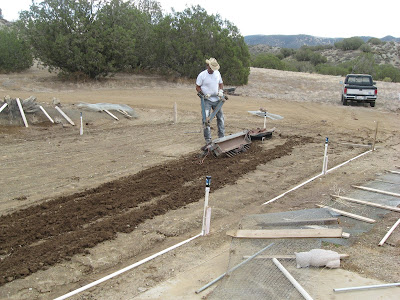 In the spring we said we would do it right if we were to have a garden this year. It got later and later, hubby installed a sprinkler system and June was almost over when he started working the parched, dry, hard as rock earth. After some hard work, since we don't have the proper tools to make life in the country easier, we were ready to till the soil. 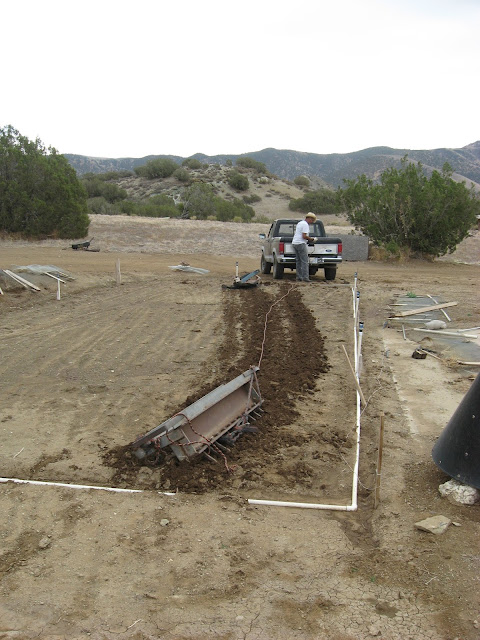 It was quite an adventure, done with me driving the truck and hubby hanging on to this grader we found in the shed that he hooked up to the truck. He had to actually lie down on it, yelling at me to do this or that with the truck, so we wouldn't damage the sprinkler system. If I couldn't hear him, he started pointing and waving his arms, a sure way to get me to go in the wrong direction. But we managed without major traumas, although we are pretty sure to rent a rototiller next year. 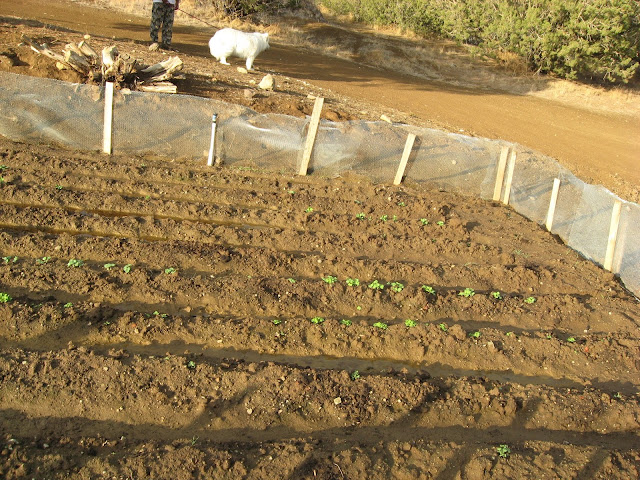 On July 13, hubby sowed the seeds, while I sat in a chair above the garden, and noted what went where, so we'd know later. I definitely had the easy part of that chore. 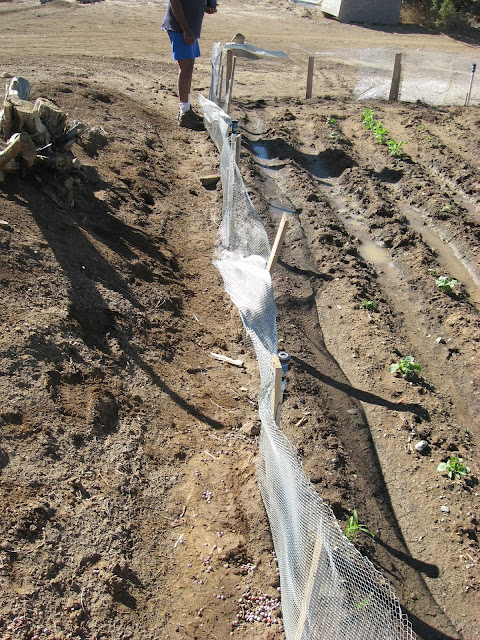 The seeds sprouted with amazing speed and all went well, some deer had gently stepped over the fence to drink some of the water left in a furrow and three gophers had to bite the dust. Then one morning the little fence was broken and a much larger visitor had trampled around in the east end of the garden. A black bear. 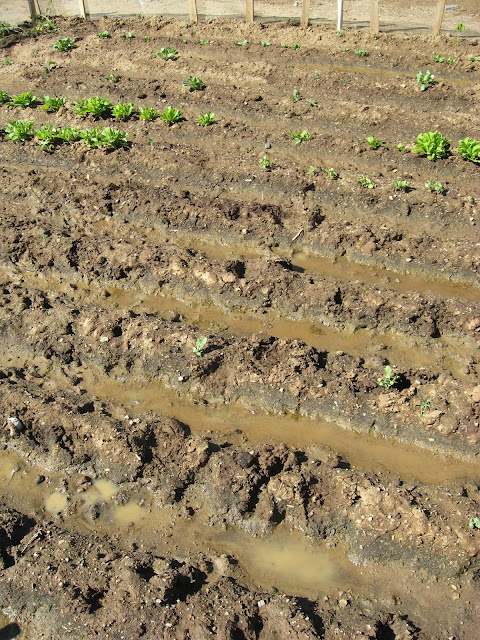 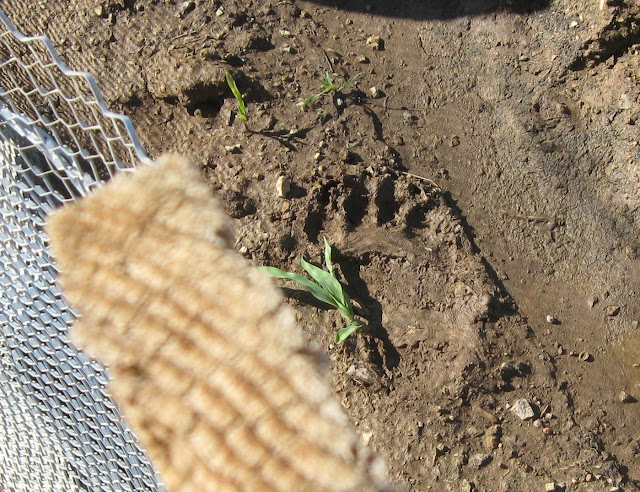 While we could see the tracks, the bear had muddied everything up so it was really hard to get a picture of them. The above paw print was the best I could do. There were also some clear ones of the bear heading east after quenching his/her thirst and trampling our seedlings. 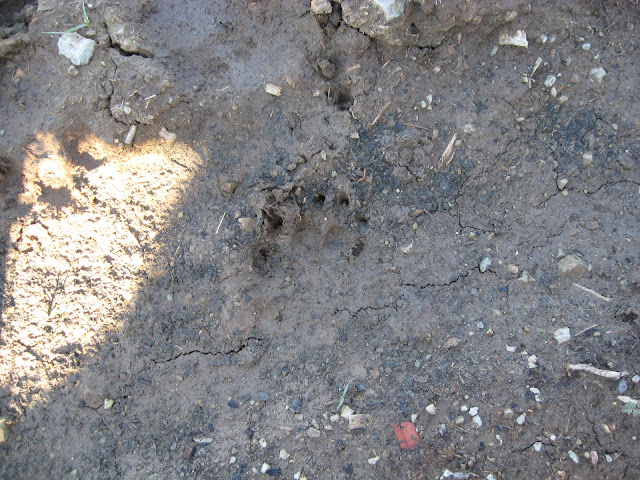 The bear came back the very next night, and the above paw print also appeared. I know it's hard to tell here, but it was much, much smaller, still with five toes, like a bear. A cub, perhaps? We have a few black bears around here and sometimes in late summer they come to our place and eat juniper cones, so it's possible it was a mama bear with a cub, not something you want in your backyard. Or your veggie garden. 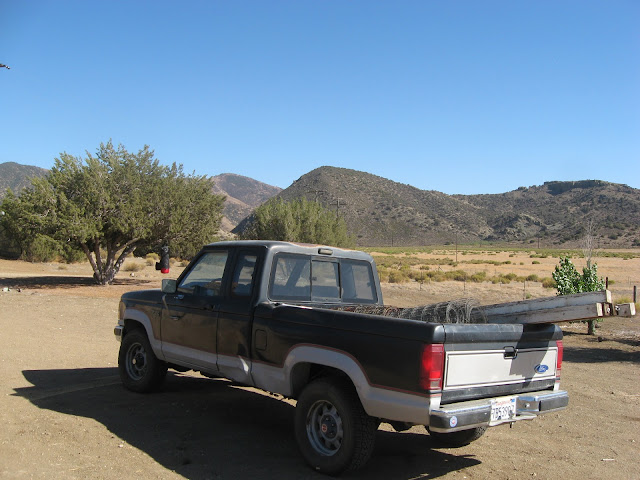 After that second visit, hubby decided we needed a taller fence, so we got into Old Betsy, as we call our truck, put her in 4-wheel drive, and took off out on the land to see what we could find. And we found plenty of fencing material and metal fence posts, ideal for this venture. It's amazing what people leave behind. When I was younger, like in my late 60s, and lived here alone, I cleaned up a lot of it. And had a lot hauled away. But there's still so much left to do, and I just don't have the energy now. What you see in the truck are some of the leftovers from our round-up. 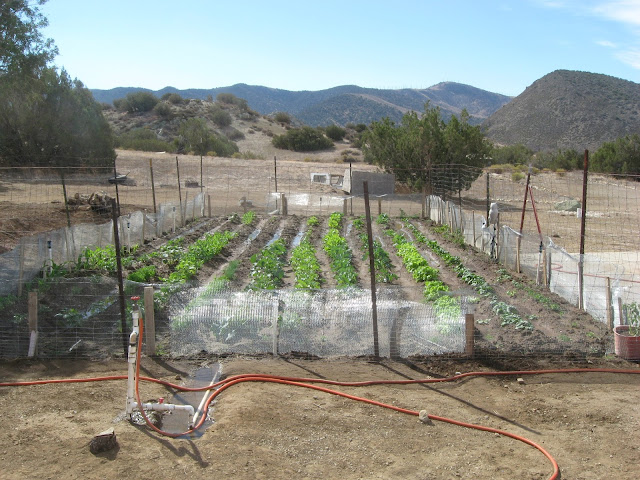 My husband put up the five-foot fence in one day, a lot of wiring the fence to the posts, but he got it done. He's so patient, unlike me. And the garden took off. On August 18, it looked like this. 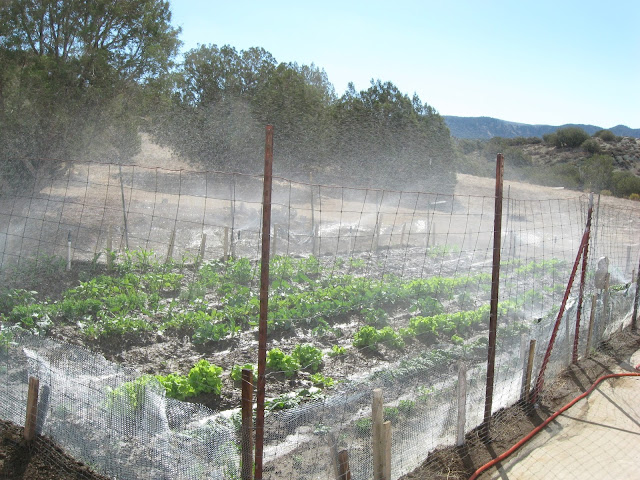 While everything may not mature in time, we will eat lettuce, spinach, collard and mustard greens, radishes, zucchini, carrots, and so on, for a long, long time to come.

The big bobcat has come back, but we haven't seen any evidence of bear visitors in the night. 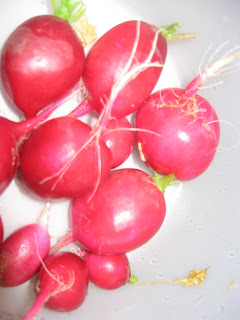