Random Stuff From The Canyon 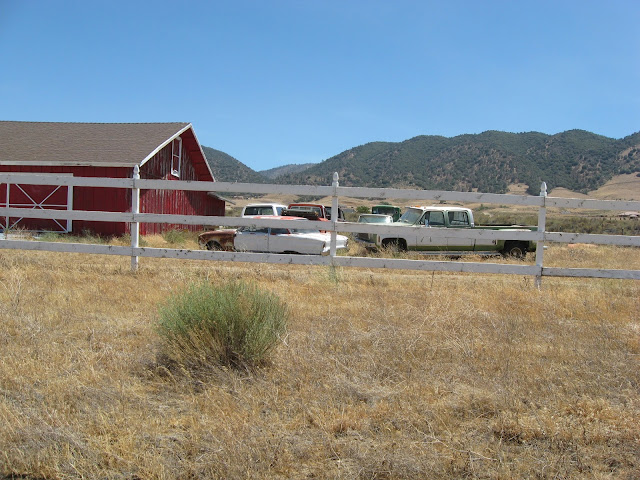 Last Friday, I had the medical procedure to check those parts of me I really don't want to talk about in detail here. All went well; some problems were found and corrected, but nothing was seriously wrong. Hopefully, I will be free from the many UT infections that have annoyed me so these last few years.

The photo above is the unedited version of the one below I posted a while ago. I was out looking for barns, but liked the cars better than the barn. As you can see, the trucks were all on private property, albeit very close to a main thoroughfare. 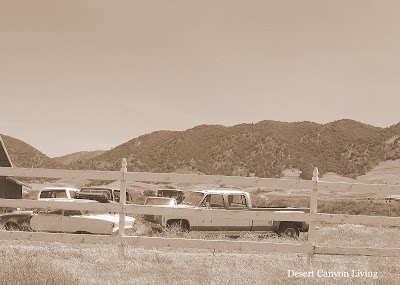 I have a couple of old cars sitting around here too, so I really have nothing to say, except we are far from any road. One, an old towtruck, was left here with a lot of junk by previous owners.

One day, when I lived here alone, some dudes drove up in a huge truck and asked something in thick Spanish accents that it took me a while to understand. What they were looking for was scrap metal! My husband, who thinks he can find use for everything, was working/living in L.A. at the time, so I saw my opportunity. I took them to a clearing east of our house that was full of junk, most of it metal. They took everything, except old tires and some wood. A huge improvement. 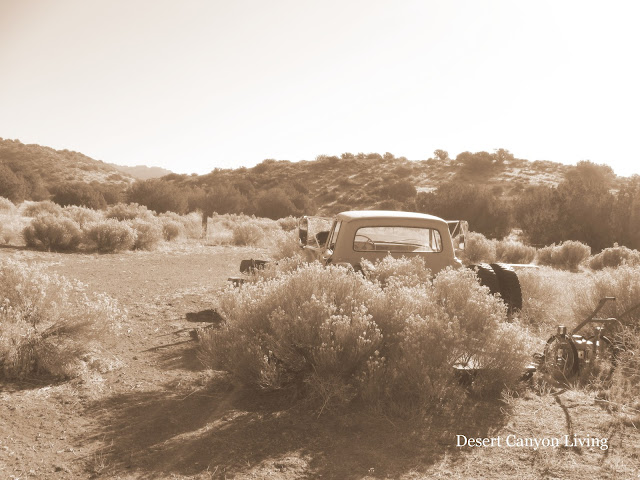 But I left the old truck up by the barn, I've kind of grown quite fond of it, actually.

While I was recuperating from the medical procedures (and I believe I was under the anesthesia for quite a while -- I have been tired) I have been reading some good books and then then I won one! This one:

It's a mystery, a lighter side mystery, it says on the cover, which is just what I need. I won this book from Carol Kilgore's blog Under the Tiki Hut, where she hosted a giveaway for the author, Jan Christensen, who blogs here:
http://www.janchristensen.com  Thank you, Carol and Jan. I'm looking forward to reading this mystery.

Because of that tiny, one drop at a time, drip we left alone up by the garden, which created a small puddle underneath, we now have an abundance of birds to watch. Mostly small ones, but the roadrunner comes by every day now and, of course, the ravens. 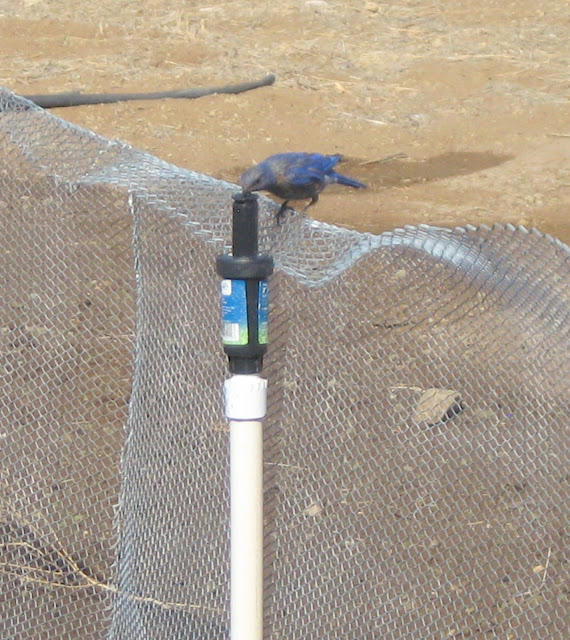 This Western Bluebird (never seen here before) doesn't look like much here, but when he spread his wings and flew away he was  gorgeous. His wings and back were an iridescent blue, a deep, deep blue that I just watched as he disappeared out of camera range. A stunning sight that inspired me to try PicMonkey for the first time. Inspired by my friend Sandra Madsnapper, of course. This is the result: 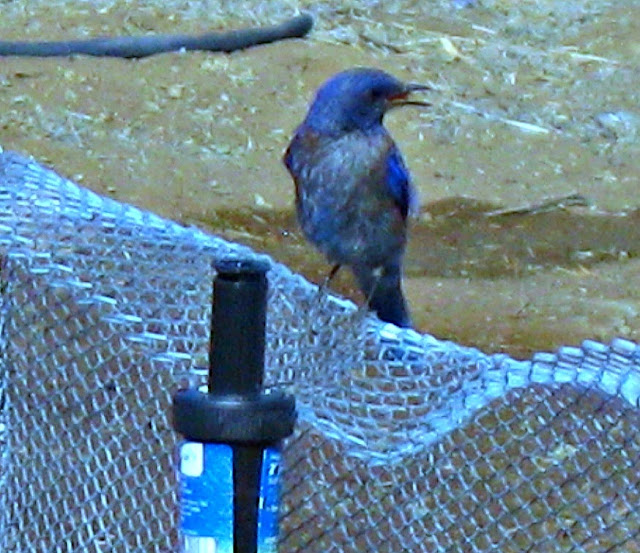 But birds are not the only ones, deer come by at night, they have trampled in our garden, but not touched anything; chipmunks, new to us here, provide endless entertainment; and there are the rabbits, countless it seems, so cute and fun to watch as new babies appear all the time. And now we have a bobcat too. I took some pictures of him walking away, slowly, nonchalantly, after first finishing his drink. Oh, cats, you gotta love them! 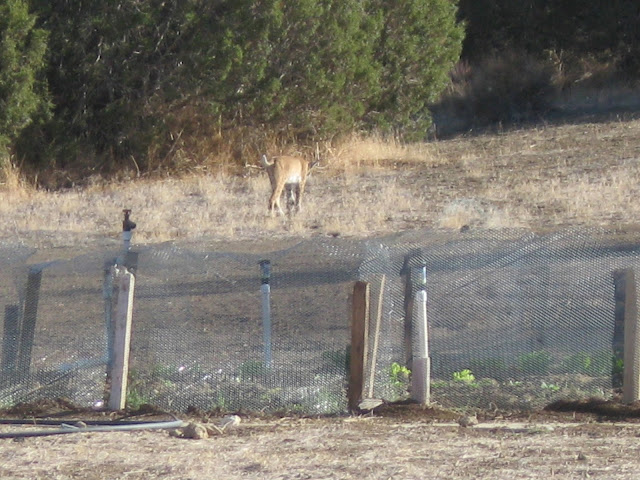 Ok, that's enough rambling for now. Thank you all so much for visiting and commenting on the post about Soldier. He is an unusual dog, sort of living in his own world, sustained by his great love for his daddy, but looked after by me, something he doesn't seem to realize at all. He hates all other men and will bite any who try to approach him. He is a weird dog, one that I perhaps love more than any other I have ever known. He is very courageous and was named well by those fools who then tied him to a doghouse for seven years, and were going to take him to the pound the day after my husband came by, by chance, and rescued him.

I'm off to town now, but I will visit everyone in the coming days. I have missed you. And I also miss all those bloggers who seem to have disappeared lately, what's that all about? Fodder for another post, no doubt.