The Battle of the Bobcat, the Coyotes, and Two Ravens 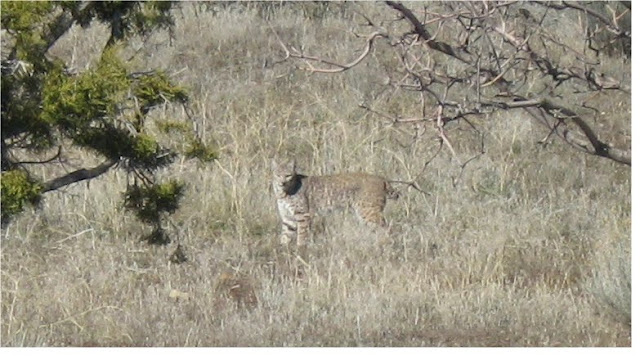 The bobcat pictured above used to come by here quite often. It's a large cat that also used to hang out at the donkey rescue. Both Rachael and I became familiar with it. Though large, it's nowhere near as large as the bobcat in my previous post, and it has that square body and a small head: 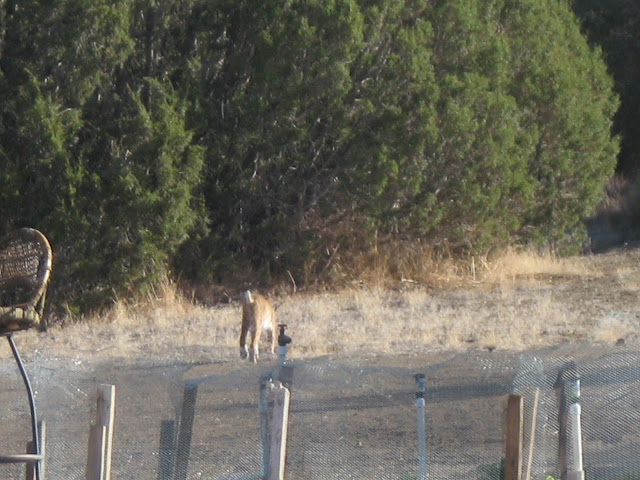 The most recent bobcat visitor, large, tawny, but smaller than a mountain lion. It gets your imagination going though. 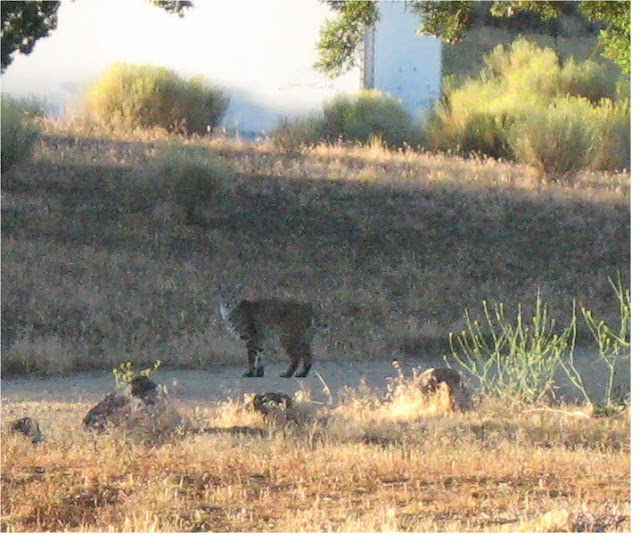 This cute bobcat came by a few years ago. It's a small cat. Very speckled. Sorry about the bad quality of the picture. 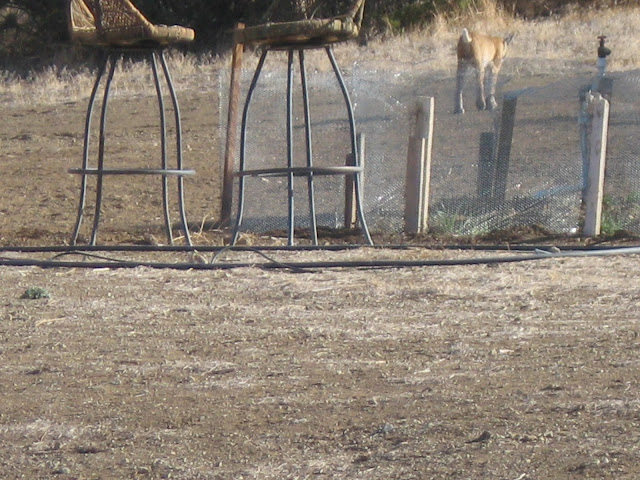 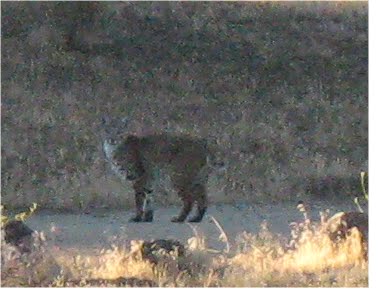 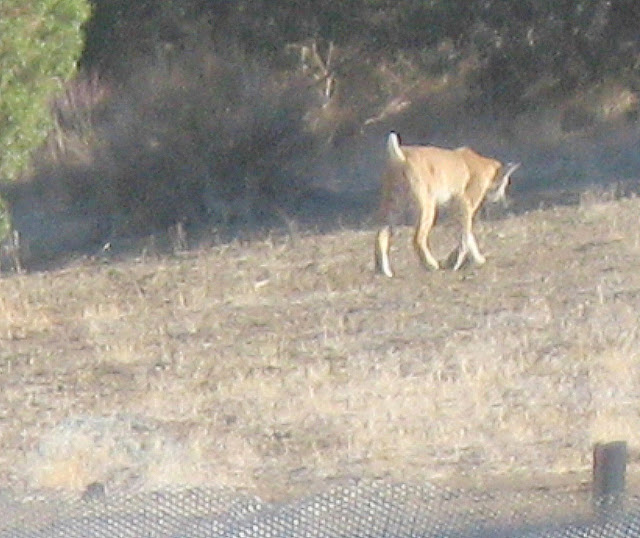 What interests me about this cat, in addition to its color and size, is the large size of its head. I hope it comes back again so I can get a better look at it. 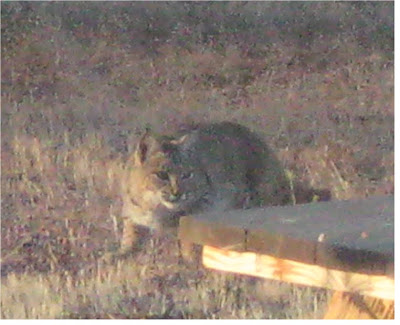 My favorite picture of a bobcat hunting. I have it in the sidebar of my blog.


The Battle of the Bobcat, the Coyotes, and Two Ravens

The bobcat came through the long dry grass running, unusual for a bobcat, they always seem to stroll along, aloof and in control. This cat seemed to have lost its calm as it crossed our driveway and ran into the next field. Then I see two coyotes following the cat, closely, quietly. This caught my attention, but I had no idea I would soon see something remarkable.

Two electrical poles sit in that field and when the cat reached the first pole, it began to climb. Now that's a very long climb to the top, with nothing to hold onto, no branches, no knobbly outcroppings, just the plain old pole. While I'm looking, rooting for the cat to make it to the top, the two coyotes stop, look up also, and sort of shake their heads and move on, out of my sight.

Two ravens are perched at the top of the pole, also looking on with interest, as the cat continues to climb, making quite a racket, scratching its way to the top. The two ravens, annoyed now, fly off to sit on top of the other pole, regrouping. The bobcat rests on top of the pole, safe for now, surveying the land below. I'm standing there with my mouth wide open. It seems unbelievable that the cat made it that high up. Just by its own strength. And then it begins.

The ravens attack. Poor cat, after all that, it is getting dive-bombed by the two ravens. I see the cat hiss and claw into the air, but it has no chance, these birds are large and they are mad. I guess the cat invaded their pole, their territory or something. This goes on for a while and I grab my cellphone and call Rachael down at the rescue, to share my exciting adventure in the animal world. As we talk, I look away for just a second, when I look back, the ravens sit proudly at the top of "their" pole and the cat is gone. "Rachael," I cry, "the cat is no longer there, did it jump? Did it fall? Does it really have nine lives, what about the coyotes?" Rachael, not one to panic like me, suggests I walk over there and check it out. I do, I look under all the rabbit brush, I look everywhere, there is no cat in sight. Nor any coyotes. But two ravens sit atop their pole, victorious, their dangerous large black beaks shining in the sun.