I hope it will take your minds off these troubling times for a few minutes and cheer you up.

In the summer of 2014, Samson was five and Faith, born in April, just a few months old. That was the summer Errol first became ill and we spent a lot of time at UCLA, both in the hospital and also to get both of us qualified for a liver transplant for Errol. I had to be approved too because I would have to care for him.

So it was left to Samson to bring Faith up and for Faith to cheer all of us up with her puppy antics and her already blossoming me, me, me/first, first, first personality. 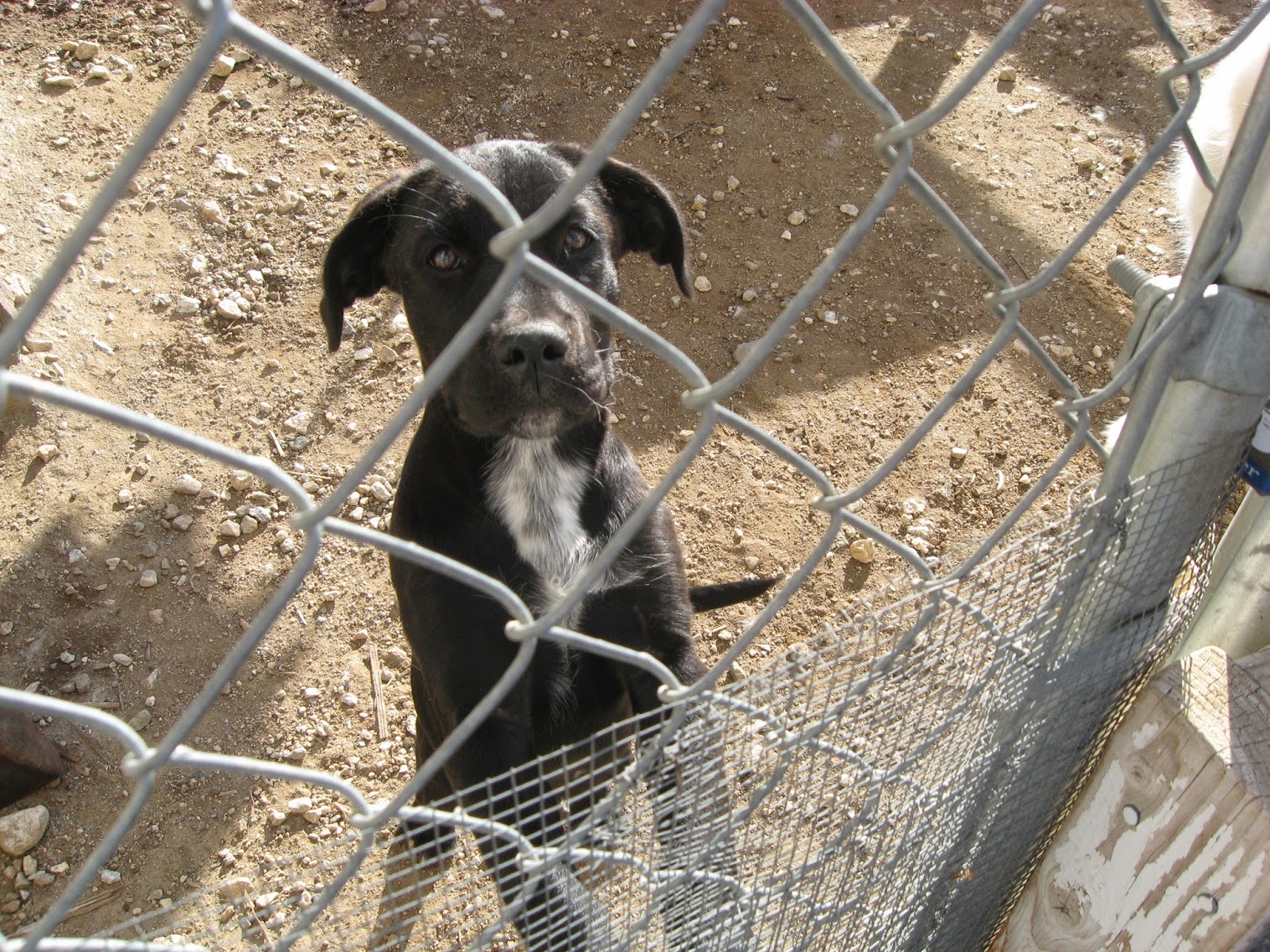 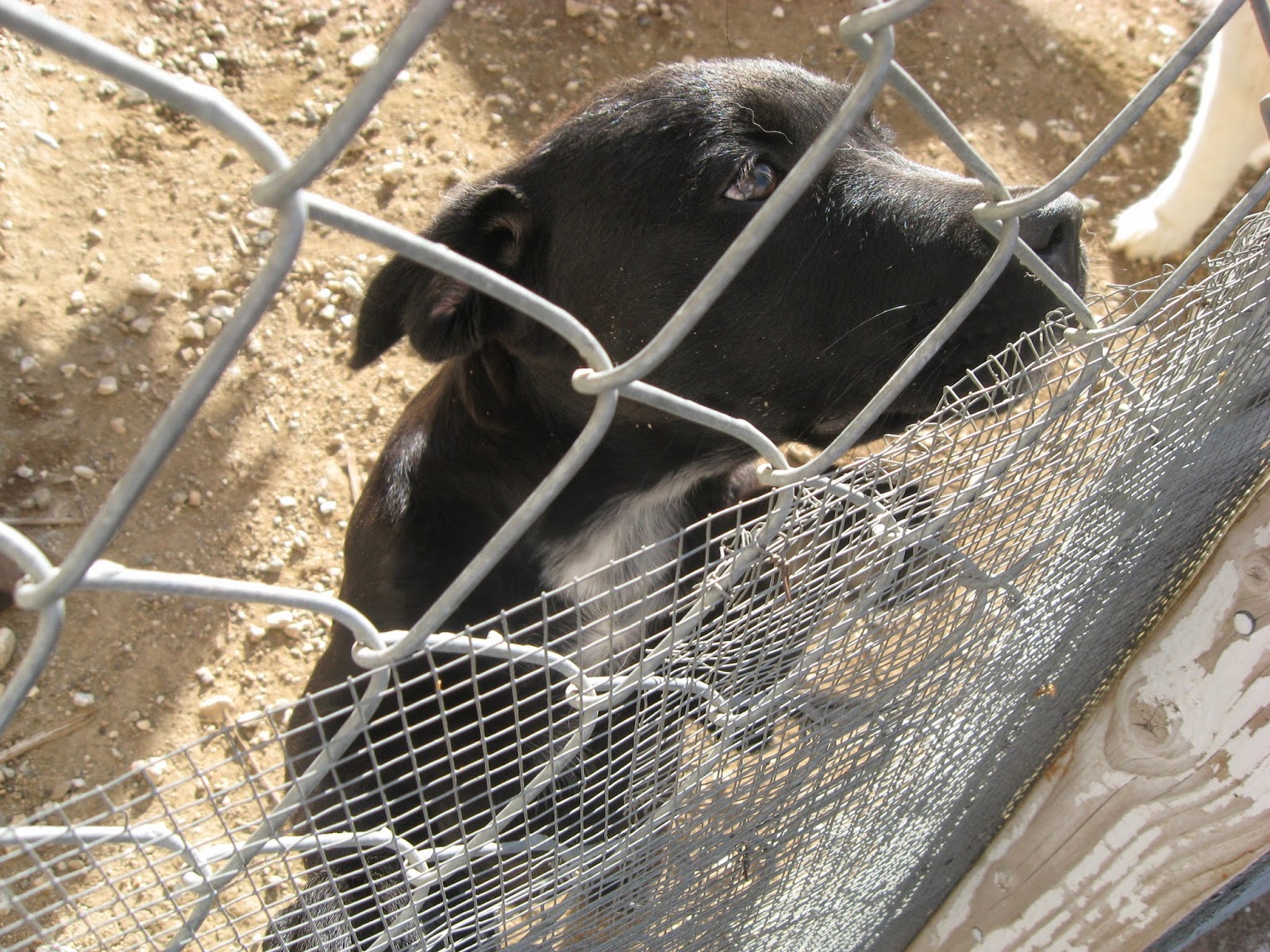 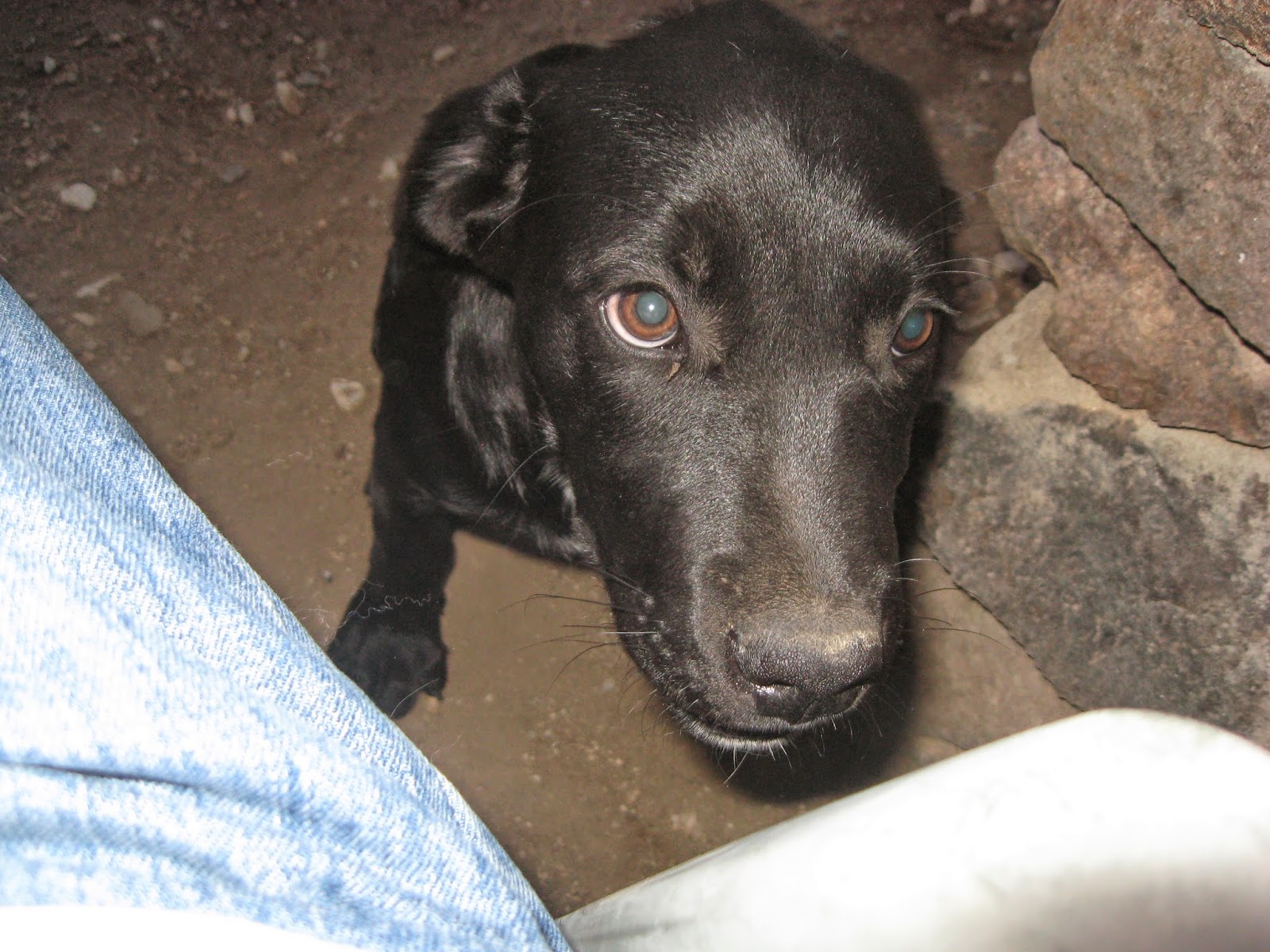 I sneak up on mommy! 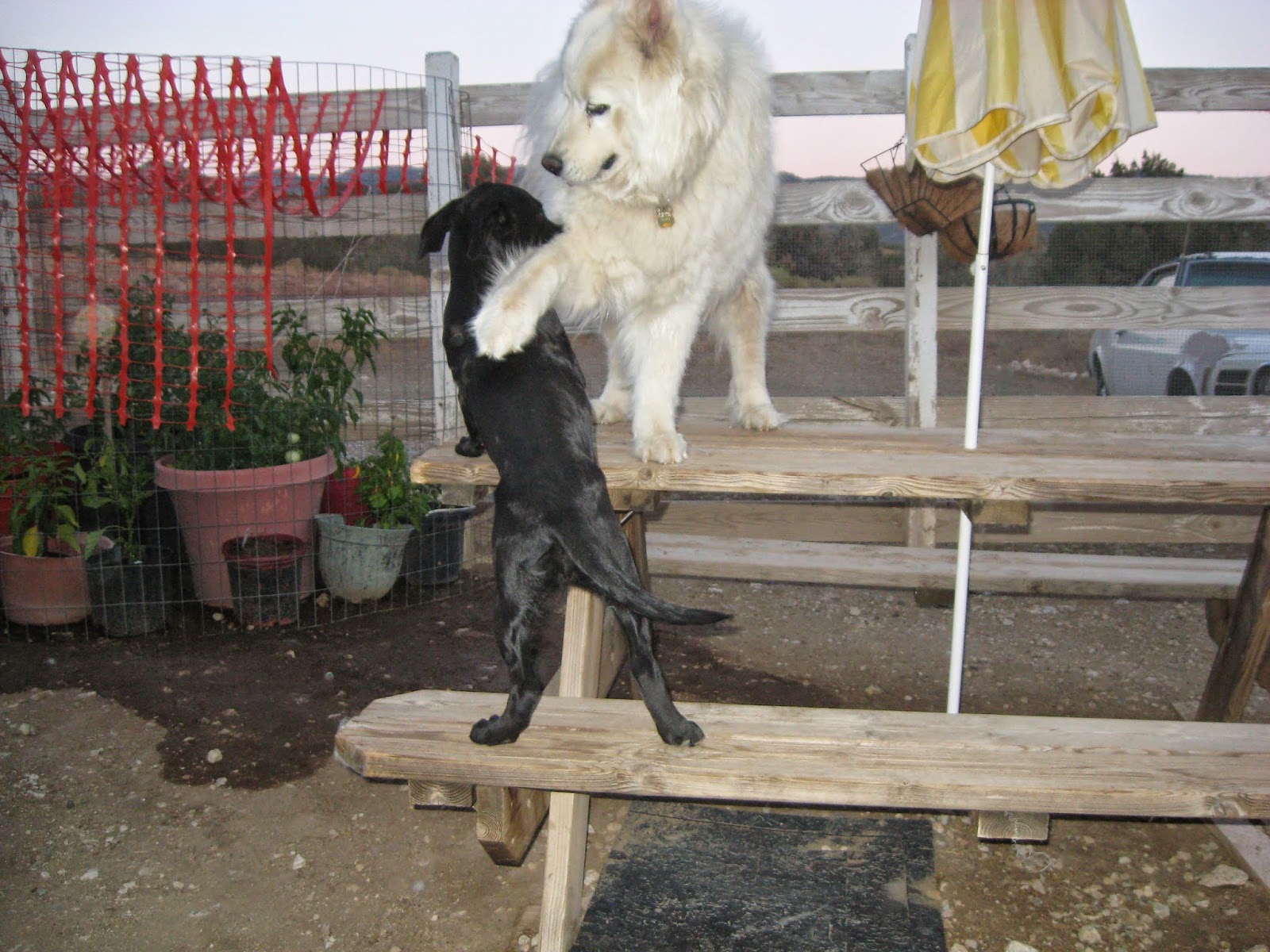 Then Samson gets me! 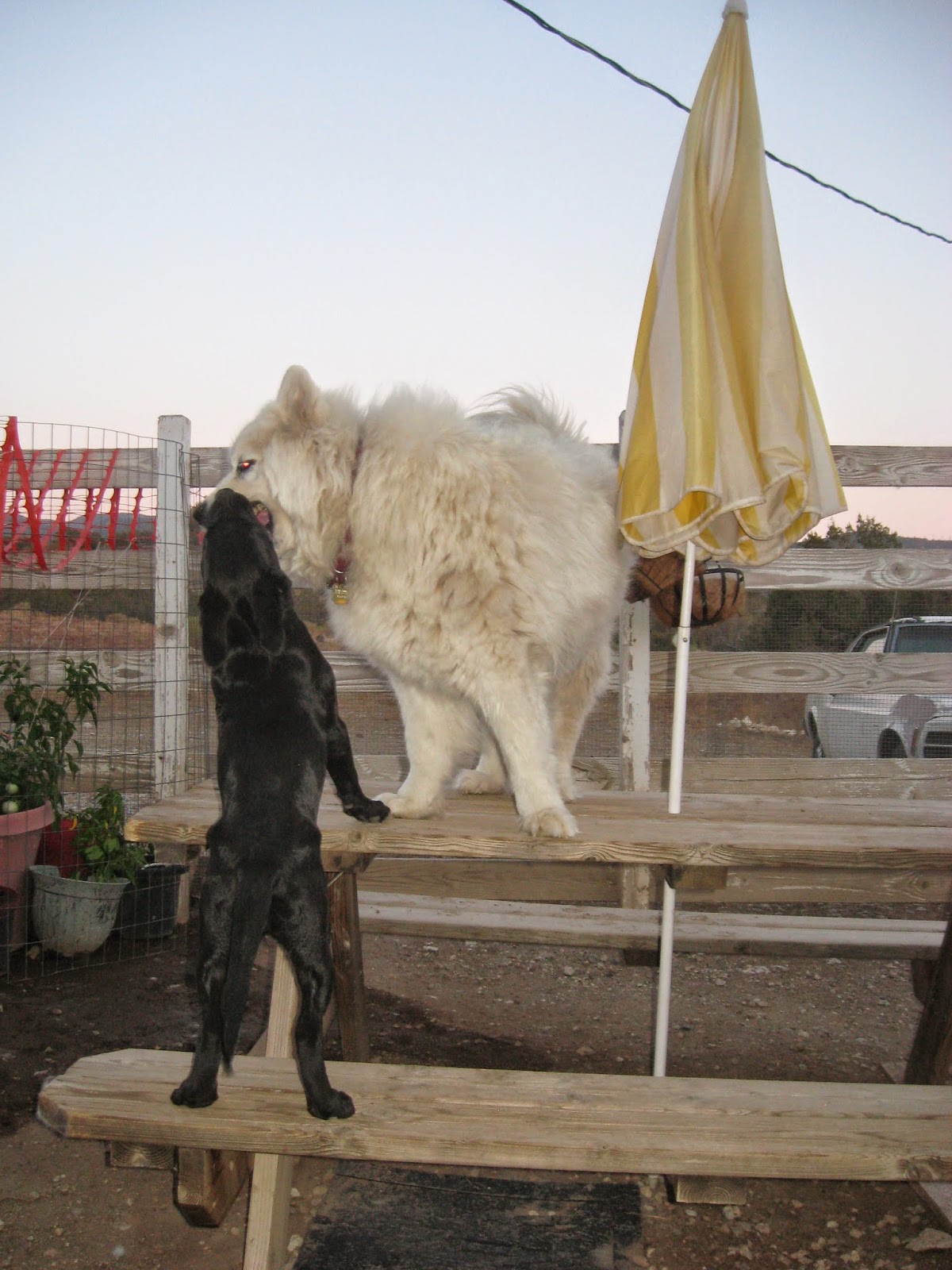 Ouch! My whole head's in his mouth! 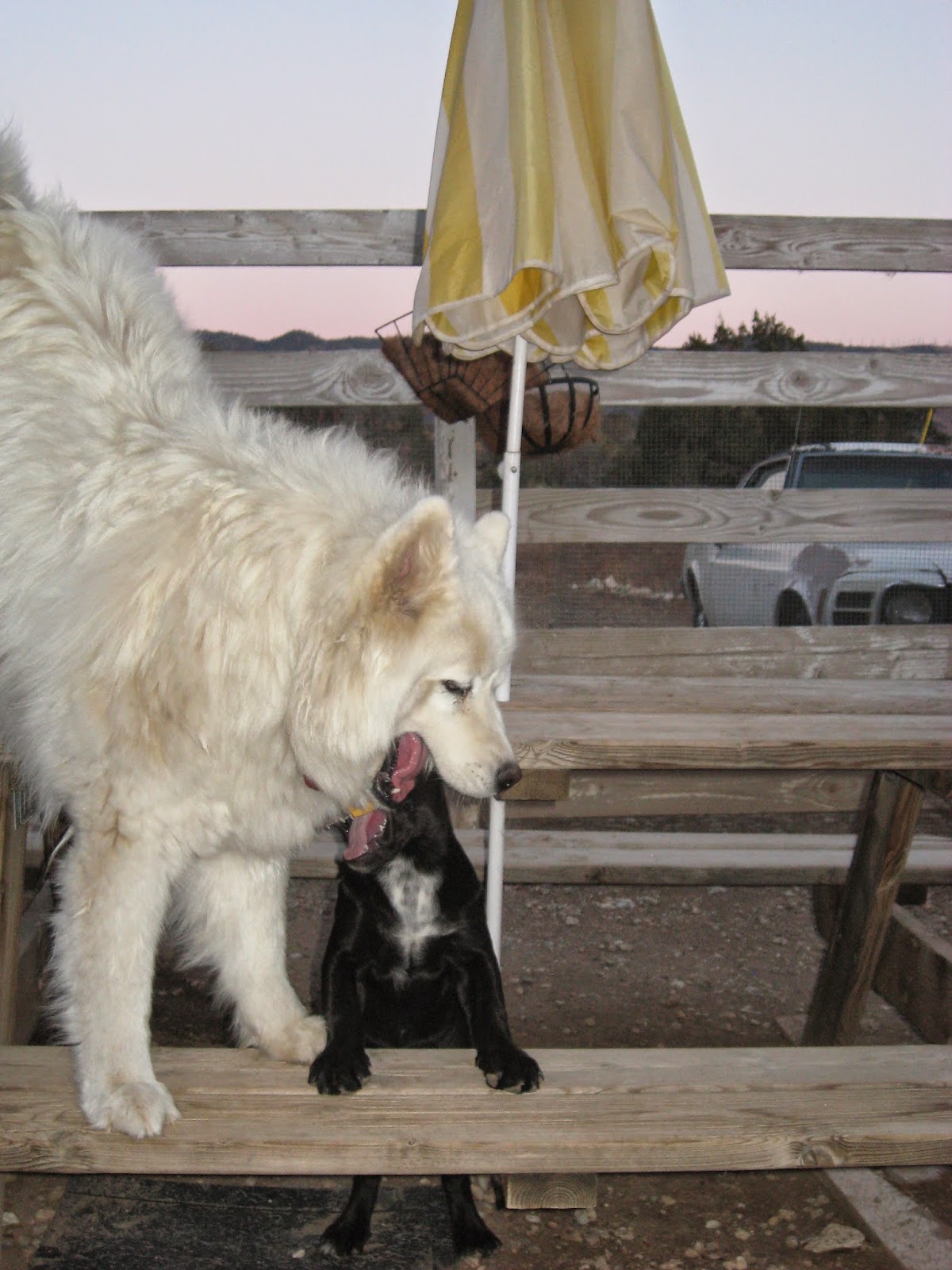 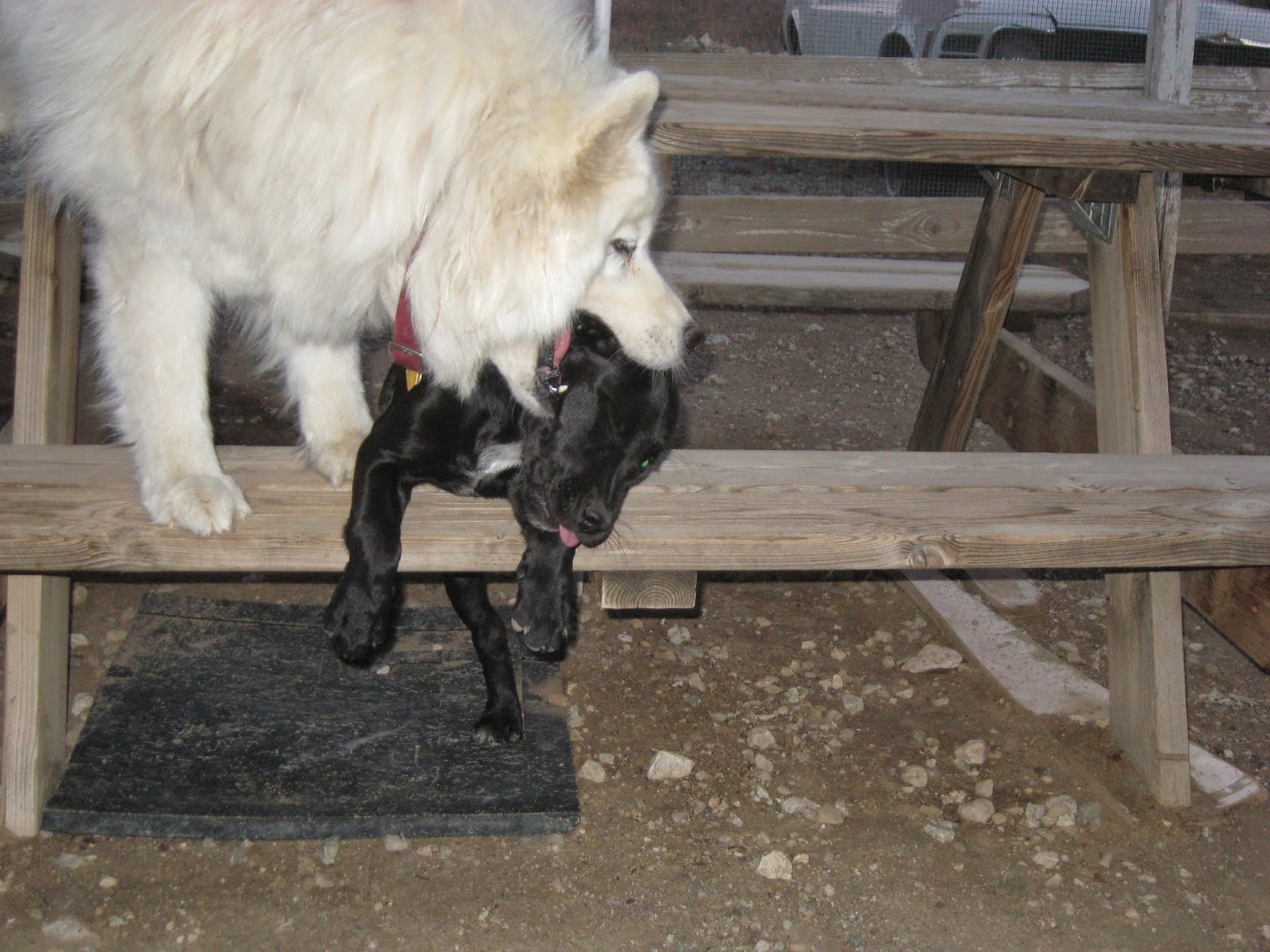 Now he's got me by the scruff of my neck! 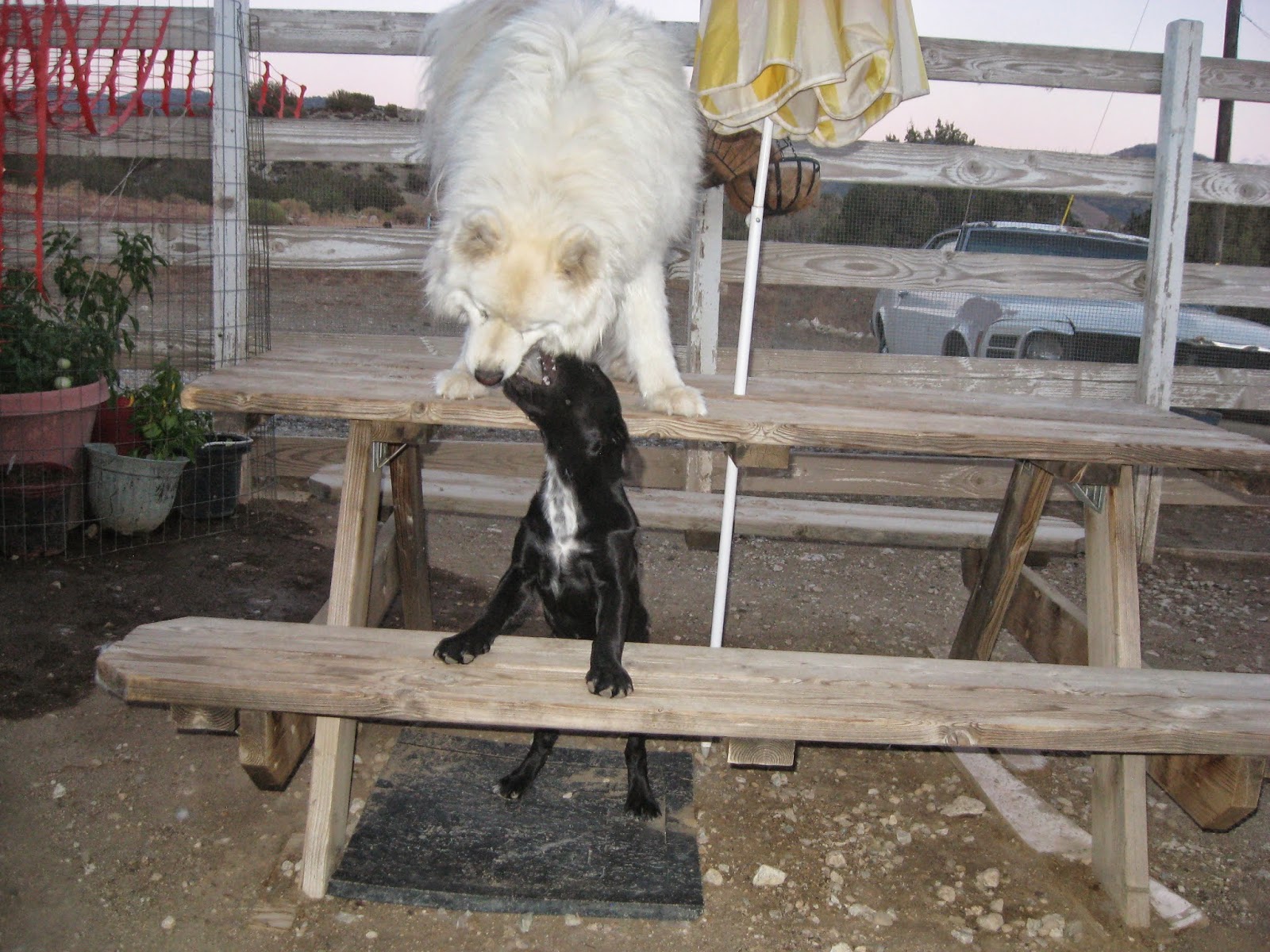 I better take cover and bite him right back! 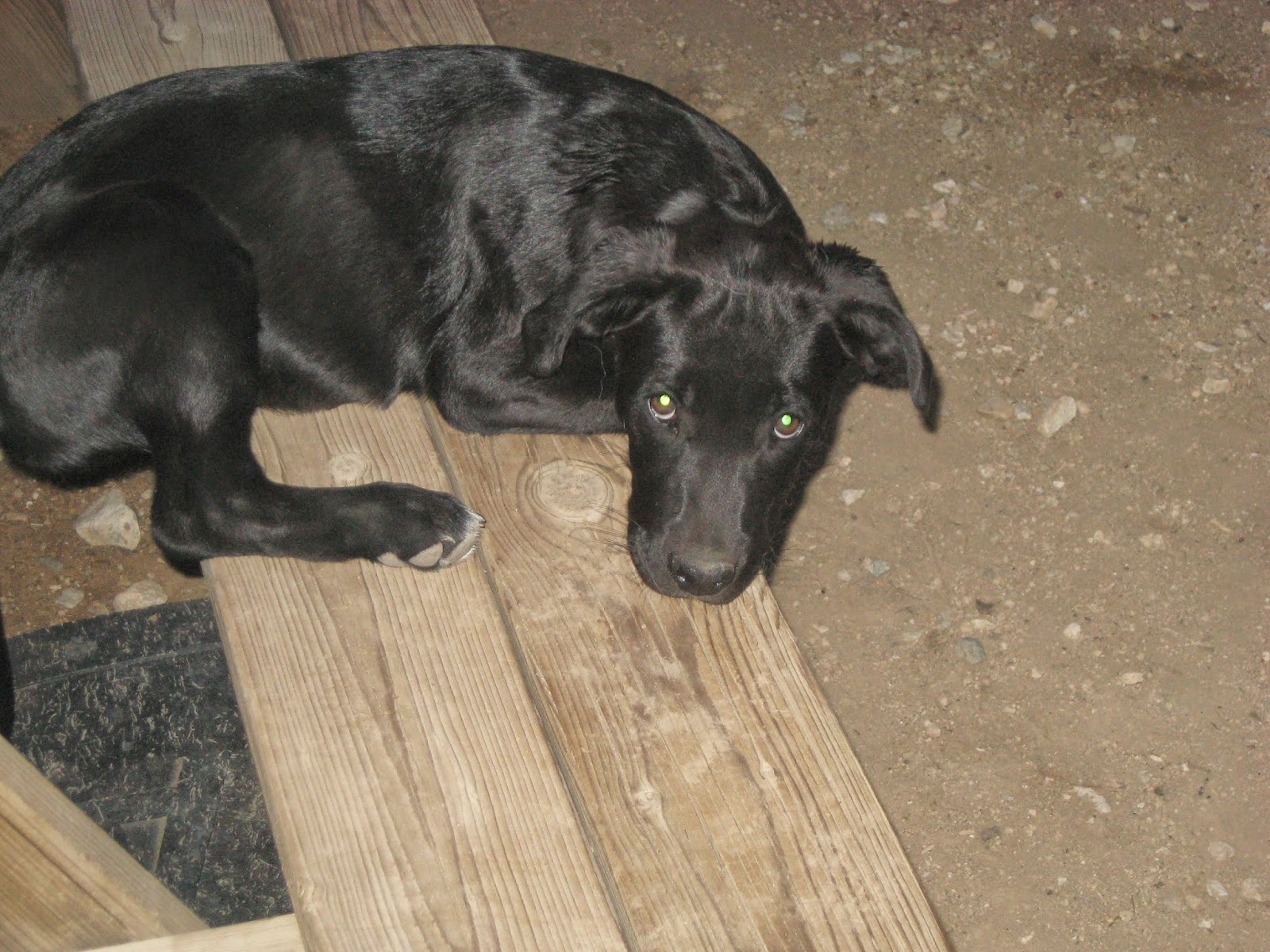 After playing hard, a puppy needs a break 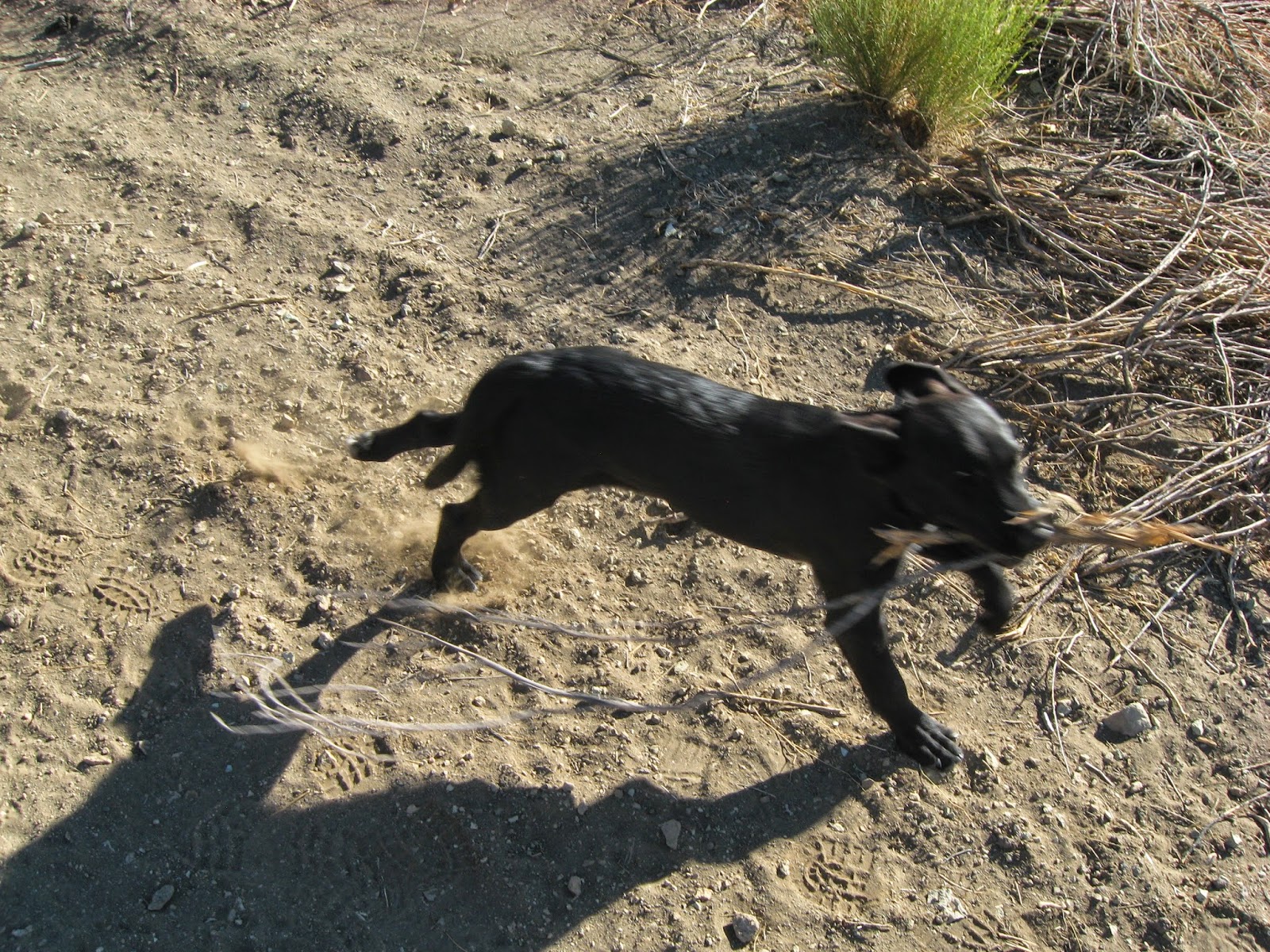 I just love to pick up stuff and run with it in my mouth. 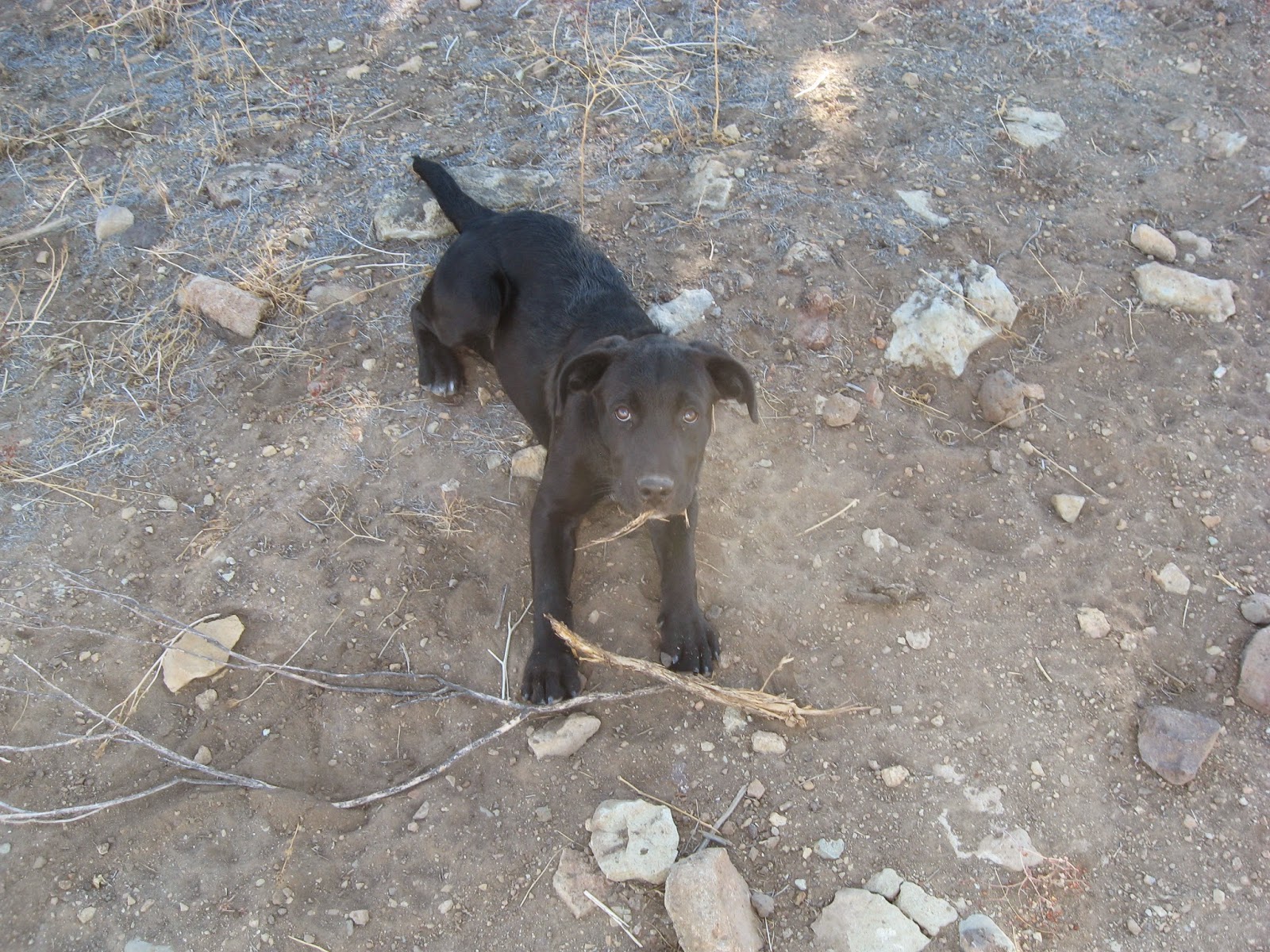 We end this month's pictures on August 30, 2014, with me giving my bestest big bro a big lickety kiss. 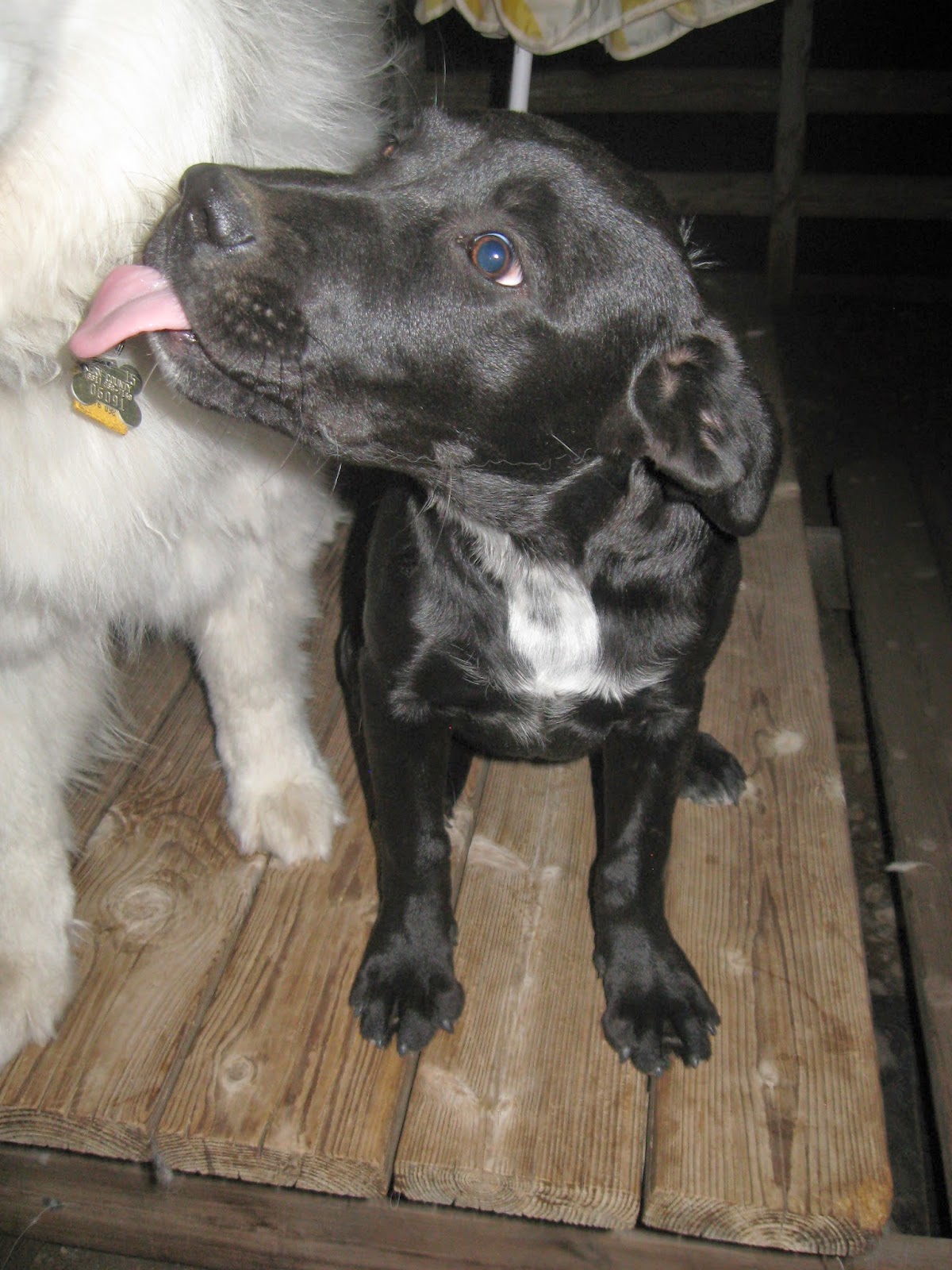 In case you wondered: Yes, I eat white fur, I have white fur hanging out of my mouth, in my ears, over my eyes, everywhere........

Samson's getting mad now, cause he's not even in this picture, except for his big paw.