Tales From The Vicarage ~ Mr. Jones

How I Sent The Vicar Down The Straight And Narrow

I spent about two and a half years in London in the late 1950s - early 1960s. At first, I went to school and lived with a Polish count and his family. They were poor, refugees, lived in Ealing a London suburb. They rented rooms to add some income. They were intellectuals, he worked for a literary magazine, and all sorts of interesting writers and musicians visited their home.

After I left the Polish family and spent a summer in Sweden, I looked for a job as an au pair, someone who helps out with children and does some light housekeeping.

I don't remember how this came about, but I got a job in a  British vicarage, located in Lee Green, Kent. I was to look after a four-year old boy, named Stephen. The other members of the family were Mr. and Mrs. Smith, their daughter Janet and eldest son Robert. I believe they were around 12 and 10 years old at the time.

Other family members were an orange cat, named Ginger, a rabbit named Biscuit, and a guinea pig that the kids gave to me. There was also a stout woman, named Mrs. Plummer, who came in and did the heavy housekeeping for the family. Mrs. Smith worked outside of the home and Mr. Smith, the vicar, worked at home. They were a wonderful, warm and caring family. The children welcomed me with open arms and I felt at home from the moment I arrived. 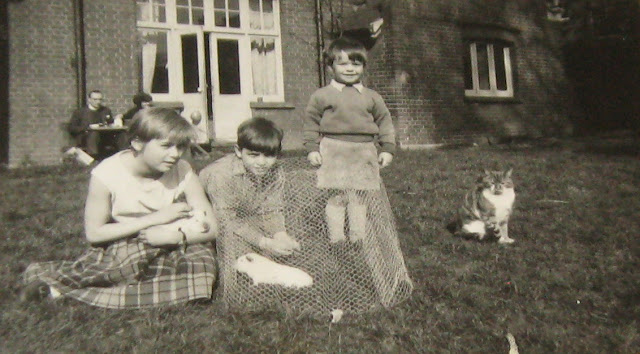 The kids and their pets.

I only worked about half a day, around lunch and early afternoons. Janet and I often went to her riding school and rode horses. My favorite was called Everest, a huge, but friendly horse. We would go on field trips with the horses, riding through the beautiful English countryside. After all the studying of the previous year, it was an easy and peaceful life. 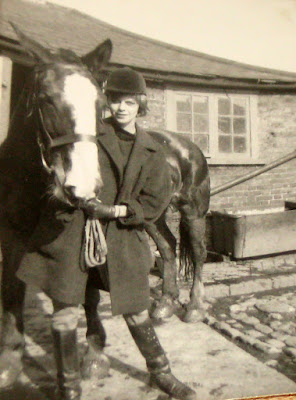 Everest and I after a muddy ride.

I often went to church with the family and learned about the Church of England. I didn't have to go as part of my job, but the vicar was a charming man, a wise man, and his services were really great. The vicar was also compassionate and kind to the many people who would come to the vicarage for a variety of reasons. Many of them came because there was a need; a need for a talk with the vicar; a need for some direction, some advice, or some assistance. 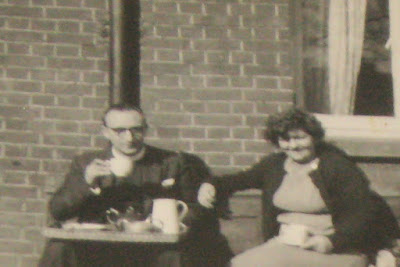 One day, the door bell rang and when I answered it, I found Mr. Jones outside. Mr. Jones was bit a socially inept, a little off and difficult to be around. On this particular day, he was clearly agitated and insisted he had to see the vicar at once. I knew the vicar was home, so I invited Mr. Jones to step into the hallway. I looked for the vicar, but couldn't find him anywhere. The vicarage was a huge old house with all sorts of nooks and crannies. I opened a couple of doors, just to check, including one to the room where the coal that heated the house was kept. And there I found him! Imagine that, the vicar, a man of God, was hiding in the coal bin ~ well, almost! 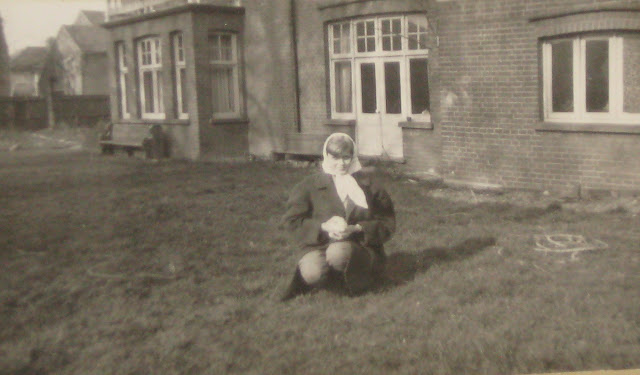 Me and my Guinea pig.

He told me to tell Mr. Jones I couldn't find him. I told him that this man is in some sort of trouble and he really needs to talk to you, so you better go and see him. The vicar said,"no, he just talks and talks and I'm busy." I said, "you're supposed to see these people and help them. And I will not lie for you." This went on for a while, then the vicar relented and met with Mr. Jones.

The next morning, the call came. Mr. Jones had died, unexpectedly, the evening before. The vicar was in shock when he told me. He thanked me for insisting  he talk to Mr. Jones, who had gone home afterwards and then had a fatal heart attack.

Much to his credit, the vicar owned up to this in church the following Sunday. Not to hiding in the coal bin, but to his own reluctance and my insistence on the day that Mr. Jones died.

I'm know the vicar never forgot me and the lesson he learned that day.