The Theater King of Sweden ~ Part I

This will be a week of a bit of Swedish history. I've been playing around with a post I wrote about a Swedish king, a tragedy, and an opera by Verdi.

My friend in Denmark told me she has recently watched programs about the Opera in Stockholm. This reminded me that during the A-Z Challenge in 2012, I wrote a post about the old Opera where King Gustav III of Sweden was assassinated. I thought why not post it again. It was a long post, so I broke it up into three segments and edited it, added some, took some away. This is part one: 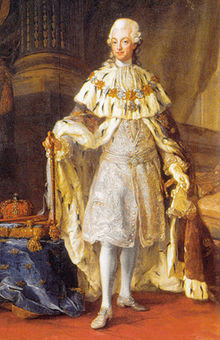 This is a true historical drama about a king who ruled Sweden toward the end of the 18th century.

I was very fond of this king up to a point. He did some  wonderful things for cultural life in Sweden, and then he sort of blew it. Apparently he was not alone. I learned that during this period we call Enlightenment, some rulers who were progressive and believed in the ideas of the time, then later changed as power became more important are called Enlightenment despots.

The king's name was Gustav III and he ruled Sweden from 1771 - 1792. Also known as the Theater King, Gustav was a patron of the arts, architecture and the building of beautiful palaces, as well as the old Royal Opera House in Stockholm.

King Gustav also founded the Royal Ballet and the Royal Theater, where his own historical dramas were performed.

The Royal Swedish Academy, which focuses on the Swedish language and, since 1901, decides who will be awarded the Nobel Prize in Literature every year, was also founded by Gustav III.

And he was a patron and supporter of one my favorite Swedish artists, the poet and composer Carl Michael Bellman.

In addition to his cultural endeavors, King Gustav reformed criminal justice, eliminating the use of torture to gain confessions and restricting the death penalty to murder and a few other crimes. He proclaimed liberty of the press, however, within certain limits. He also proclaimed limited religious liberty for Roman Catholics and Jews.

Gustav III ruled at the time of the American Revolution and took an interest in what went on across the Atlantic Ocean. According to Wikipedia, he had this to say in 1776: 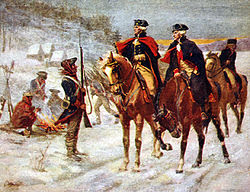 It is such an interesting drama to see a nation create itself, that I – if I now had not been who I am – would go to America to follow up close every phase in the emergence of this new republic. – This perhaps is America’s century. The new republic, which hardly has a population put together better than Rome had to begin with, may perhaps take advantage of Europe some day, in the same manner as Europe has taken advantage of America for two centuries. No matter what, I cannot help but admire their courage and enthusiastically appreciate their daring.

Part 3 ~ The Opera on Friday