Be the Change for Animals

P.S. Late in the day, I found an open link list and posted it at the bottom of this post. I'm really excited!


I signed up with the best of intentions to participate in Be the Change for Animals event, but I didn't realize that there was a deadline for adding my blog to the link list of bloggers who are participating. I had, and still have, problems with Blogger, then there was the fire in the canyon, and finally over the weekend, I've had to help my husband with a  rush project. Phew! But I want to stand up and advocate for change for animals and the millions of pets that still are euthanized every year. So I will just write this post for my regular blog readers and anyone else who comes along. I will also comment on blogs from the link list.

I know all of you know the importance of adopting dogs from shelters and avoid buying dogs from pet stores because of they are often associated with puppy mills, and to spay/neuter your pets. So I wanted to stress another aspect of dog, cat, and any pet ownership, something that my friend Rachael always stresses in her animal education workshops: Getting a pet is a lifetime commitment. To illustrate, I picked out a ton of pictures of my beloved Soldier. Soldier would have been dead back in 2007, now he has had five years with us that must seem like heaven to him. This is his story: 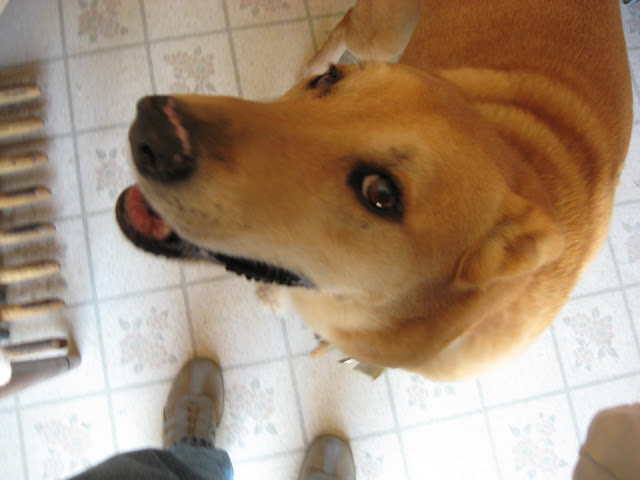 Before he retired, my husband had a construction company and in 2007, a realtor friend of his asked him to look at some work that needed to be done on a house she was selling. The owner was moving to Florida. My husband decided the work was not for him, but noticing a dog tied by a chain to a doghouse in the yard, he asked what the owner planned to do with the dog. She told him that since she couldn't find a new home for him, he was going to the pound the next day. Then she told my husband the dog does not like men, and to not go over to him. 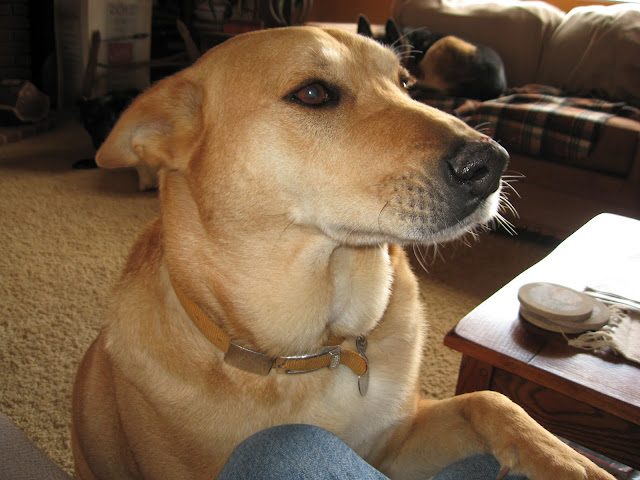 My hubby, sweet man that he is, went over anyway and the dog, whose name was Soldier and who had been trained to march in place for his food, was all over him. My husband took Soldier home. Because of work, my husband lived in Los Angeles at the time, while I lived here in the mountains. The first time I drove down and met Soldier, I was in love. 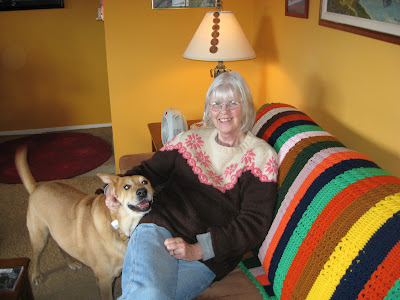 Soldier has since become my 77 lb lap dog. I am so in love with him. Soldier, on the other hand, probably loves me back, but it's very clear what his priorities are. In this order: Food, Walk, Daddy. He will whine for any and all of these three, the only dog we've ever had who knows how to whine. 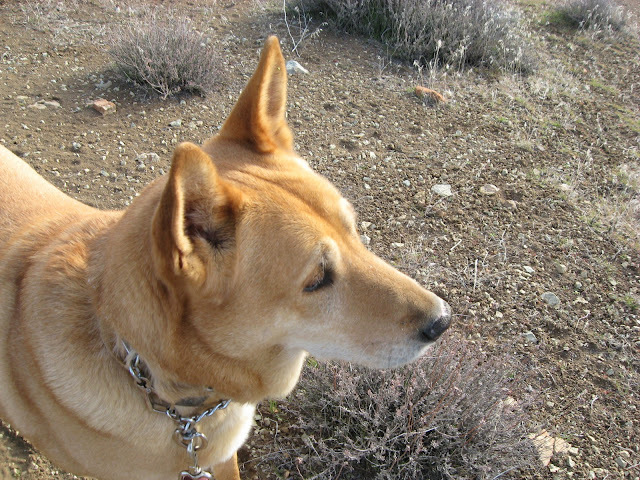 Overall though, he's had a very happy life here with us. And here are some pictures of the five years he would not have had if he had gone to the pound (not only is he men aggressive, his is also food aggressive, and vet aggressive. He was seven years old at the time, not neutered, and missing both upper and lower front teeth from chewing on his metal chain, trying to get free, so not a happy prospect for adoption). Here are a lot of pictures of Soldier's life with us.

A sleeping Soldier is something to behold. This dog knows how to relax, a sign of a happy dog, I think. 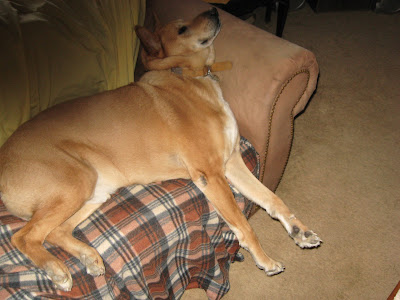 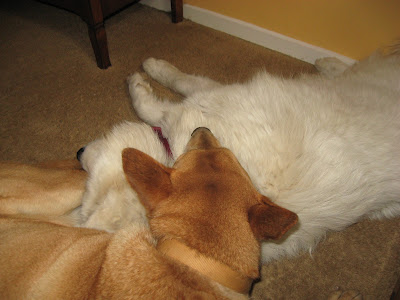 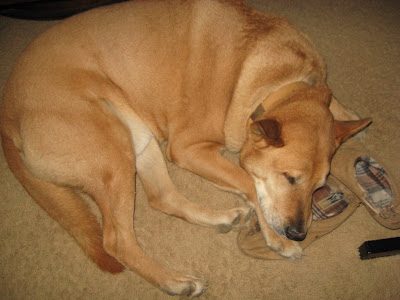 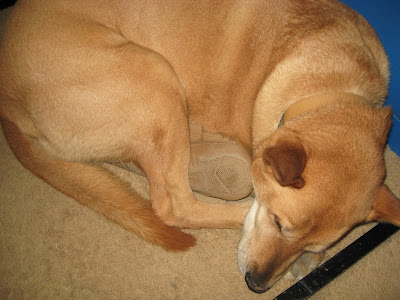 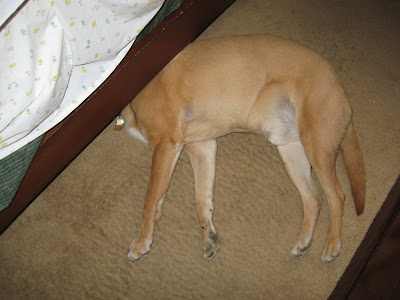 Soldier is probably part German shepherd and is an excellent guard dog. He's getting a little hard of hearing now, but is still doing a good job. 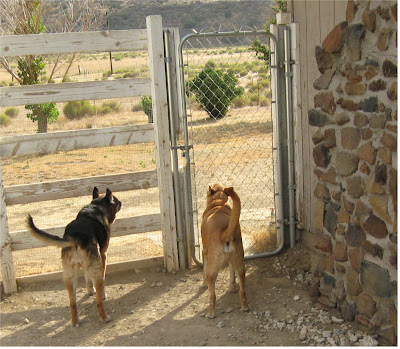 Looking at him, you may think he's part lab, but he's afraid of water and has no idea what to do with a tennis ball! 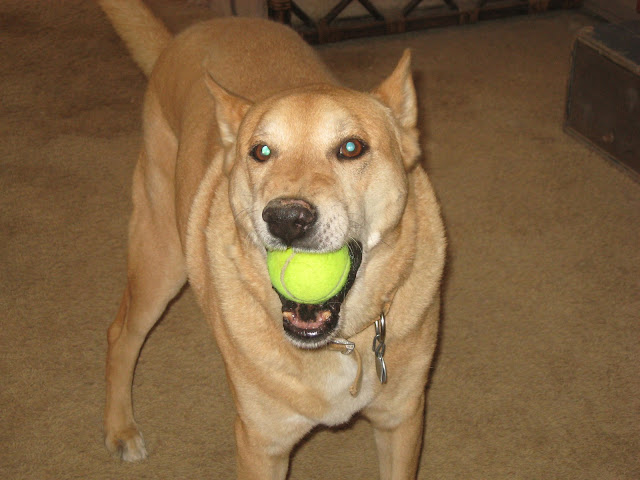 When his back was severely injured last winter, he took it in stride and proved to be very, very tough. 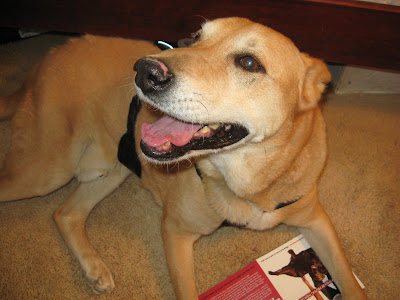 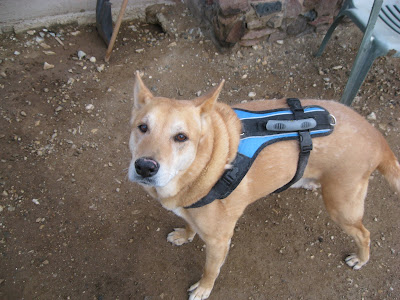 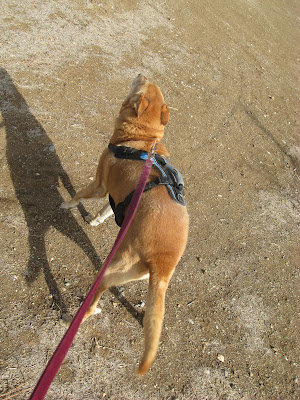 After six weeks of resting and taking his medicines, he finally got outside and walked along the house. After that, it didn't take long for him to be back to longer walks. He's still on pain medicine, but only every other night or as needed. 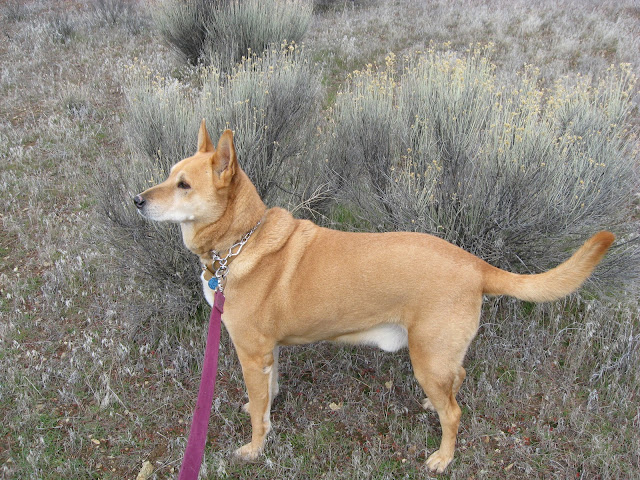 Soldier truly loves his walks and sometimes he has some adventures, like meeting the cows last summer. I'm not sure if that last picture is any indication of what he thought of cows 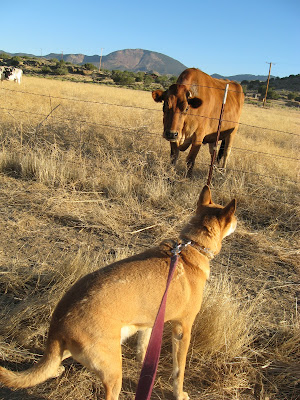 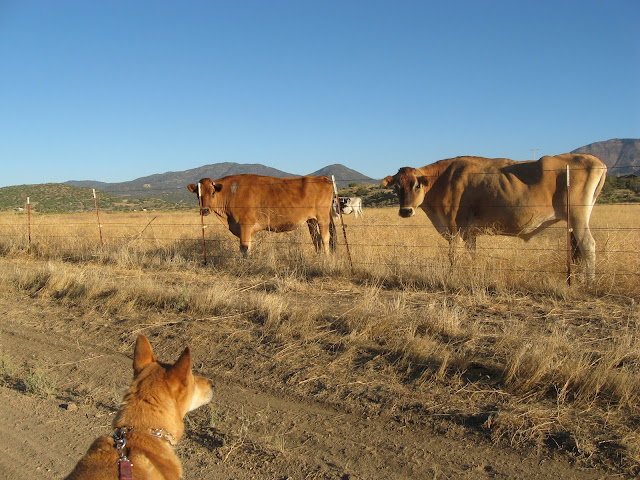 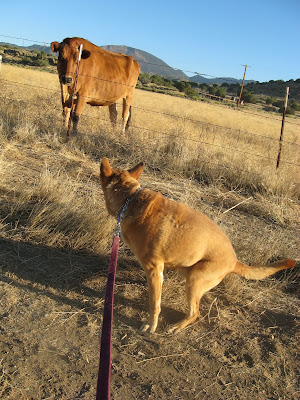 There's, however, no doubt about his feelings for Rachael. Soldier loves all women, but Rachael is clearly a big favorite with him. 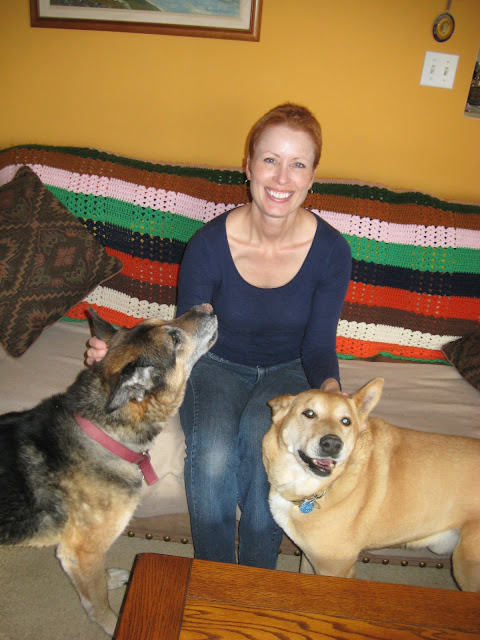 Sometimes, a dog may not turn out the way you had hoped for and since not all of us can call on the Dog Whisperer to help us change things around, his wise words are good to keep in mind: Owners need to be trained, dogs rehabilitated.
Since we have no children and know a few things about dogs, we were able to keep a dangerously disturbed Doberman, we named Sundance, for his entire life. We had to rearrange some of our own lives in order to do this, and we had our work cut out for us with Sundance, but ultimately I am so glad that we didn't give up on him and provided for him a reasonably happy life.


So in my effort to be a part of the change for animals, I want to stress Rachael's words: When you adopt a pet, it is a lifetime commitment. I understand that sometimes things in our lives are beyond our control, but usually we can find a way. Thanks for reading through all this ~~ it all comes from my heart.