Old Family Photos On This ~ The National Day of Sweden 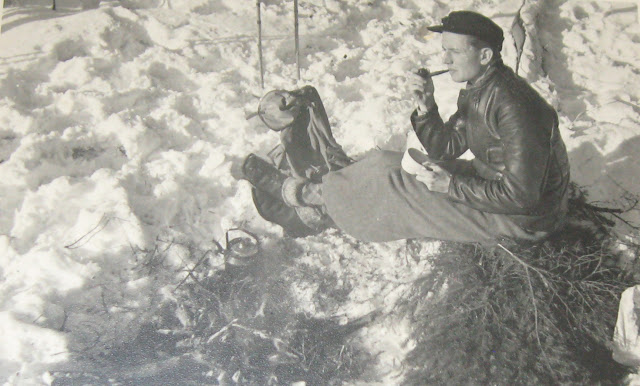 My uncle Sven, my dad's brother, enjoying a cup of coffee in the snow. Look closely and you'll see he has a fire going, a coffee pot keeping warm to the side of it, and uncle himself sitting on fir branches spread out to protect him from the cold, wet snow.

Our family, like most Swedes, truly enjoyed being outdoors. At the first stirring of nature in spring, we turned our faces up toward a weak spring sun, grateful to see the end of a long winter. We loved spending summers on the water, boating, fishing, and swimming.

In autumn, the big forests of Sweden are full of wonderful mushrooms and berries; it was my family's favorite season. We picked mushrooms, blueberries, and lingonberries. My family knew all mushrooms by name; they knew which ones were safe to eat, and the ones to avoid at all cost. Winter for me was skating on hockey skates at the rink below our house. For the older generation, it was cross country skiing with coffee breaks in the snow. This last part I didn't know until I found the picture of my uncle.

Just a few thoughts back on a country that gave me so much, on this, the National Day of Sweden or the Day of the Swedish Flag, as it used to be called when I lived there. This day  celebrates the election (he was the last elected king, the crown has been inherited since then) of Gustav Vasa as King of Sweden in 1523, ending the Kalmar Union, a union of the Nordic countries that had been in effect since 1397. Gustav Vasa is thought of as the man who liberated the Swedes from the tyranny of a Danish king, and as the founder of modern Sweden. 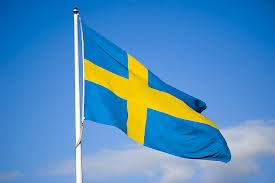 The Swedish flag, so pretty against a blue sky.