The Murals of Tehachapi, California ~ A Legend, A Flight, And A Blacksmith Shop

In early 2010, my friend Carol and I visited the small town of Exeter, California, famous for its murals. I took lots of pictures and the post that followed became quite popular. Back in 2004, our town decided it needed some murals of its own and now we have plenty. In the coming weeks, I'll post pictures of them together with a little local flavor and history. 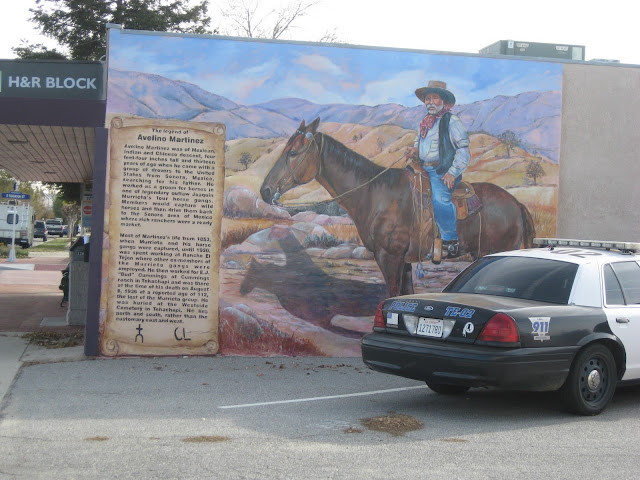 It's fitting that there's often a police car parked below this mural as if to keep an eye on Mr. Martinez, a cowboy who once worked for a famous outlaw. Martinez, who was of Mexican, Indian, and Chinese descent, came here from Mexico as a young boy, looking for his father. He worked as a horse groomer for the outlaw Joaquin Murrieta, and after Murrieta and his gang were captured, Martinez worked at Rancho El Tejon for almost 70 years, then finishing up his working days at Cummings Ranch in Tehachapi. Only four feet, four, Martinez was quite a character. After an evening of drinking in town, a friend would fetch, not only his pistols, but a stool, so that Martinez could mount his horse for the ride back home.

Avelino Martinez died in 1936 at the age of 112 (some accounts state 115). He is buried at the old cemetery, and legend has it that the grave diggers got tipsy and dug his grave facing north-south, instead of east-west. His is the only grave facing in this direction. 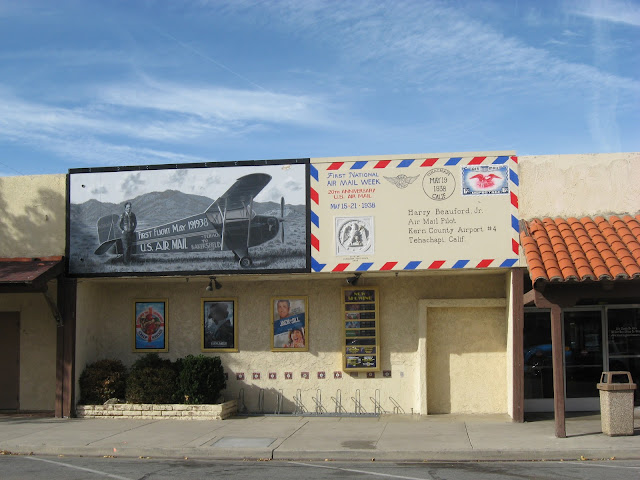 This mural commemorates the 1938 inaugural Air Mail flight from Tehachapi to Bakersfield. The flight,in turn, marked the 20th anniversary of the first U.S. Air Mail stamp, as part of a national celebration.

Built after the 1952 earthquake, this building now houses the Hitching Post Movie Theaters, but it was for a time the local U.S. post office, so the mural commemorates the old post office building as well.

The pilot, a Tehachapi resident, is pictured next to his plane at the Tehachapi airport, with Tehachapi Peak in the background. The airplane was a Porterfield CP-40 Zephyr and the flight went off without a hitch. The airmail envelope is addressed to the pilot, Harry Beauford, Jr., at Kern County Airport #4, which was the name of our airport in 1938 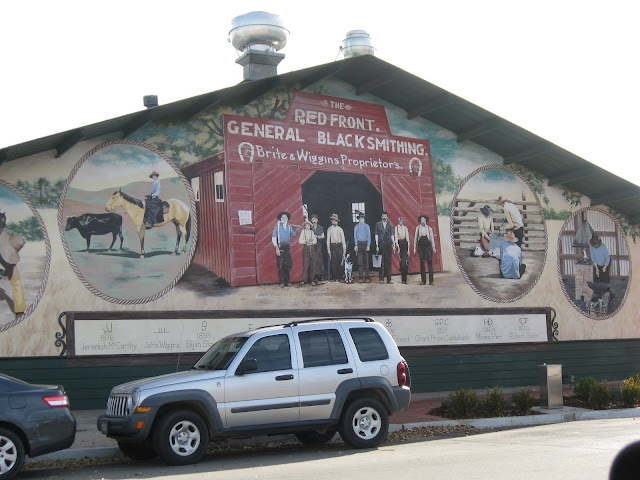 I grew up in a suburb of Stockholm, Sweden, on what had once been a large estate. The original manor house sat in its beautiful park, abandoned and boarded up. However, the stables, barns, and outbuildings were intact. Some of the buildings were (and still are, I believe) used for stables and an arena for a large riding school (yes, as a young girl, this was heaven for me) and the building closest to our home housed a blacksmith shop. We knew the blacksmiths and were fascinated by their work when we were children. 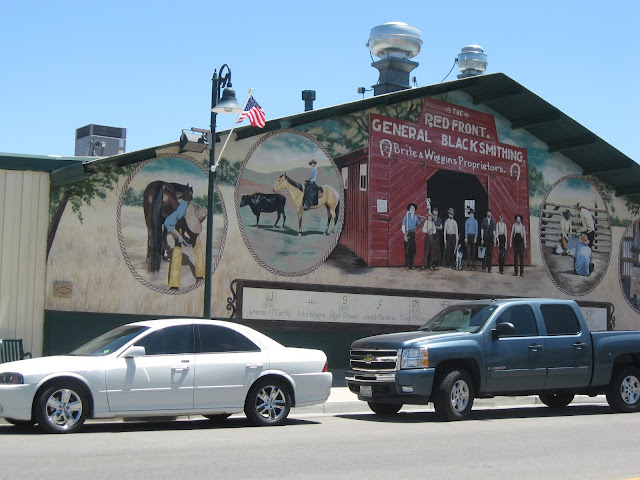 So this mural holds a special meaning for me. 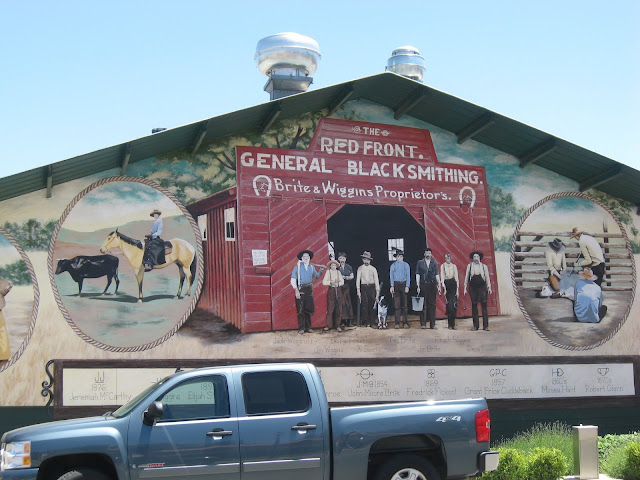 In addition to honoring the blacksmiths, the mural commemorates the era of cattle ranching in our mountain valleys. Many cattle ranches were spread out across the five valleys that comprise this area, and,if you look closely, you can see the cattle brands used by some of the larger ranches at the bottom of the mural. 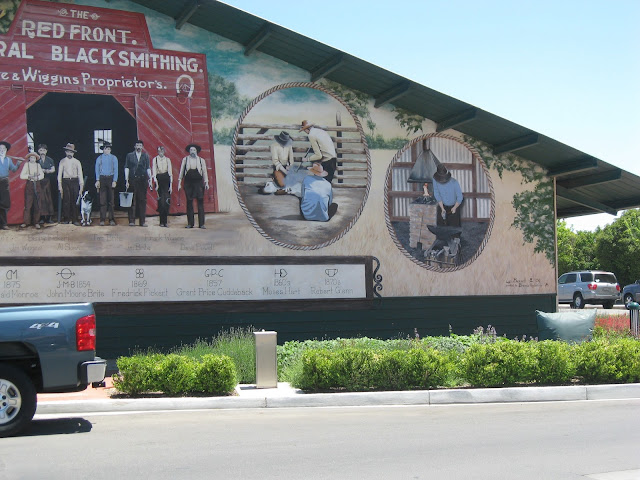 The real Red Front blacksmith shop was also located on this street, which is the street that the cattle and sheep would came down on their way to the stockyards,located at the railroad depot a few blocks away.