OK, blogger friends, I found out late today that I could still sign up for the A to Z Challenge, so I did. This means that I will go through the alphabet A to Z on every weekday in April and no blogging on Sundays. I've never tried to blog every day before and April is busy here in the canyon, but I had so much fun seeing what others were doing that I just had to join.
My theme is Canyon Living


A is for Angel 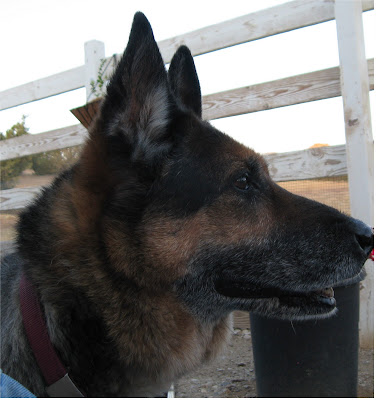 Of all the definitions this is mine: Serves as a special guardian of an individual. This is my Angel, she has been with me for almost twelve years now and she was about eight months when she arrived on our doorstep in Los Angeles, the night before I was to have breast cancer surgery. I already had three dogs and it was not a good time to take on another, but we did, and I never regretted it. For the first ten years of her life, she slept with one eye and one ear open, I swear. Nothing got past her. And very few things do now, but she sleeps, which is a good thing for an old dog. I have had many dogs, but no one has been as playful at twelve, as patient, and no one has cared for me the way she does.


B is for Burro 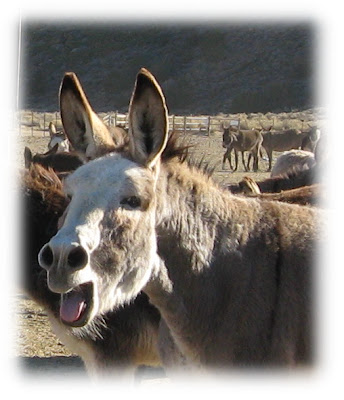 As the old burro stood by the fencepost and watched the sun rise over the eastern mountain ridges, he thought of his old home in the vast on the other side of those mountains.  He remembered the stillness of the cold morning air, the rising sun tinting the desert pink and blue, the rock formations shimmering in the distance.  He thought of the other burros, his old friends, happy at the start of a new day. Soon the herd would set out on a trek through the desert to look for food and water.  I know, he thought, that I’m in a safe place here.  The mountains are still beautiful and the sun rises every morning.  I have some friends and I know we were saved from a danger worse than the fiercest predator. We were saved from men who who wanted to harm us, kill us even.

But I’m here, behind a fence, with my home somewhere behind those mountains.  I stand here and I dream. I dream that someone would have a better idea for us than to either kill us or rescue us and put us behind fences where we just stand around all day, bored. I’m just an old burro, but I know that the desert stretches farther than you can imagine:  , , and beyond.  How can there be no room for us burros? I heard there is something called a government that owns thousands of acres, hundreds of thousdands of acres, even, in these deserts. If we could only have 10,000 acres somewhere in this wide expanse, we could be free again.  It could even be fenced, so we would know to not stray beyond onto some rancher’s land.  It would still be big enough so we could roam and maintain our old order of life.  After all, when the old miners and burro men of the past died out and we were let go into the desert, we created order amongst ourselves, we multiplied and we survived for over 100 years.  If someone gave us 10,000 acres, we could maintain order all by ourselves.  We would not bother any man or take any food or water away from any cattle or any antelope. We don't want to harm the antelopes or the other native critters or plants. I know we are feral animals, but all that means is that some day, a long time ago, people let us loose here because they didn't want to or couldn't be responsible for us any more. I'm just an old burro, he thought, but I think it is time someone took on that responsibility. I think it's time that us burros got some respect for all that we accomplished when we were let go into that rugged desert a long time ago.
Even if it will be too late for me, thought the old burro, I heard that a most beautiful black foal was born the other day, here at the ranch. That foal can live for 40 years or more and he shouldn’t have to spend all that time behind a fence.  He should be able to watch the sun rise, turning the desert pink, and he should be able roam, looking for food, water, a pretty jenny, and a best friend in a herd of other wild burros. He should be able to experience this thing called FREEDOM.  That is my dream, thought the old burro.
C is for Cloud 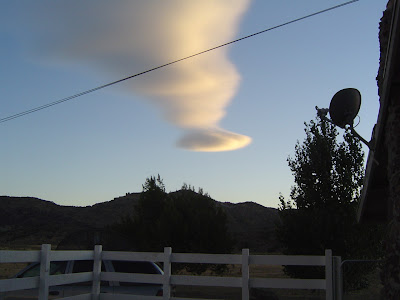 I really missed clouds when I lived in all those years. There weren't many clouds there as I recall. 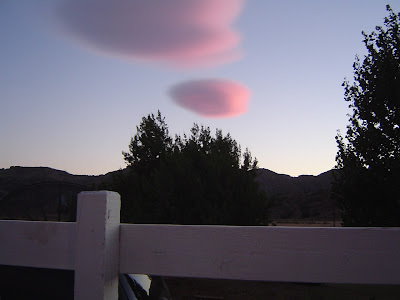 Well, I moved to the canyon several years ago and found out this is where the clouds are. Cloud formations that take your breath away gather around the mountains here. These are just two fun pictures of them, I have shared so many more on my blog these last few years.
OK, I hope you all had time to read this with so much going on. Now I have to figure out what my D will be about. I'm so excited!