S is for Soldier and Samson

My theme for the A to Z Challenge: Desert Canyon Living
Soldier was rescued by my husband the day before his owner was taking him to the pound because she was moving to Florida. 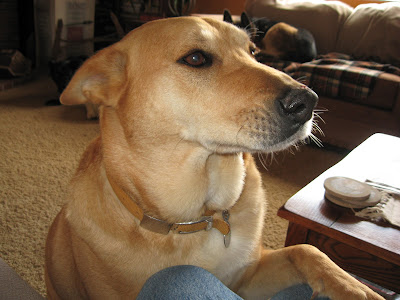 He had been tied up to a dog house for the seven years of his life. Soldier is a soulful, special dog. A fierce guard dog, who does not like most men, but loves my husband. Women on 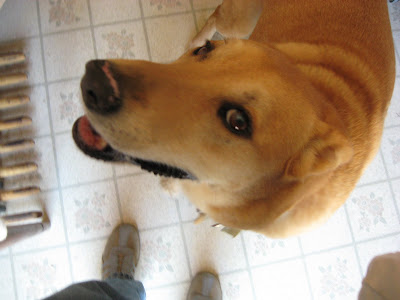 the other hand, he adores excessively. He will end up in your lap, all 77 lbs of him, if you are a woman, even if he has never seen you before. He loves it when I kiss his ears and as you can see here, he smiles when I come home from town. I wanted a lapdog and I got one here, a big one. 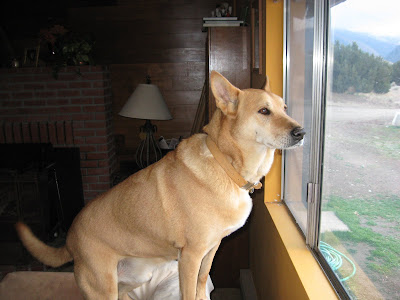 Keeping lookout at the window. He is a bit hard of hearing now, but doesn't miss much. 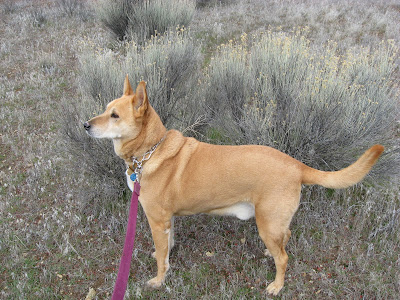 He looks forward to his almost daily walks with me, but the longer hikes we all go on are the best, of course. 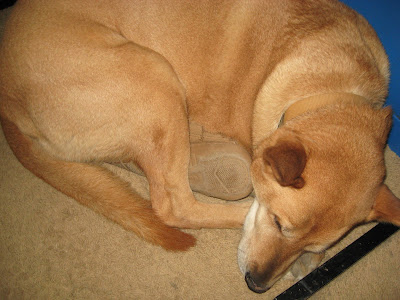 No one sleeps as well as Soldier and I have many pictures of him in deep sleep. Here he got my slipper to snuggle with. 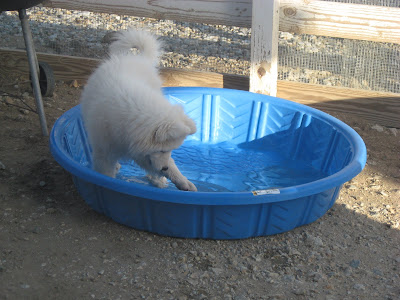 Samson was so little when I first met him. He is about three months here. He loved playing in the water and 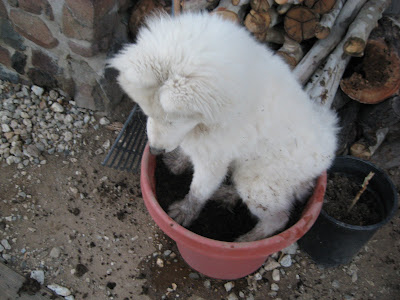 digging even more. He started his digging career in my flower pots and had a ball with them. 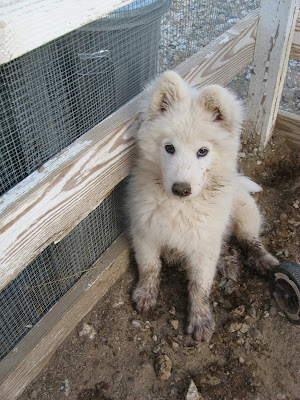 He was always a dirty mess. 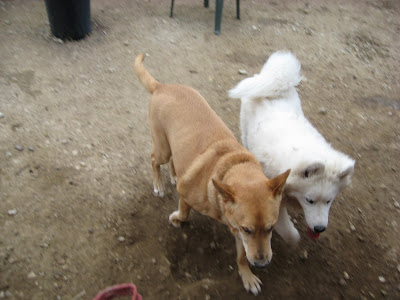 Soldier was very patient with him when Samson was little. 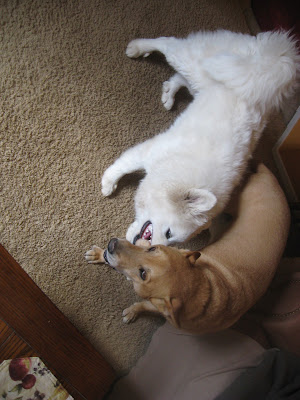 Here Samson has got Soldier's neck in a good grip, but Soldier never got mad as long as Samson was a puppy. After that Soldier got fed up with Samson's playfulness and they had a few fights about who would be top dog. I should say, top male dog; Angel is the alpha dog in our house. Since Samson is younger, bigger and stronger, Soldier soon figured fighting wasn't worth it so now they may have a little scuffle that ends right away, but no more fights. 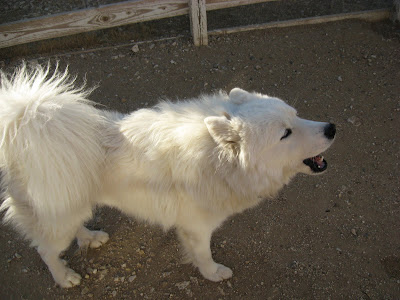 This is Samson's first howl and I know I have posted 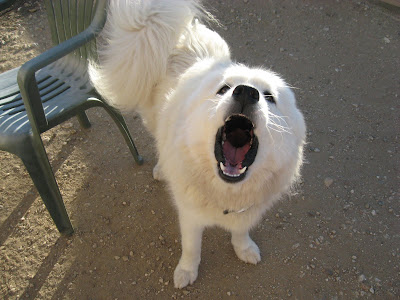 this picture many times before, so this is for new visitors and those of you who can't get enough of this kind of cute stuff. 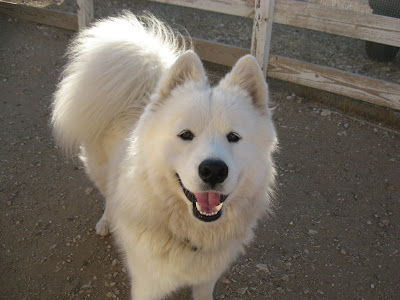 When he was done, he gave me a big smile for the camera. 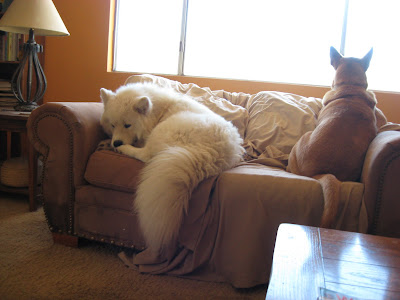 Samson is a very attentive dog. He doesn't just follow me around, he pays real attention to what I'm doing. He is very good-natured, smart, and easy to train. The Samoyed is a pretty laid-back breed, but Samson is also learning how to be a guard dog from the other two. Since they are both old now, I  have noticed that Samson is often the first to bark an alarm. He is turning out to be a lovely dog. 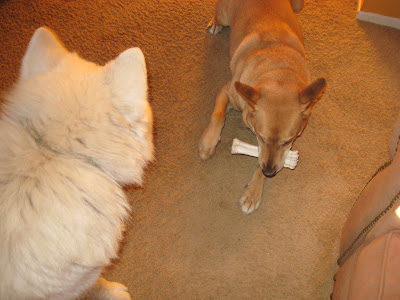 Before the pecking order was established, Soldier got Samson's bone. That would never happen now. 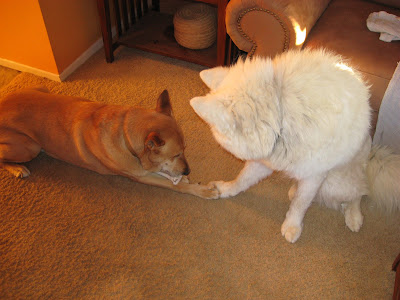 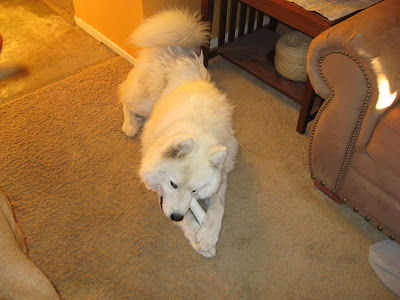 I got it back. 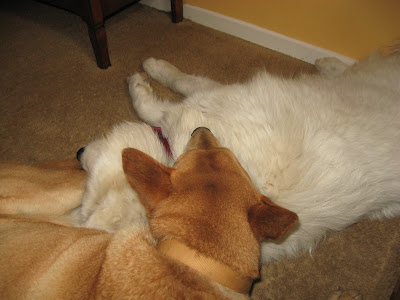 Sleeping together, they are the best of friends.
Posted by Inger at 6:01 AM