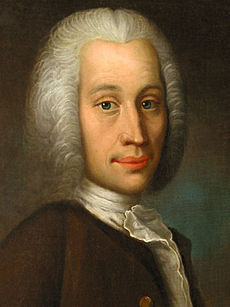 Anders Celsius 1701 - 1744
Two years before his death, Celsius developed a scale and unit of measurement for temperature, which was the reverse of the measurement that is now named after him (zero degrees represented the boiling point and 100 degrees freezing). After the death of Celsius, Carl Linneaus (later von Linne) reversed the scale. I grew up with it, and, as with the metric system, I find it simple and easy to understand: Zero is freezing; if it gets colder, it is minus 1, 2 etc., degrees; when it gets warmer than 0, you get plus degrees. I believe most of the world uses this scale. 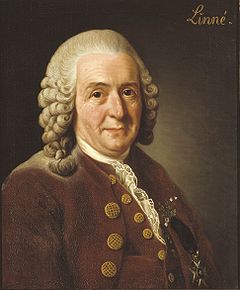 Carl Linnaeus, 1707 - 1771, was a Swedish botanist, zoologist,
and physician who laid the foundation of binomial nomenclature, which is a formal system of giving each  species a name composed of two parts. The first part of the name identifies the genus to which the species belongs, the second identifies the  species within the genus, for example Homo sapiens. What I particularly remember from school was botany, all the different plants we had to know and classify according to his system. Linnaeus studied at Uppsala University, where he later became a professor of botany. He traveled widely both across Sweden and abroad in search of plants, animals, and fossils to classify. Carl Linnaeus was considered one of the world's great scientists at the time of this death. His home and botanical garden in Uppsala are open to the public.
Carl Mikael Bellman 1740 - 1795

Bellman is such an icon in Swedish music that I find myself at a loss for words in how to describe him and the legacy he left. He may have been the world's first rock star at the rocking court of our King Gustav III, who often supported Bellman. For me, he represents 18th century Stockholm most of all. I'm paraphrasing Wikipedia below:

His main works are Fredman's songs (Fredmans sanger) and Fredman's Epistles (Fredmans Epistlar). each including some 70 songs, many of which are about sociable drinking and are still used as such. But this aspect of his songs is not the main reason he has become such an icon in the Scandinavian song tradition. Bellman was a master of rhyme and rhythm, with a wonderful sense for combining words and music. He wrote songs that were innovative and original in form, as well as challenging in subject matter.
His songs seem to center to a large extent around themes like the joy of inebriation and the pursuit of sexual pleasure. (I told you he was the first rock star!) Against this backdrop, however, he manages to elucidate the tender and fleeting themes of love, death, and the qualities of the present, the here-and-now, in a unique and moving manner. His songs reflect aspects of the life of the common man in 18th century Stockholm. He also composed a song for the king, called Gustafs Skal, an informal royal anthem, for his patron King Gustav III of Sweden.
Fredmans Epistel No. 82: Vila vid denna kalla..... 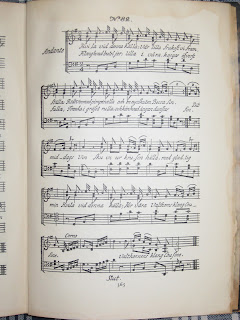 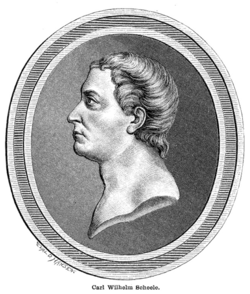 Carl Wilhelm Scheele 1742 -1786
Carl Wilhelm Scheele was a German-Swedish pharmaceutical chemist. Isaac Asimov called him "hard-luck Scheele" because he made a number of chemical discoveries before others who are generally given the credit. For example, Scheele discovered oxygen (although Joseph Priestley published his findings first), and identified molybdenum, tungsten, barium, hydrogen, and chlorine before Humphry Davy, among others. ~ Courtesy Wikipedia 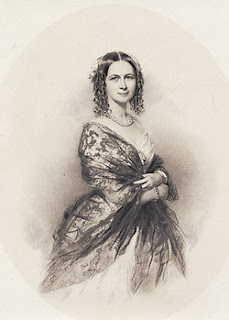 Jenny Lind 1820 - 1887
Jenny Lind was an internationally known opera singer, often called the Swedish Nightingale. She became famous after her performance as Agathe in Weber's  Der Freischütz.
At the age of 20, Jenny Lind became a member of the Royal Swedish Academy of Music. While touring Denmark, she met Hans Christian Andersen, he of fairy tale fame, who fell in love with her. It's believed she inspired three of his stories. His love was not reciprocated, but they became good friends. Other admirers at the time were Schumann, Berlioz, and Felix Mendelssohn. After Jenny Lind retired from opera, she went on a large-scale American tour, sponsored by P. T. Barnum. After she returned to Europe, she married and had three children.

Alfred Nobel 1833 - 1896
Alfred Nobel is best known for the Nobel Prizes that bear his name. Some may also know that he was the inventor of dynamite. Nobel was a chemist, engineer, and an innovator who held several hundred patents. He was also an armament manufacturer and a man of enormous wealth, much of which he used to institute the Nobel Prizes that have honored outstanding achievements in chemistry, physics, medicine, literature, and work for peace since 1901. 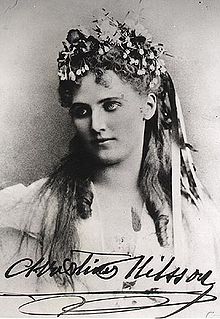 Christina Nilsson 1843 - 1921
Christina Nilsson was a soprano whose debut in Paris as Violetta in Verdi's La Traviata was a great success. She continued to sing in opera houses around Europe and in New York, where she appeared in the Metropolitan Opera's  inaugural performance in 1883. Wikipedia notes that Christina Nilsson is mentioned in Edith Wharton's novel The Age of Innocence and in Leo Tolstoy's Anna Karenina. It is also thought that the opera singer, Christine, in Phantom of the Opera was based on Christina Nilsson. This, however, has not been verified. 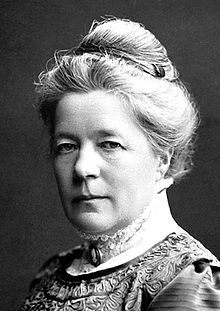 Selma Lagerlof grew up in the Swedish province of Varmland at a time when legends, folktales, and ghost stories were shared by the fire on cold winter evenings. She incorporated much of what she heard and learnt as a child in her books. The most famous of her books, The Wonderful Adventures of Nils, tells the story of a mean and thoughtless boy who was turned into a small elf by the resident tomte on the farm. (A tomte is similar to a gnome -- I will tell you about tomte/tomtar when we get to T.) This in order for Nils to learn some lessons. Nils ends up on the back of his tame goose, taking off to follow a flock of wild geese on their migration to the north of Sweden and back. The geese make many stops along the way and Nils is confronted with situations that challenge him. Both Nils and the reader learn life lessons, folk tales, as well as lessons in the flora, fauna, and geography of Sweden. At the end of the journey, when he's about to become a boy again, the lead goose tells him this:

"If you have learned anything at all from us, you no longer think that the humans should have the whole earth to themselves," said the wild goose, solemnly.
I love that quote and think of it often. Selma Lagerlof wrote many books; my favorites are her short stories and a diary from her childhood in Varmland. Gosta Berlings Saga and Jerusalem were made into successful movies. In 1909, Selma Lagerlof became the first woman to win the Nobel Prize for Literature.
Posted by Inger at 6:53 AM