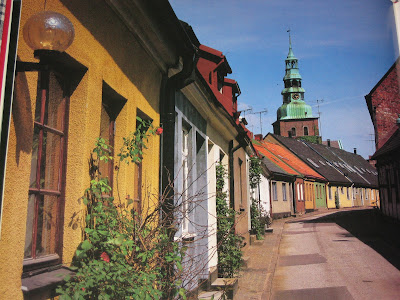 OK, so there I was, staring at the letter Y and could only think of two Swedish words beginning with Y: Yla = howl, which I wrote about last year for the coyotes here; and Yxa = ax -- who wants to write about an ax? Then it came to me, Ystad, the town in the southernmost province of Skane where Wallander lived. Well he lived there in the wonderful fiction written by Henning Mankell, who made Wallander so real to me that I feel like I also know the town where this fiction took place, Ystad. 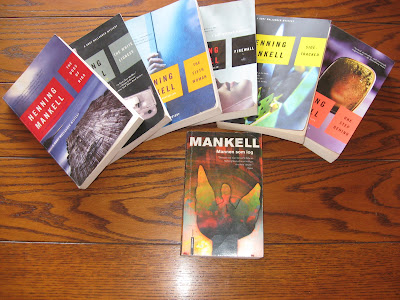 Those of you interested in crime fiction have probably heard of the Swedish writer Henning Mankell and may have read his books. In the books you follow Kurt Wallander, one of the most compelling and human of fictional detective inspectors, through his 40s. He gets divorced, he meets someone new, but it doesn't work out, he has many disappointments, many resolutions to change his life but is never quite able to follow through. He loves his daughter, but he is a prickly dad, difficult to get along with. So he goes on, like most of us, living his old habits and wondering if his life is passing him by. 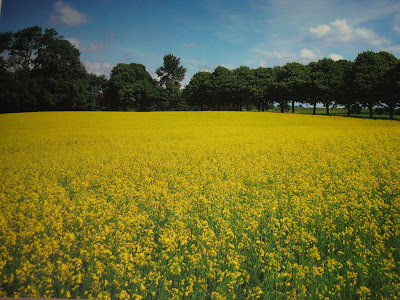 The books are masterful descriptions of police work and procedures. I like to read crime novels and police procedurals because the author has to set scenes and describe a place and time carefully. And Mankell does that so well. These books take place in Ystad, a harbor town, where the surrounding land is flat; it's often windy, very windy and you can feel the wind and the chill in the stories that take place in the fall and winter.
When it rains, the fields turn to mud and there is much talk about the mud in these books. The cops seem to always be sloshing through it, with mud sticking to their boots (gumboots in the British translations). But in summer the rape fields are filled with yellow blooms that sway in the wind and you can picture them as well. 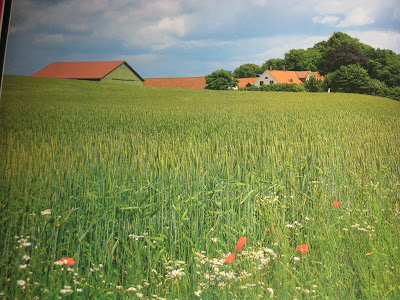 Ystad has a harbor with fishing boats and ferries that go to Poland and the Baltic states. Wallander likes to visit the harbor to think, sitting down on a bench, surrounded by noisy gulls, he works through the details of a crime. There's the medieval church and many lovely old houses, as you can see in the first picture above. What else? Here I am trying to describe a town, give it some flavor, and yet, I have never been to Ystad. But Henning Mankell does such a great job, I feel I know the place. I know there's a large park in town. I know there must also be an abundance of pizza parlors since the detectives seem to live on pizza and coffee while working a case.
Henning Mankell is a very intelligent author who is able to describe detective work just as it must be in real life, with coffee, more coffee, and all those pizzas. The plots have many layers and many characters and Mankell follows through and builds the story, the people, and the suspense in a way that's very satisfying to this reader. The detectives are so human: they forget things, they lose stuff, including their tempers; they worry, they doubt, they suffer from setbacks and disappointments. After a while, the four or five detectives on Wallander's team become just as real as he is.
The crimes are gruesome at times and a changing, more violent, Sweden is frequently addressed. I don't recognize it much from the country I left so long ago, the country I have talked about in this Challenge.
I know that what I've described here may sound a bit gloomy, with Wallander hitting middle age and not being satisfied with all levels of his life; cops working around the clock and living on coffee and pizzas; a Sweden full of problems, crimes and disappointments. But Mankell is a great writer with a talent for character and story development. His intelligence shines through each and every book, leaving you ultimately very satisfied. 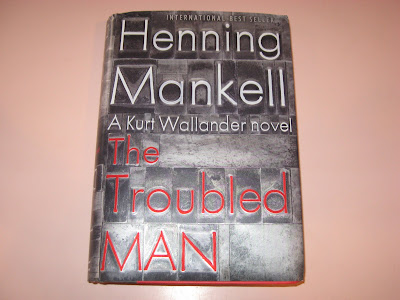 Then, after several years, Mankell published the last Wallander book. It came out in the US last year. It was no less gloomy, just as well written, but sad. In case someone wants to read it, I will not talk about it here. Suffice it say, that both my friend Jane and I were deeply saddened by this book. For both of us, Wallander had become a real person, warts and all. I don't think you can give a better compliment to an author.
Some of these novels are shown on Masterpiece Mystery, every now and then, with Kenneth Branagh in the role of Wallander. I don’t know where the shows were filmed, but everything seems authentic and Swedish, from uniforms to cop cars with their blue lights flashing.
Should you decide to read these books, its a good idea to read them in order because they cover the lives of these detectives chronologically and often refer back to events that happened in an earlier book. This is the correct order, not always listed in the books correctly:
Faceless Killers
The Dogs of Riga
The White Lioness
The Man Who Smiled
Sidetracked
The Fifth Woman
One Step Behind
Firewall
The Troubled Man
In addtion to these, there is another book: The Pyramid, that Mankell wrote after he was so successful with this series. It describes Wallander's early years, when he first decided to become a policeman; the early years of his marriage; and his relationship with his dad, the man who made his living painting the same landscape paintings over and over, one with a grouse, the other without. Wallander's eccentric dad often featured in the other books.
I hope I was able to convey some of the flavor of this harbor town in Skane. A town I have only visited in my mind, a town that has come alive to me thanks to Henning Mankell, a great Swedish author. 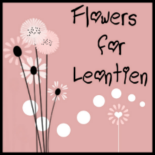