U is for Uppsala ~ A Historic University Town

Uppsala, the fourth largest city in Sweden, is located 70 kilometers north of Stockholm. Before it became a strong Christian center, Uppsala was the pagan center of Sweden. The city has been the seat of the Archbishop of the Church of Sweden since 1164.

Selma Lagerlof, the Swedish author I like so much, who wrote The Wonderful Adventures of Nils Holgersson, kept a diary as a young girl. In it, she describes a trip to Uppsala in 1873 to visit her brother who was a student at the university. She said that there were four very impressive buildings in Uppsala: The Cathedral, the Castle, Gustavianum, and Carolina Rediviva. I have chosen to picture those four buildings here. 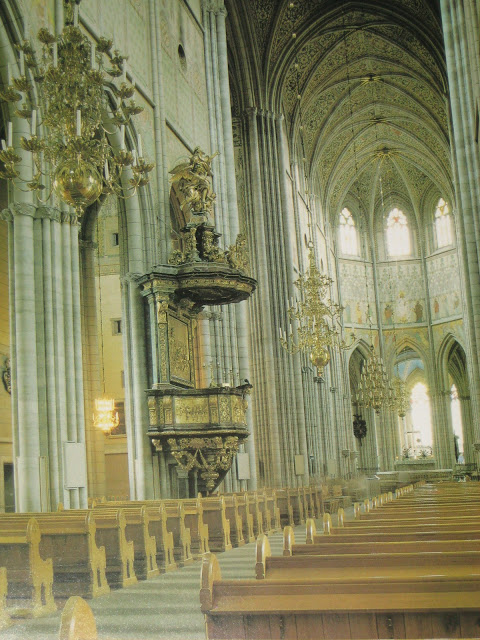 The above pictures are of Uppsala's magnificent Gothic cathedral, which was completed in 1435. It is one of the largest cathedrals in northern Europe. Selma Lagerlof said in her diary: "I have never liked Sweden as much as I did here inside the Cathedral."

Construction on the original Uppsala castle was begun by King Gustav Vasa in the mid-1500s. It was almost completely destroyed by fire in 1702. The castle has been rebuilt and has served as the home of the governor of the province and is now also an art museum. 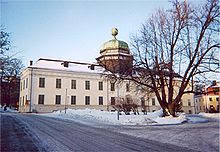 Uppsala University, the oldest university in Scandinavia, was opened in 1477. It is considered one of the most prestigious institutions of higher learning in Europe and has about 20,000 full time students and 2,000 doctoral students according to Wikipedia. Gustavianum was the main building of the university, built 1622 to 1625 and named after King Gustav II Adolf. The building now mainly functions as a museum that contains some wonderful scientific exhibitions among others.

Carolina Rediviva the main building of the Universtiy Library, construction took place between 1820 and 1841. It is the largest and oldest university library in Sweden. It is a very impressive building. 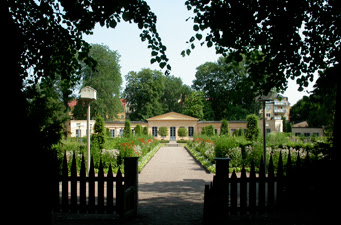 In addition to Miss Lagerlof's impressive places, the home and gardens of Carl Linneaus (von Linne), open May 1 - September 30, are well worth a visit according to my friend Jane, who can be trusted to know about such things. I've been to Uppsala many times, but never visited his home and gardens. I wrote about Linneaus under N for Noteworthy Swedes.

From the third century A. D., Uppsala was a religious, economic, and political center, as well as the home of the earliest Kings of Sweden.  There was a large temple at Uppsala where the Norse gods Odin, Thor, and Frey were worshipped. Dated from the 5th and 6th century, the Royal Mounds at Old Uppsala were burial grounds for Swedish kings. Old Uppsala was also considered one of the most important places in Scandinavia by medieval Scandinavians. 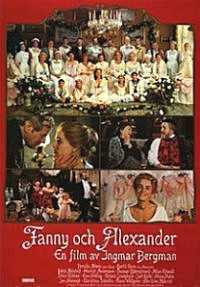 Finally, Ingmar Bergman's 1982 film, Fanny and Alexander, takes place in Uppsala. The film won four Oscars and is well worth seeing even though it is quite depressing and difficult  at times, as Bergman's films often are. The film takes place in the first decade of the 20th century and both the cast and the sets are beyond great. Also included in this movie are the best scenes depicting an old-fashioned Swedish Christmas I have ever seen on film.