Q is for Quest ~ Eastward of the Swedish Vikings

Quest: 1. a seeking  2. a journey for adventure 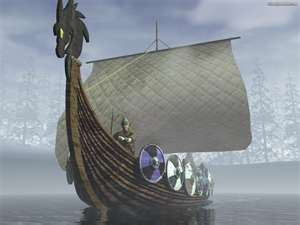 We all know about the vikings' voyages to the shores of Germany, England and France, arriving in huge fleets under the leadership of big, bearded and fierce chiefs. They plundered coastal towns, villages, and cloisters, sometimes reaching far into these foreign countries. Normandy, for example, is named after the Norwegian vikings who settled there. This quote is from my old history book: People in the Christian countries prayed: "Dear Lord God, please protect us from the rage of the Norsemen!" 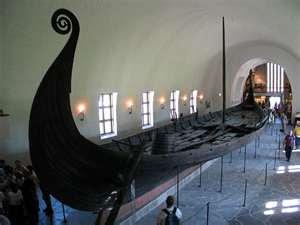 I saw this ship in the Viking Museum in Oslo, Norway ~ An impressive sight.

These are well-known facts about the vikings from Norway and Denmark, who also traveled as far west as to the coast of North America. What may be less known are the voyages of the Swedish vikings, most of whom traveled east to Russia and continued as far as to the Caspian Sea. 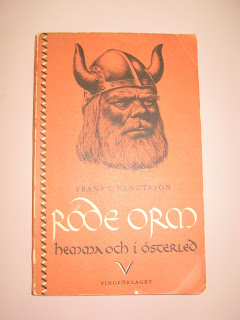 Rode Orm ~ Red Snake. At Home and in the East, by Frans G. Bengtsson.


Actually, the majority of the Swedish vikings traveled east, far into Russia, where many of them settled. The words Russia and Russian are thought to be of Swedish origin from a coastal part of Sweden, around Stockholm, called Roslagen. In their new country, the Swedes were called Russians, or men from Roslagen. 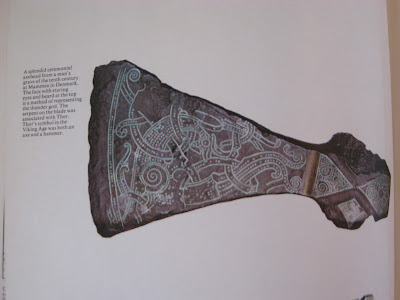 A ceremonial axehead ~ The god Thor's symbol in the Viking Age was both an axe and a hammer. The serpent on the axehead was also associated with Thor.
Many warriors came over from Sweden and traveled on the Russian rivers as far as the Black Sea. They often had to drag their ships across land and shallow waters, but that didn't seem to be a problem. At Dnjepr, they founded a new Swedish community and the city of Kiev. 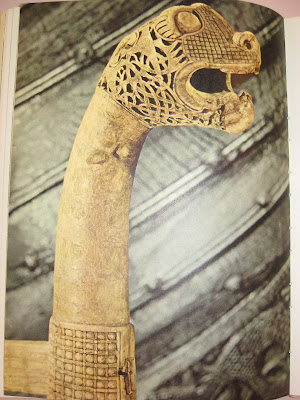 Head of a monster, carved in wood and found in the Oseberg, Norway, ship burial ground.
From the Black Sea, the Swedish vikings continued to the Balkans and Constantinopel, which they called Miklagard, or big city. There, they were defeated, but the emperor realized that they were good fighters and hired many for excellent wages. (I translated the last sentence directly from my old junior high history book.) 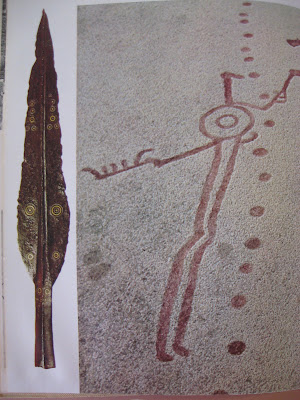 A Viking Age spearhead ~ The spear was the weapon of the god Odin.


Swedish vikings also explored and plundered along the Volga river, all the way to the Caspian sea, where they met up with Arabs who traded there.
A book by Michael Crichton, called Eaters of the Dead, is in part based on the writings of the Arab ibn Fadlan, who in the 10th century, traded in areas where vikings were present. He lived for a while in the Volga region where he observed and recorded encounters between the Oghuz Turks and the Norsemen who were frequent travelers on the rivers of what would later become Russia. A strange, barbarian, and brutal book, yet very interesting.

Viking grave in the form of a ship on the Swedish island of Gotland.

A note: Thank you so much for visiting and commenting yesterday. After I came back from town, I had to work on this post and I found no time to visit anyone's blog. This morning, I'm off to town again for most of the day. Thanks also for asking about Samson. He's doing fine. He runs around the house at a great speed in that crazy big cone, keeps running into things, but doesn't get perturbed. He is very patient and mature about all this. Sutures come out and cone comes off Saturday. Soldier is also doing well on his pain medication. We'll begin our daily walks next week.
~~~~~~~~~~~~~~~~~~~~~~~~~~~~~~~~~~~~~