X is for X-Rated

Theme ~ Swedish Rhapsody
In the mid to late 1950s, when I was out and about in Stockholm, Swedish girls had an X-rated reputation. We got a lot of, not always welcome, attention particularly from Italian boys and young men. Every summer, they arrived in Stockholm to work in restaurants and spend their free time annoying us, or me anyway. I'm sure many Swedish girls fell for the charms of these dark and handsome young men and maybe that's how it all started. But all my life I blamed it on this one film: 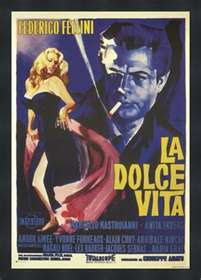 Fellini's La Dolce Vita, featuring well-endowed Swedish actress Anita Ekberg, dancing in the Fontana di Trevi in Rome. Imagine my surprise when I got these pictures and found out that the movie didn't come out until 1960. 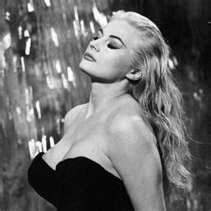 Swedish guys were really easy to be around, they understood our limits, they were not pushy, they were not loud, they never grabbed us, they never, ever followed us around, speaking in a foreign tongue. Well, of course they wouldn't do that! And they most of all did not think that being surrounded by all these pretty young girls was deserving of any special attention. Cool dudes, in other words.
I always wanted to tell the story of how my best friend, Marii, and I caused a big commotion, that even got the police involved, one summer night on the island of Djurgarden. Since the letter X and Swedish do not go well together, this is  the story of Marii, the Umbrella, and the Italian Boy. 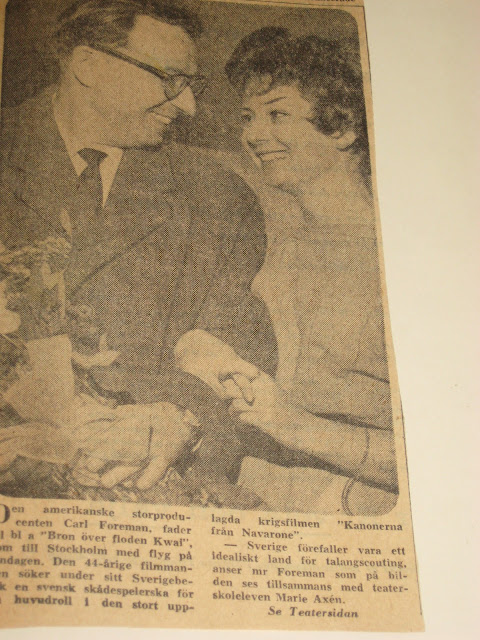 First my friend Marii, this is her: One day, when I opened the major Swedish morning newspaper, DN, I got a big surprise. There on the front page was my best friend, Marii, with the American producer Carl Foreman all google-eyed over her. He, the producer of The Bridge Over the River Kwai, was in Stockholm scouting for a Swedish actress for a part in his new movie, The Guns of Navarone. Of course I called Marii immediately for the scoop and found out that she, and another student at her acting school, had somehow been invited to meet Mr. Foreman as he arrived at the Stockholm airport. I never forget, when I asked her where the other girl was, Marii replied, "I kept talking to him the whole time, that's why his face was turned toward me. The other girl was on his other arm."
There may have been another reason too: Marii was one of the most gorgeous young girls in Stockholm at the time. She was my best friend from when I was about 16 to when she left for California and I left for England when we were 19. During those formative young years, Marii and I had many adventures together. And we shared one major annoyance: Italian boys! 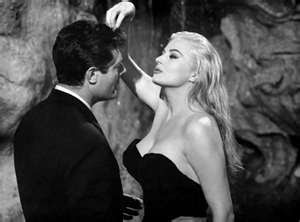 One summer night Marii and I were leaving the island of Djurgarden as the restaurants, the amusement park, and other venues closed. There were lots of people walking home in the light summer night. A group of young Italian men had been following us for some time. When one guy touched Marii, who happened to be carrying an umbrella, she instinctively turned around an hit him with the umbrella, smack in his face, causing a severe nosebleed. Not a pretty picture and it got to be a big to do -- police on horseback arrived, we were questioned, the guy was getting help, and now I don't even remember how it all ended, but we didn't get arrested at least. 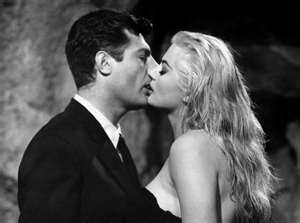 Since La Dolce Vita came out in 1960, it was not the source of our summer annoyance. I have no idea what started this X-rated idea of Swedish girls, but I know that it spread and for many years was an image abroad, even in the United States.
How weird that I have ever since blamed it on Anita Ekberg and La Dolce Vita. And I was so wrong, sorry!
Then I lived for 12 years in New Jersey, a state with a huge Italian population, and I had no lingering problems with Italian young men. Now as  I look back, I have to smile as I realize I could have had a lot worse problems than those.
Posted by Inger at 8:37 AM