goes on and I'm fine. After a cold, windy and overcast spring the sun came out the day after I posted about Errol. In the summer, I get very tired of the constant sunshine here, but I must admit I welcomed how it warmed my spirit. 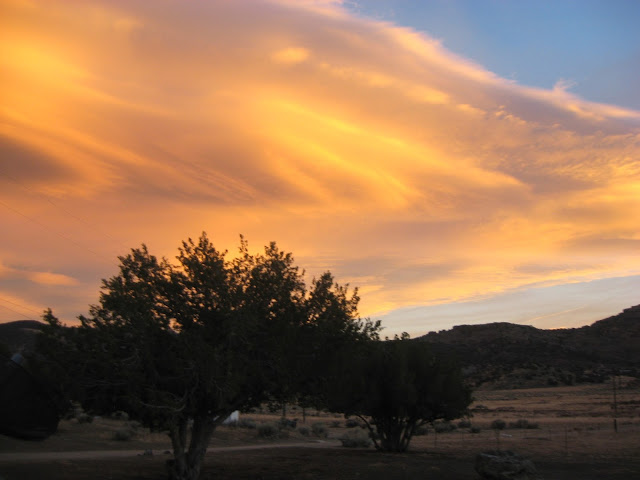 Thank you for your thoughtful comments on that post.

Errol was in ICU from February 14 to April 22nd that year. One hundred miles from home, part of the drive on the worst LA freeway ever. I drove it about three times a week.

I don't quite understand why I begin to think back as soon as April arrives. I've now done this for five years. Writing a little piece to honor my husband helps every year. Thanks for reading it and for caring.

Then things go back to normal.

Last year, I didn't see a single snake here. This never happened before.

Yesterday, Samson came in the house and approached me. I petted him, thinking he needed some human company

Then I heard Faith barking an unfamiliar bark. That insecure bark a dog lets out when it is unsure about something. I knew what it was and rushed outside in the dog run. I yelled, "SNAKE BAD" several time as I told Faith to go in the house.

This may seem like a strange way to condition a dog, but Faith has a memory for human vocabulary like no other dog I've ever known.

That, and the fact she knew this was something unusual, maybe dangerous, was a good beginning. Evidently Samson knew this as well.

After both dogs were in the house, I went to the fence to look over it to see if I could see the snake. I turned my head, this way and that, but didn't see a thing. Thinking I was mistaken, I stepped back. And there it was, stretched out on one of the wood bars of the fence. I had almost leaned against it. 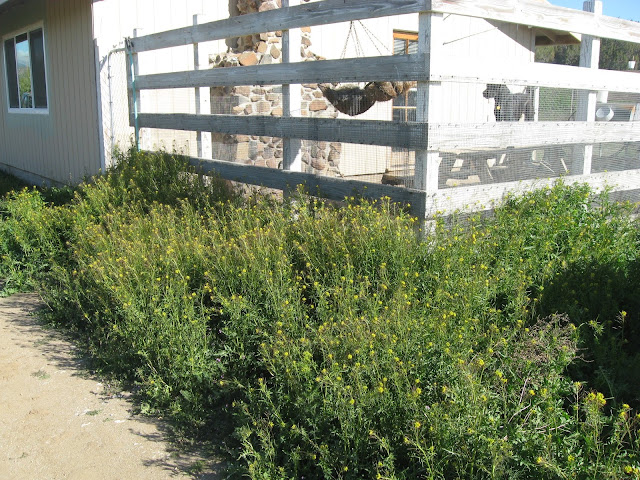 It was on one of the bars of my fence.

It was a rattle snake. It was small. In my somewhat younger days, when I could move better, if  a rattle snake came too close to my dogs or our house, I would put on my boots, pick it up with my flat shovel and take it across my field and let it loose. I would go pretty far away. Sometimes they would fall off the shovel, but I always managed.

I haven't had to do this for many years.

This one came at the wrong time, I was exhausted, my legs were shaky, it was late, I'm older now. The snake was too small to just leave on the other side of the fence and not worry about it coming back. Making it in through the small holes in the snake protection mesh Errol put up.

So I killed it and put it out for the ravens to eat.

I feel terrible about it, but it was a rattle snake, it could have bitten Faith or me. Or maybe it was too young to bite, I thought afterwards. This didn't make me feel any better.

So life goes one, the sun shines, it's 80 degrees all of a sudden, and tomorrow I will take Faith to the vet for her rattle snake vaccine.