First On The Scene

Thursday morning, on my way back home after a post office run, I came upon this scary scene. A young woman was pacing up and down by the truck, which was down an embankment, something not clear from my pictures. So she went off the road, down into a field below and, from the looks of it, the truck must have rolled. The windshield was completely smashed. 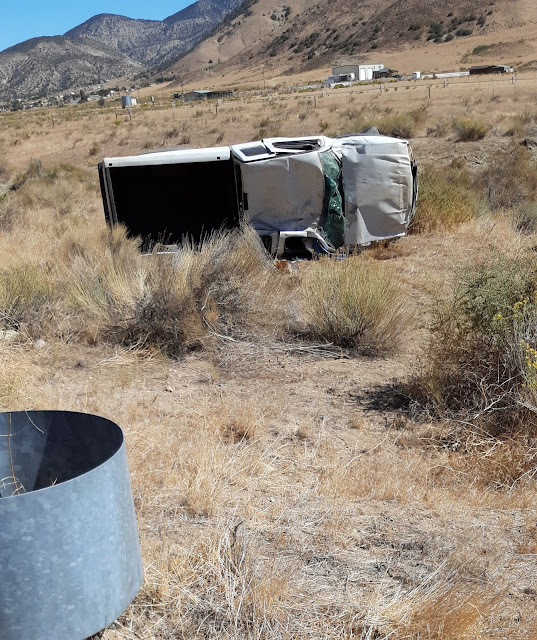 Needless to say, the woman was very distraught, her face was bloody, she was crying. I was the first car at the scene, so I stopped, I called 911 and reported our location and that she appeard injured. She just wanted me to give her a ride to her parents, but I told her she couldn't leave the scene, the police would come soon, and would make sure she was taken care of. 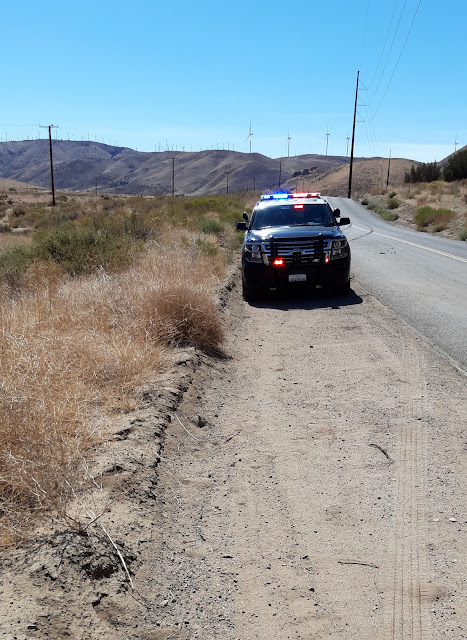 Soon a local guy drove by and stopped also. Fortunately, he was more able than I to climb down to where she was and to better help console her and try to calm her. Soon the police arrived. The woman said, "I was wearing my seatbelt." The policeman said, "you may not have survived this crash if you hadn't."

Once things were under control, I asked if it was OK that I leave and the cop said yes. So I drove home, a bit more slowly than usual, and so glad the young woman was going to be fine.