Before I talk about the snow this morning, let me welcome some new followers of my blog: Alicemckay, Carol, Roundabout Roundabout, and Coltin 1948. 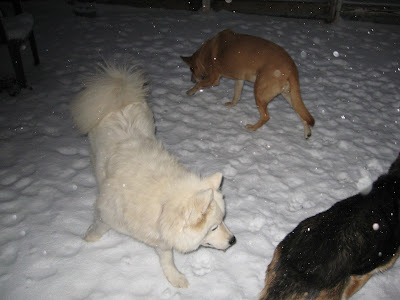 I let the dogs out at five this morning and found it had snowed after all. Almost to the the day six months after the last snow in May. We had been promised snow or rain, but when we went to bed nothing had materialized. Since everyone here loves the snow and we have nowhere to go and nothing much to do we can just enjoy it today. 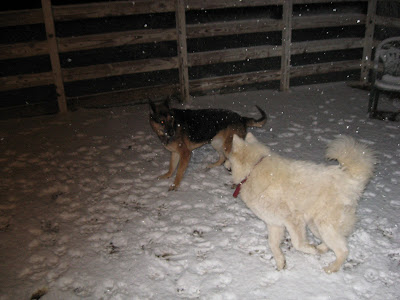 Samson was in his element and, even though she's old, it doesn't take much to get Angel in a playful mood. 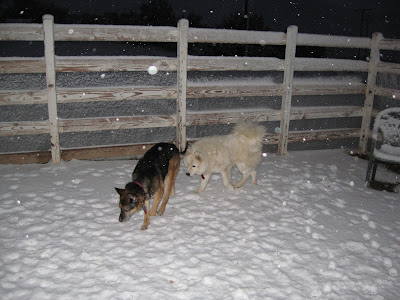 The two of them didn't even want to come back in the house. 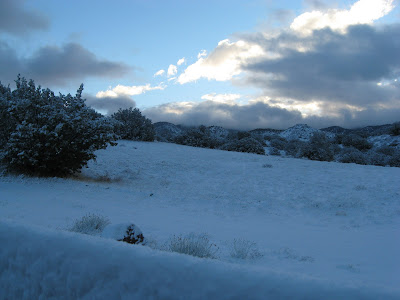 I took this at seven a.m., right before the sun came over the eastern mountain range. 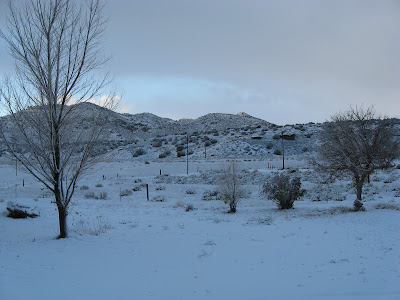 I knew the snow would start to melt as soon as the sun came up, so I took a few more pictures. 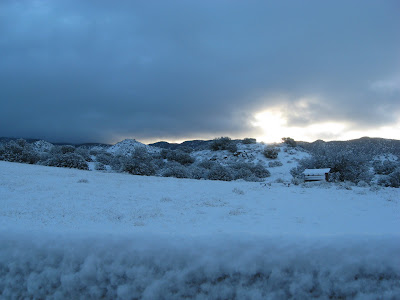 Then I looked east again and saw that the sun had not made much progress and huge black clouds were gathering around the mountains. Maybe we'll get some more snow. Hope so!
Have nice Sunday!
Posted by Inger at 8:18 AM