As we drove to my BIL's house for Thanksgiving dinner and turned a corner on the road that leads to the highway, I spotted something unusual in the forest on top of the mountain range to the east. I would have had no idea what it was if I hadn't read about it in our local paper last year -- pogonip. Then when we came to town, we saw that the entire Tehachapi range was covered in pogonip. This is pogonip according to Wikipedia:
In the western United States, ice fog is commonly known as pogonip.[2] It occurs very rarely during cold winter spells, usually in deep mountain valleys. Ice fog can be quite common in Alaska, since the temperature frequently drops below -40 °C (-40 °F) in the winter months. Pogonip forms under only the right conditions, the humidity has to be near 100% as the air temperature drops to well below 0 °C (32 °F), allowing ice crystals to form in the air. The ice crystals will then settle onto surfaces.
The name pogonip is an English adaptation of the Shoshone word meaning "cloud" (payinappih). The English-speaking settlers who encountered this unpleasant and sometimes scary phenomenon when they went out West in the 1800s needed a word for it and they borrowed it from local populations.[3]
It was interesting to actually see this rare phenomenon, albeit from a distance.
On Saturday, my husband got a ride back to the city with his brother and nephew and guess what was left for me! This: 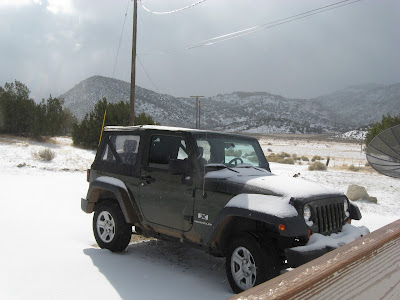 I am so relieved and happy to have 4-wheel drive transportation again.
After a night -- Saturday to Sunday -- that included all the elements, except the pogonip and sunshine, from the title of this post, we all woke up tired. The only window to bang and clang in a storm is in my bedroom. And when the wind howls, Angel, always vigilant, thinks it's something she has to bark at. Then she got scared of the hail and had to sleep in my bed, but she also decided she had to walk around in the bed and on top of me. So after a not so restful night, this is what we found outside yesterday morning: 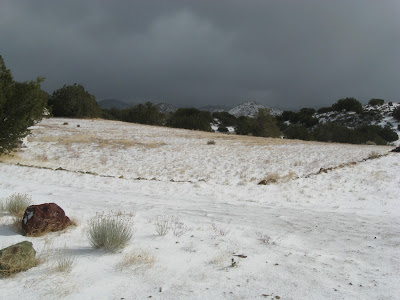 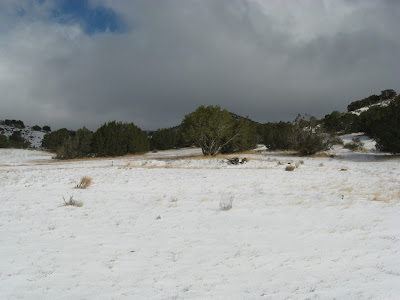 snow on the ground.

The wind continued to blow during the day but we had no more rain, hail, sleet or snow. 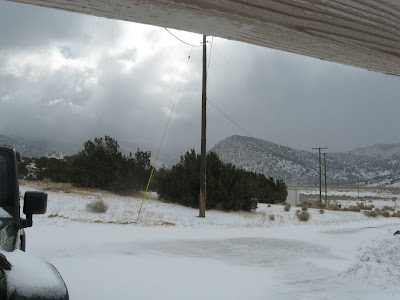 It was very windy outside all day and big clouds of snow blew across the land, much like a sandstorm in summer. 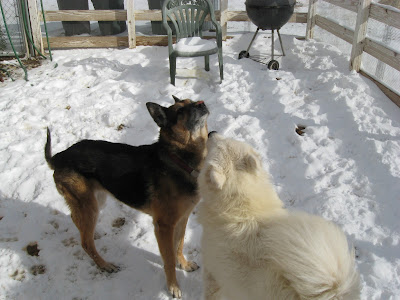 Samson was probably the only one in our family to truly enjoy and appreciate yesterday's weather. He was happily running around, jumping high in the air, playing with the other dogs, so full of joy in his true snowy element.
The rest of the day I spent catching up with the blogs, while the dogs did what dogs do best. Here are a few shots: 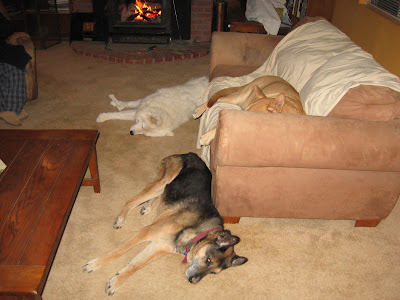 Snoozing in front of the fire. 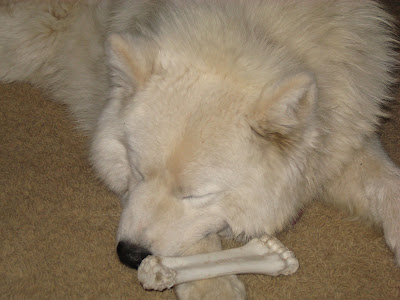 Making sure no one gets HIS bone! 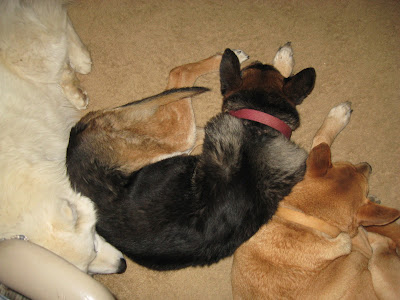 Knowing life is good when you have best friends to snuggle with. 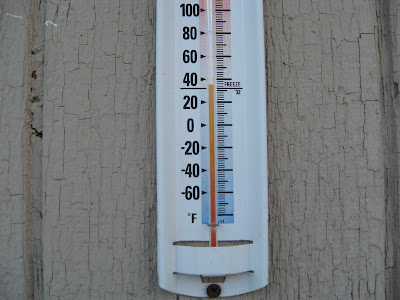 I went outside to get some wood around 4:30 in the afternoon and noticed that the temps were quickly moving toward freezing. 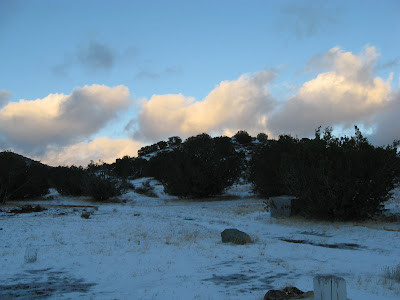 And when I looked up, I saw that the sun, hidden behind clouds in the southwest, was reflected in these pretty, puffy clouds to the northeast. How that happens, I don't know, but it was pretty to watch.
So that was our Sunday. The first Sunday in Advent.

This morning the temps are in the teens, but not for long. 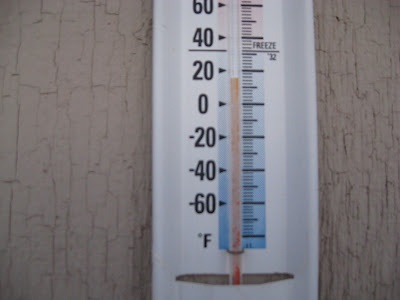 A short while ago, the sun just made it over the eastern mountain range. 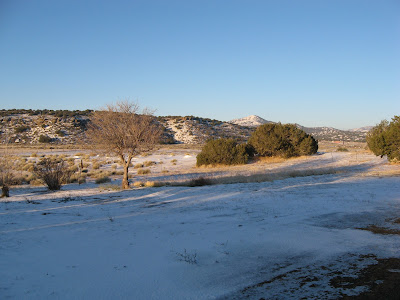 .
It will melt the snow, but not before it has created one of those magic mornings that I remember from my childhood in Sweden, of  glistening snow in the cold. I must go outside right now before the magic turns to slush.


Have a wonderful day!