Old Betsy Takes Us On a Very Hot Road Trip


After a harrowing start that involved me dropping, or so I thought, my upper partial dental bridge down the bathroom drain, which resulted in a mad husband hurriedly unscrewing drain pipes and frantically shining a flashlight down the drain, while I'm yelling, it's OK, it's OK, I'll go without them!!! Well, finally hubby looks up on the counter and there are my teeth, safe and sound. This, of course, makes him even more mad, having done all that work for nothing. 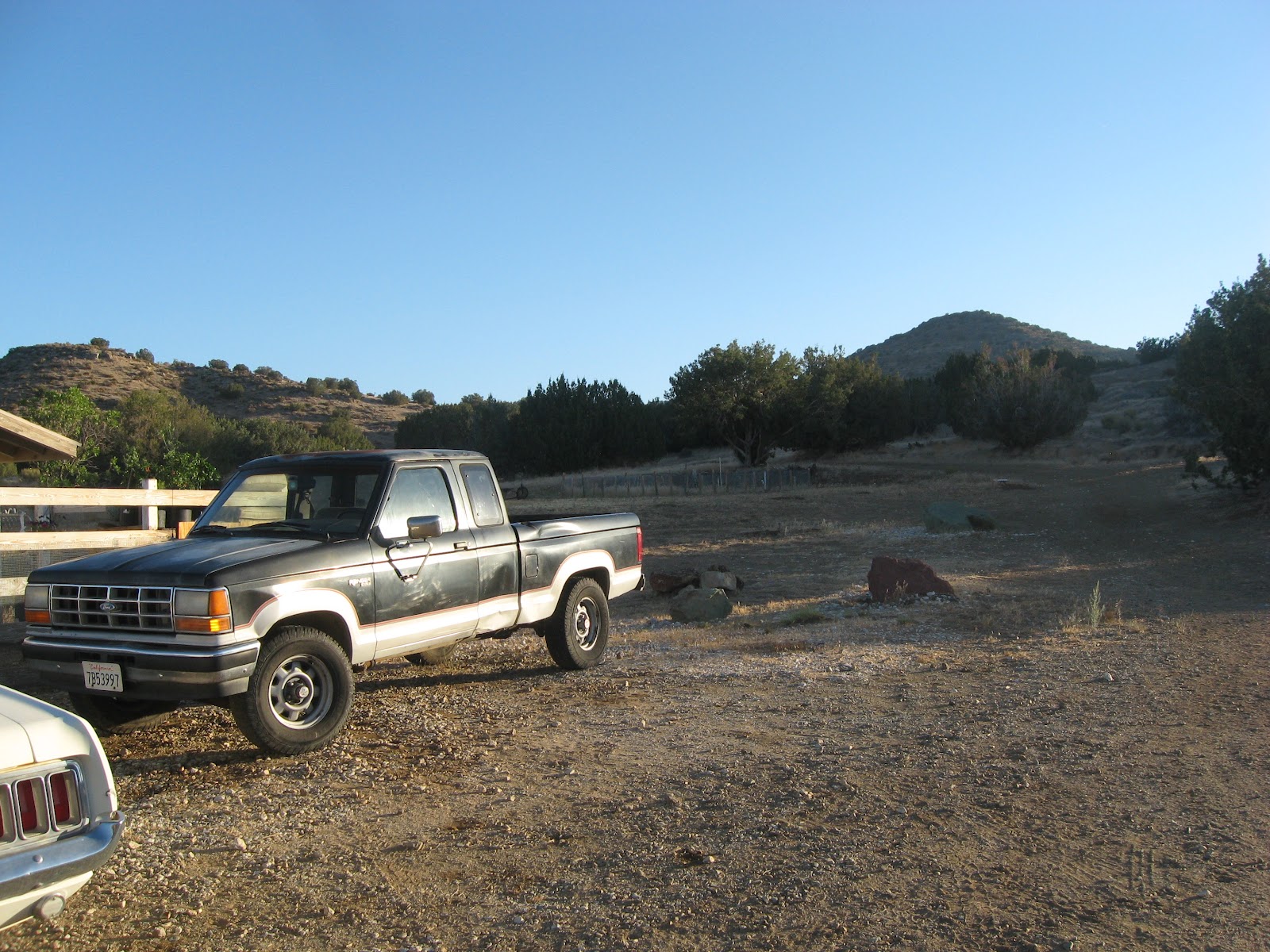 So that's how we set out into the desert in old Betsy, our working truck, 23 years old, having sat around in retirement since 2009. Betsy did her job, the trip was a total of 200 miles and she didn't fail us. Only problem was, no AIR!!! With 100 plus temperatures in the desert and an angry husband, this trip did not start well. His anger subsided after a while, this, and the fact that you can open the rear window of the cab, really helped. But still, it was HOT!! I had promised pictures from the beautiful freeway that meanders through the foothills of the San Gabriel mountains, but that was not to be. Instead, hubby picks one of the most crowded routes in the world, Interstate 5, which also took us to our Glendale destination. 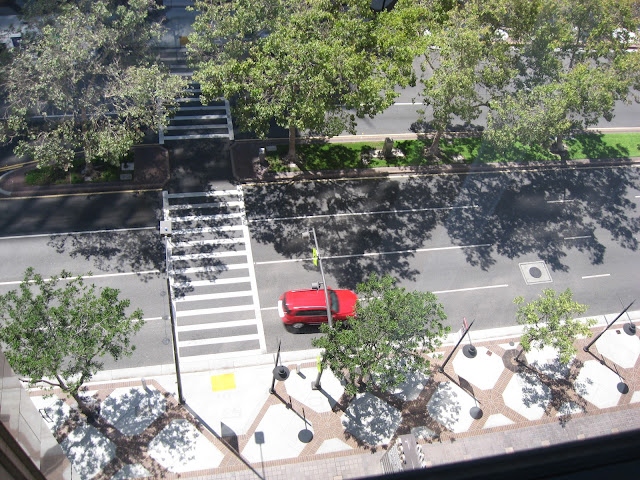 From the 8th floor of a downtown Glendale office building, I took this picture, which I really like. I took a few more that I don't like at all. But I thought this was cool with the different patterns and the red car, so it will have to make up for the mountain views I promised in an earlier post. 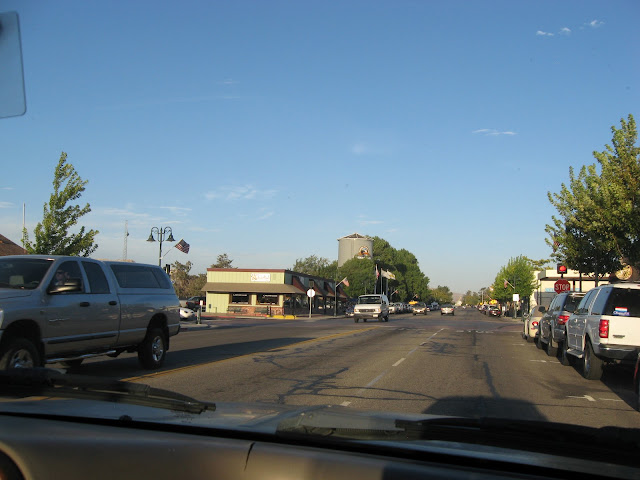 After a long hot day, we were both desperate for a beer. Since  we had none at home, we continued to our town and got some. These are some pictures of our downtown 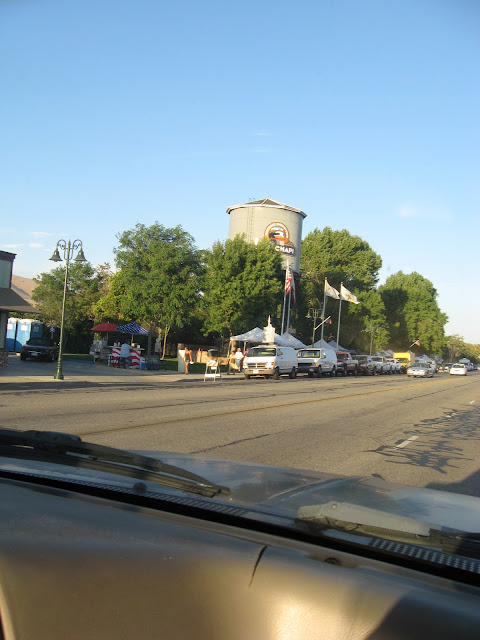 with its decorative water tower. 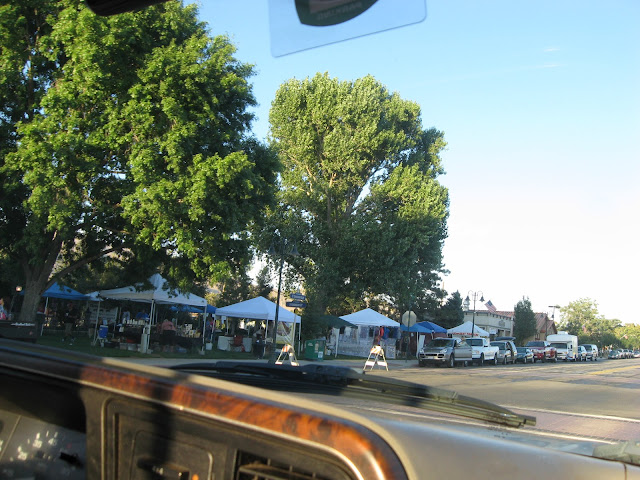 Every Thursday afternoon in summer, there's a farmer's market in Railroad Park. Here we pass some of the stands. On our way home, the landscape gets drier, more of a desert scenery. These fields are always full of cattle munching away on the dry grass and weeds. Some of the many wind turbines are in the background. 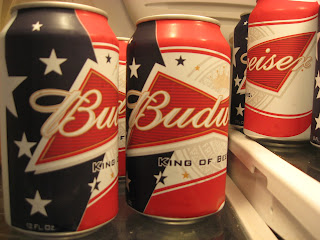 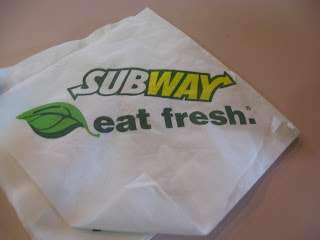 Safely home, what's better than a cold beer and a Subway sandwich?