Response To Your Comments and More Fires

You know, when I watched the fire in the canyon last month, something marvelous happened: I lost my irrational fear of brush fires. Why, I think because first I saw how brush burns, scary yes, but nothing like a forest would burn. Secondly, in my irrational fear mode, I never saw any fire fighters. In the real fire there were hundreds, there were sheriffs, police, county workers, airplanes and helicopters. Now, how dumb was I, feeling so alone? Also my husband lives up here now and that makes a big difference. So, instead of being scared, I see some interesting pictures in following these fire clouds throughout the day. It's very smoky here in the canyon. I don't know where this latest fire is but I don't think it's as close as it looks here. 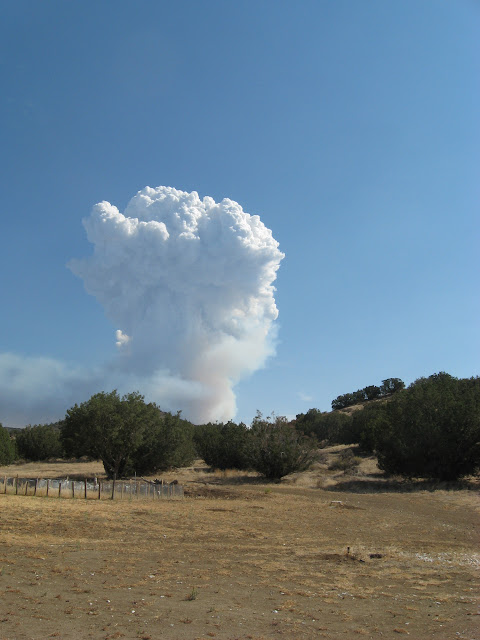 Thank you so much for commenting even though I have been pretty absent from your blogs lately. I hope that will change soon. I have had problems with connecting to blogs and to comment forms also. It works eventually, but in this heat, one tends to lose patience really fast with stuff like that. Then there's the Olympics, which I have enjoyed. 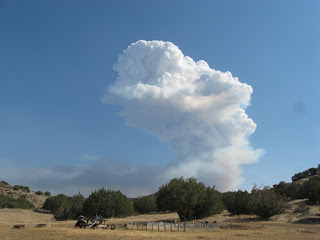 I gave Samson a bottle, just a small one and he held it in his paws and licked it. We'll see.
Fishducky: Samson is a house dog. Soldier is an outside dog.  That's their preferences. Samson stays outside at night to cool off. Or I let him out in the morning, I wake up early, and he stays out until we walk or the sun comes up.
Sandra: No, we don't have air conditioning. One cannot be installed in our 1970s windows; we tried a free standing one and didn't like it; and finally, we haven't installed anything more complex and expensive because it is never hot like this for this long. Samson just finished a post that I will post tomorrow or the next day about how he feels about this subject. Poor boy. I hose them, they don't like it, but that's tough. I'm ready to hose myself too by now. 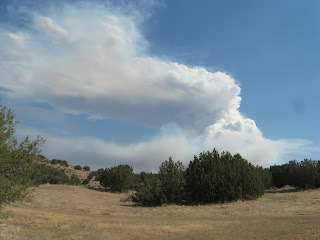 D. G. Hudson: Frozen water bottles! Now why didn't I think to bring some on that hot trip through the Mojave desert?!
Elisa: I'm glad  you enjoyed that Samson post, but I'm afraid you are mistaken.....it was written by Samson, not me, so he's the witty one. And you are hilarious, that buffalo that was a cow just cracked me up!
Munir: Thanks!
Annette: I read that you had the same problem with your night-time temperatures. I'm reminded of Princeton, New Jersey, where I lived for 12 years. Some of them without air. That was an ordeal, for sure, with all that heat and humidity. 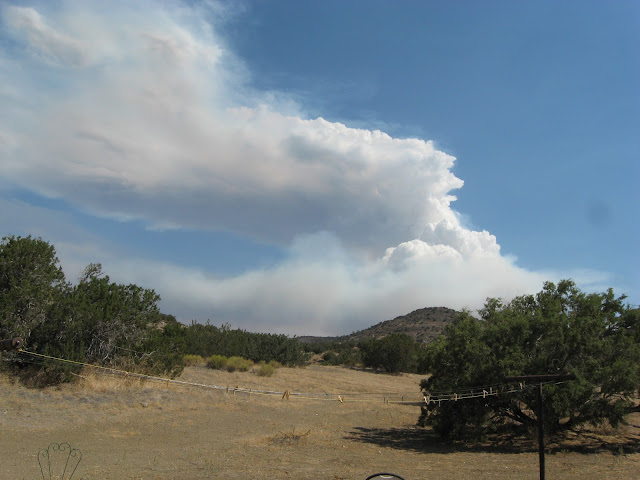 J.P.: I am getting a bit tired of the windmills because there are so many of them down in the desert by now. But I guess they are still a better alternative than nuclear and oil, etc. 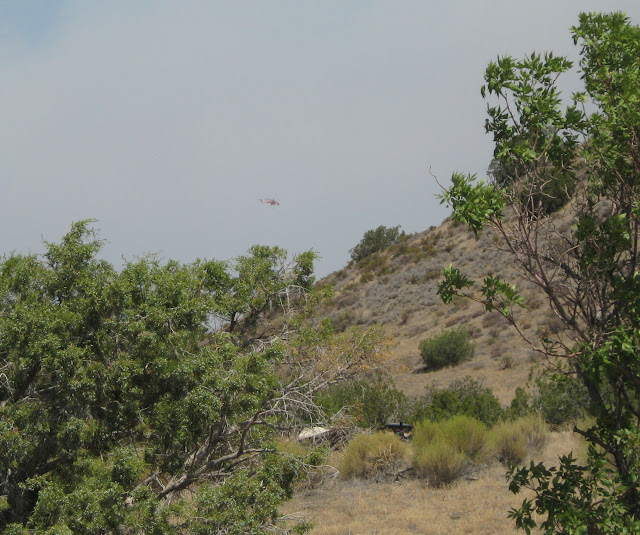 Feral: I'm trying the frozen water bottle, a small one. He's licking it and playing with it, we'll see what happens.
Kim: I'm glad I'm not the only one to have road trips start out badly. Main thing is they end well, as ours did. 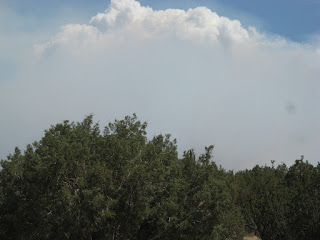 Amy: All is well that ends with a beer and a Subway sandwich, I'd say!
Barbee: When I started to feel sorry for myself on that hot trip, I thought about the people who came across here in covered wagons. How they did it, I cannot fathom. 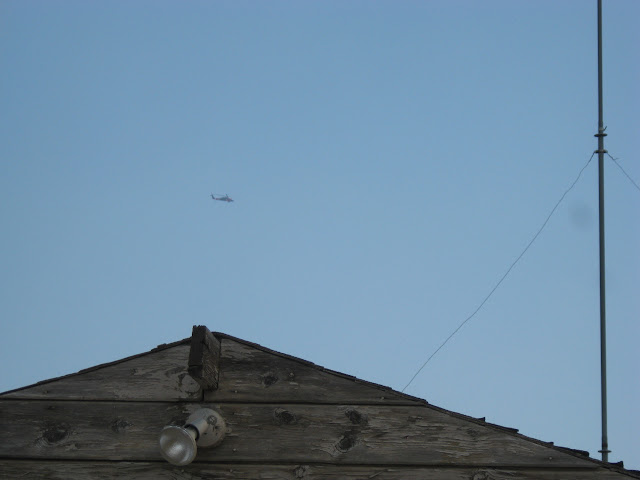 And now my husband wants me to watch the marathon with him on TV, so that's what I will do.