From Finches to Helicopters ~ From Fires to Rain 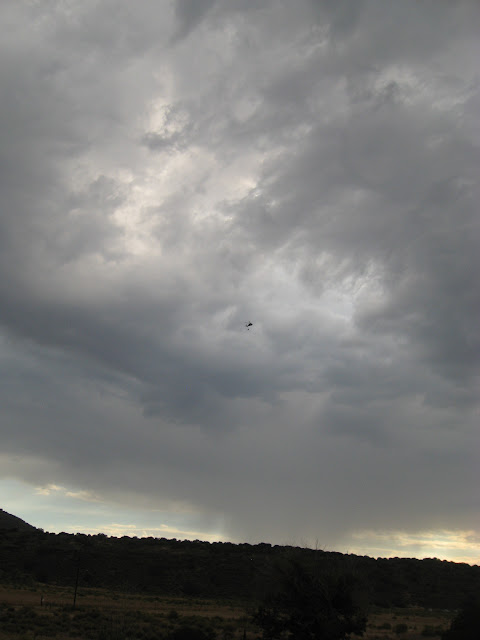 Last night, after a long day of smoke, helicopters flying over our house, extreme heat, and high winds, a thunderstorm arrived. 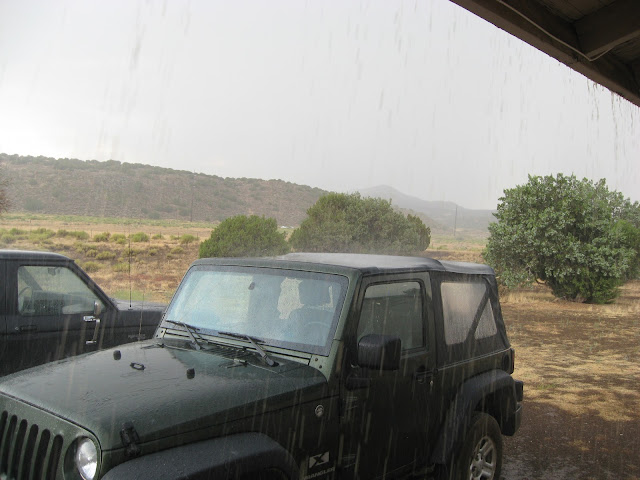 Lots of thunder and lightning and a huge downpour. 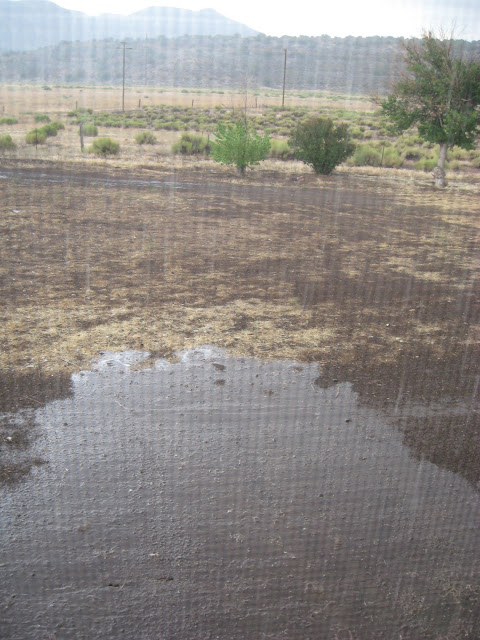 It soaked the dry earth and left us all feeling refreshed. I wanted to go out and dance in it, from pure joy of seeing rain, but it was just too heavy a downpour for that. 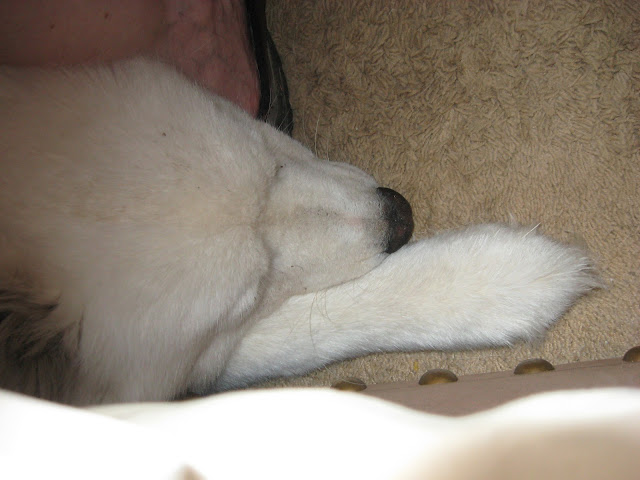 Samson says: I may be refreshed, but I don't like that thunder boom, boom, so I better snuggle up to my mommy for protection. 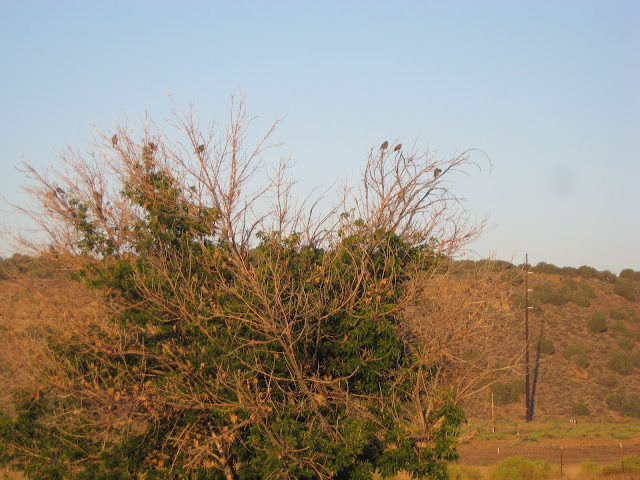 We woke up to a glorious morning, our flock of house finches twittering away outside the window. They live in the field below us and are the most adorable birds. I've never seen them here before and hope they will come back again next summer. 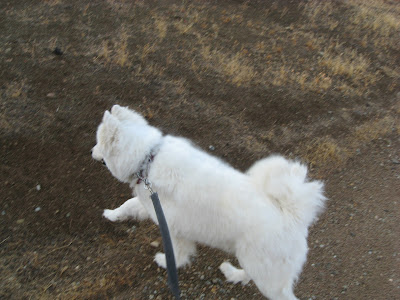 The rain dropped the temperature to 70F last night and 55F this morning. A frisky Samson enjoyed his walk and I enjoyed the wonderful, fresh smells of wet earth and the fragrance of the juniper trees. 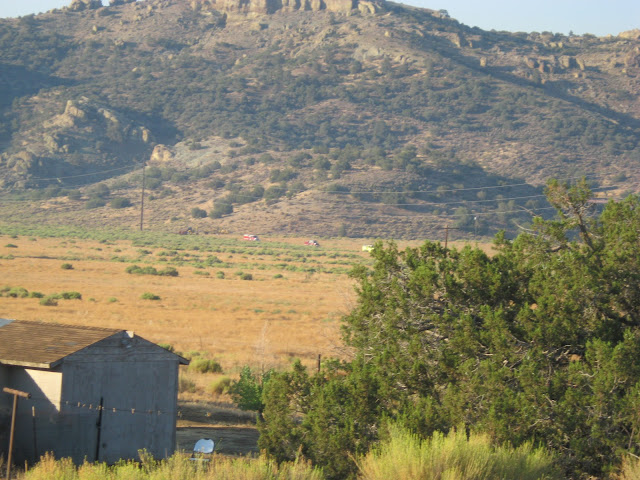 Then I saw the fire trucks again, so many of them, first the red Kern County trucks, 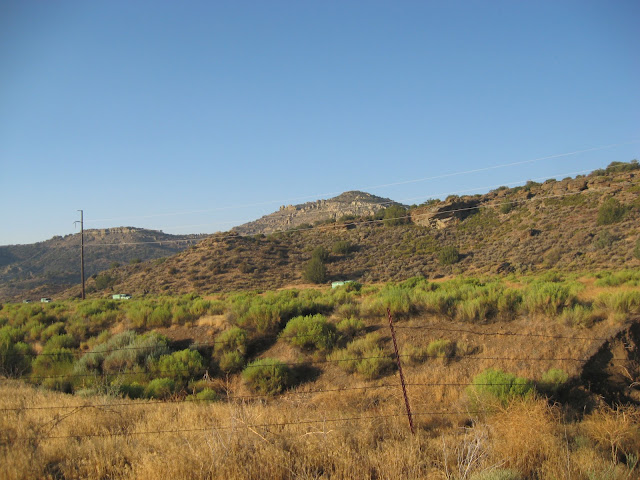 then the green ones, I think they are local, (Annette left comment and told me these are Forestry Service fire trucks, thanks for that info.) and finally a caravan of green vans. I thought maybe prisoners were assigned to help. I'm not sure, but they do help with a lot of clean up jobs around town. So, I went in and googled the fire. This is the latest: A meeting with fire officials was held in the canyon last night. As of last night, the fire had burned 9,000 acres and was about 30% contained. 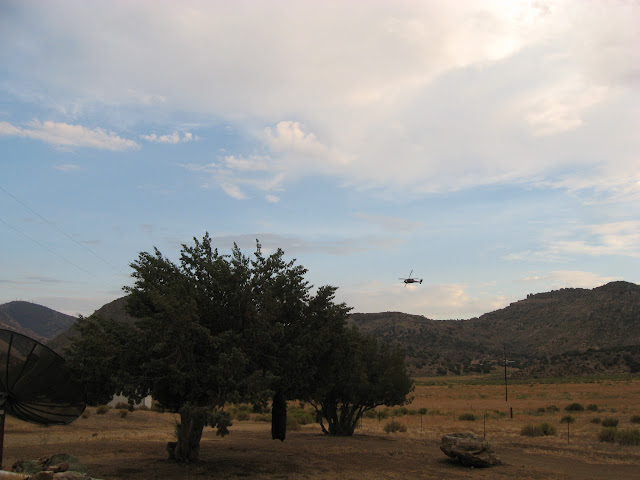 The Jawbone and Rim fires and other smaller fires caused by lightning, are managed as one complex. The fire is within 2.5 to 4 miles of inhabited areas in the canyon, but the canyon is not in any immediate danger. 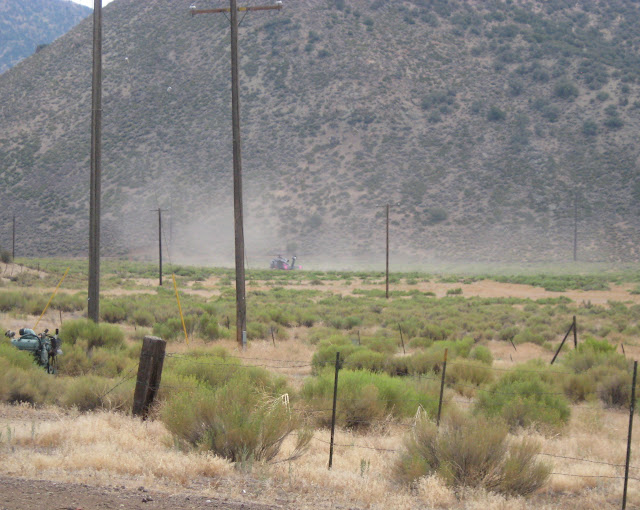 This helicopter came in and landed in the field next to ours on Sunday.


The main concern is the erratic behavior of the fire, which experienced a big blow up yesterday. The rainstorm passed to the south of the fire, so no help there. 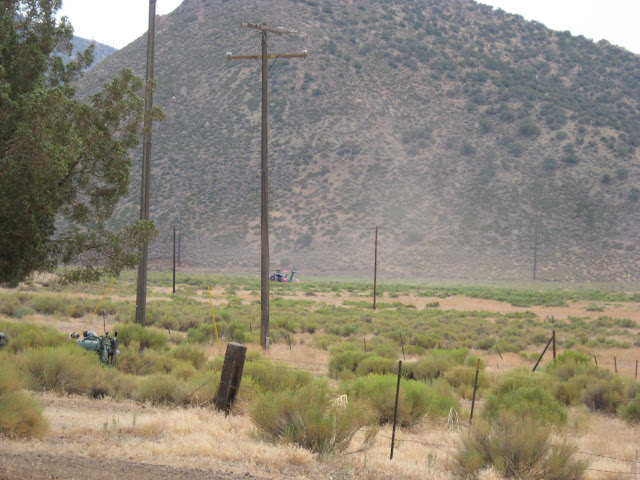 It took off, but after a short while it came back again. Two guys got out and removed the bucket they carry the water in. They may have had a problem with it, we thought. It was exciting to see it come down and take off right here by our house.

Big guns, including one of the nation's two DC 10 firefighting planes, along with two Cal National Guard Black Hawk helicopters and numerous other air craft, together with 755 personnel, have been assigned to the fire. God bless them all. 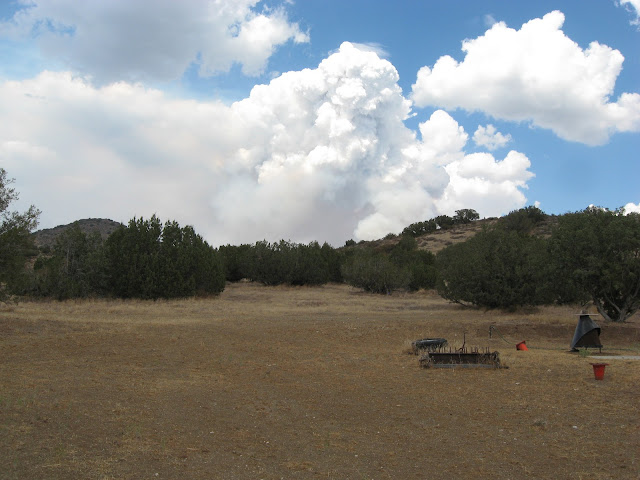 Finally, I read that we would have a day's notice if there was a need to evacuate. The fire would not, all of a sudden, roar down the canyon according to the officials. I'm pretty much sure that we'll be OK, though I'm concerned about those who live deeper in the canyon. A website with emergency information and notification was also provided, which is  comforting.