New Orleans In Our Thoughts 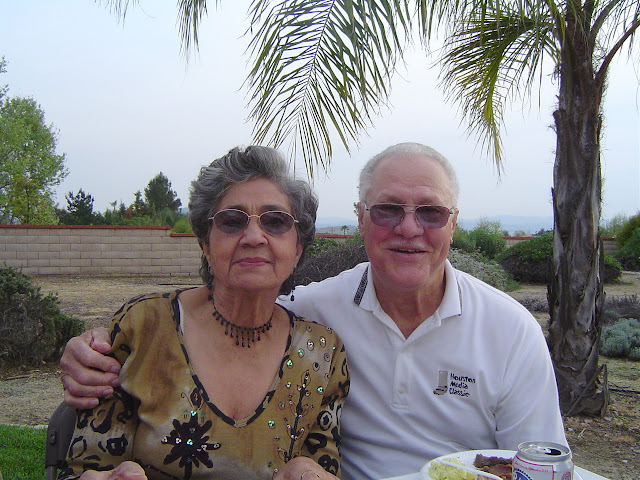 My husband's aunt and uncle and now mine too, is the sweetest couple you could ever meet. They live in New Orleans but come to the Los Angeles area often to visit. They have been so very loving and kind to me from the moment I first met them, many years ago. My husband's mom was the same way. After we got married and I began to slowly meet  these people, these New Orleans people, as they came to town to visit, I felt an instant sense of family, a sense of being embraced, supported and loved.

When Katrina approached New Orleans, uncle and auntie left for their daughter's home in Houston. They returned to find their home more or less gone. Living in a trailer next to their home, they rebuilt it. Themselves, as far as I understand. It took them years as they were in their seventies then. I don't even know if it's completely done to this day. But stubborn they were and worked hard they did, with no thought of selling out and perhaps moving to something easier to manage, like an apartment.

With Isaac approaching, we called them the other night. They are now in their eighties. Auntie answered the phone and told us uncle was outside, boarding up the windows. Did I say they are in their eighties? She was mainly concerned with losing power, not too scared of a category one hurricane. We have called every day. The power is out, of course, but they do have a generator. They sound as calm as ever.

I just wanted to share one story from the city of New Orleans with you. Watching TV, I have seen many, many people much worse off. My husband has hundreds of relatives and friends in New Orleans, some of them very old, like his aunts and uncles. I'm sending our love and prayers to all of them and to the rest of the people affected by this storm.