Sunday Morning Report From The Canyon 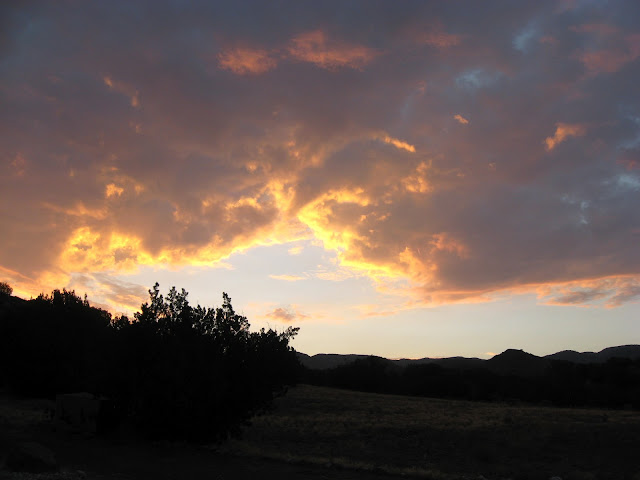 Woke up at six, which is late for me. I need to be out walking dogs by then. Checking the temperature, it was 70F outside and 80F inside, even though the windows were open all night. Usually, it's in the high 40s, low 50s here at night. So we're in for yet another really bad day. I had to take a picture of these strange clouds that looked more like sunset than  sunrise clouds. They may have something to do with the fires to the north of us. 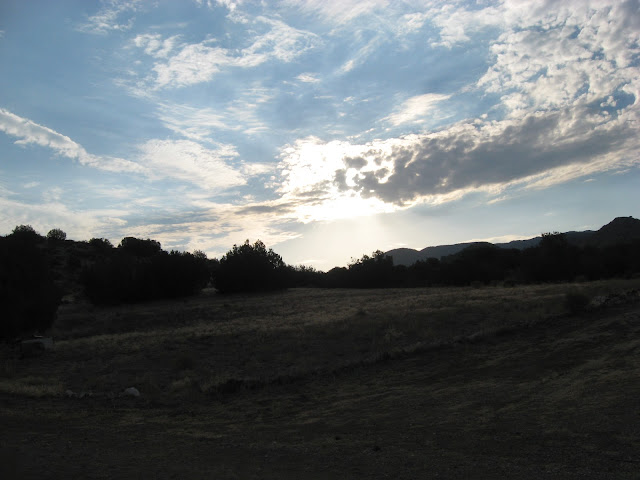 As soon as the sun clears the eastern mountains, which right now happens a bit before seven a.m., Samson goes nuts, starts to bark and climb on the back door to get in the house. He reminds me of the giants of Swedish folklore, who had to be home in their caves before sunrise or they would melt. By now, I'm sure poor Samson thinks he'll melt too. 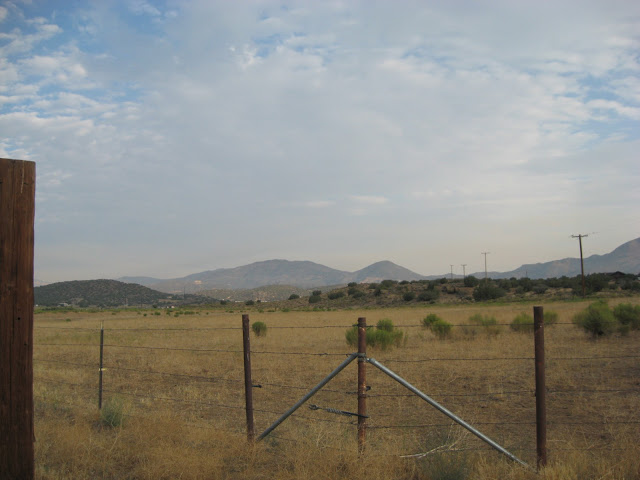 Thank you Feral Woman for your suggestion of the frozen water bottle for Samson. I checked our freezers (hubby's domain) and found them full. I can get a couple of small bottles in there to start and will see what he does with them. If he takes to them, I will find room for a gallon bottle. The idea here is to let him rest with the cool bottle next to him, lick on it, and let it cool him down. I hose both dogs down with cold water too, but of course they absolutely hate that. Both of them. I've had dogs in the past who loved it, but not these two. 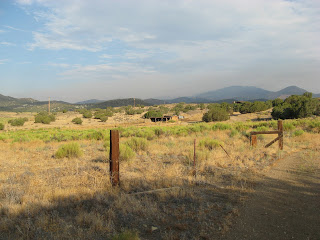 The sun stayed behind clouds for the entire hour of our walk, which was so nice. You can see smoke from the fires in these last two pictures.
I guess this will be a good day to watch the end of the Olympic Games and in general do nothing much. Hope you all have a great Sunday.