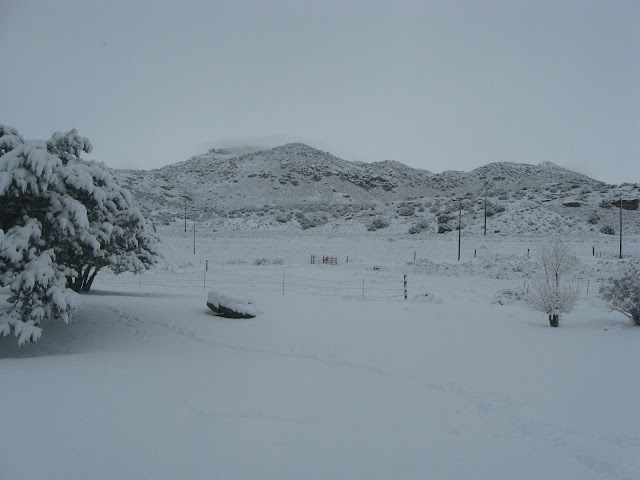 While the rest of the country was deep in snow, California was not doing so well I heard on TV last week. Several inches below normal after a couple of dry years. So the snow that came in the night was badly needed. I think we got 6 - 8 inches here at 4,100 feet and a lot more fell in the Sierras. 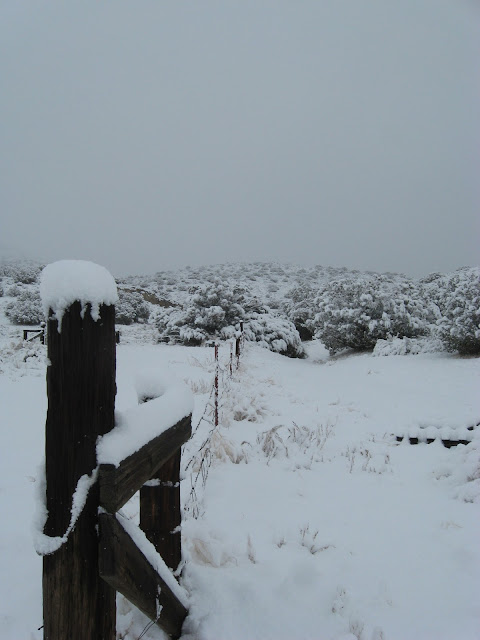 If this had happened yesterday, I would have had to postpone my colonoscopy procedure, which after all that horrible prep work would have been really, really bad. 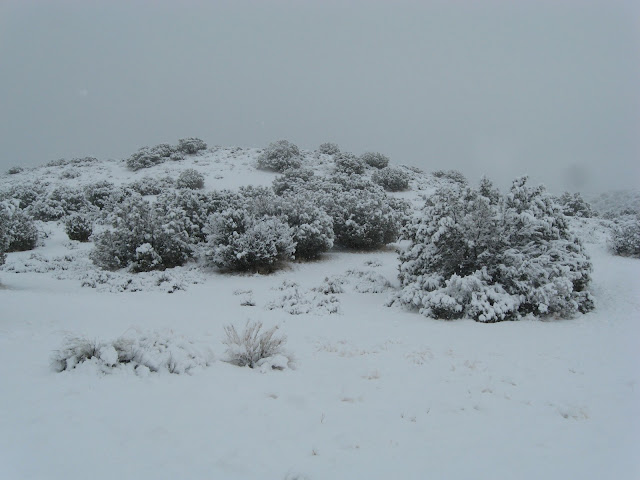 Fortunately, I was able to go and even better, the doctor came afterward and said, "no polyps, no cancer, no infection." He said something about a spasm that could cause my pain. I see him in a couple of  weeks so I will talk to him about it then. I'm much relieved and now I only have the procedure ordered by my new urologist left on March 22nd. It looks a bit complex and I will find out more about it now that this first one is over and done with. 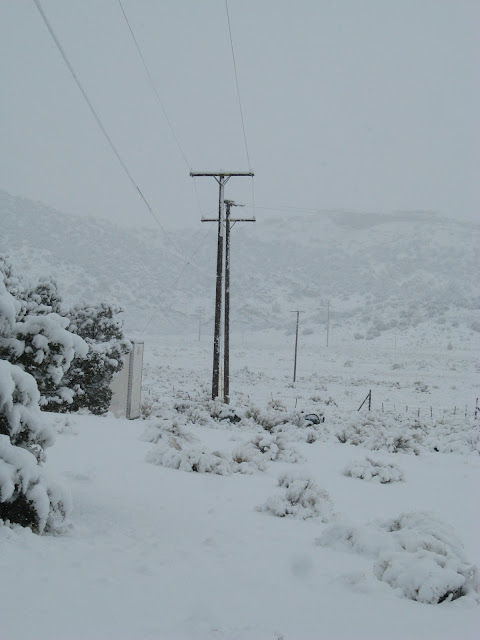 I overslept this morning and didn't wake up until eight to find my hubby on his way out the door with Samson. Snow seems to help him get out of bed early. 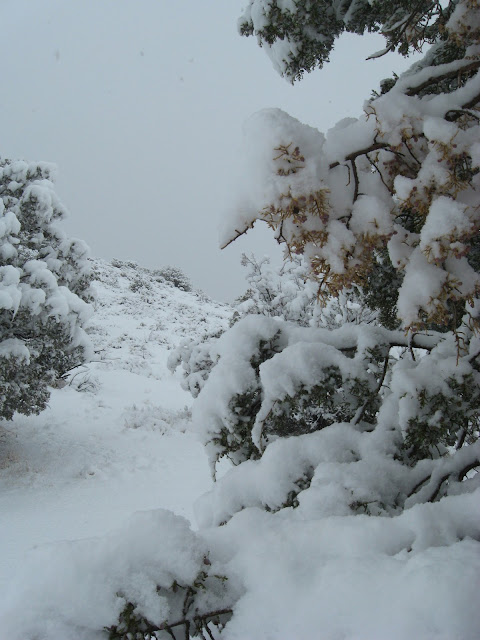 I ate a quick breakfast, took Soldier, and caught up with them. 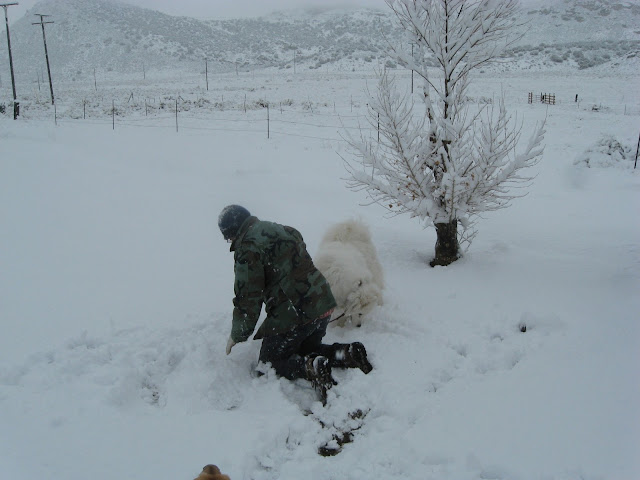 Hubby slipped and fell. Samson is not overly concerned. 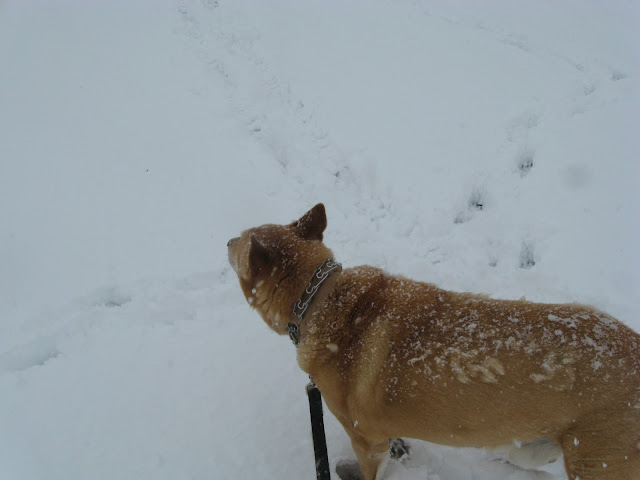 Soldier struggled to get up this morning, but after we got outside he played in the snow, like a puppy, and walked with us through deep snow down to the mailboxes, back home, and then up to the barn. 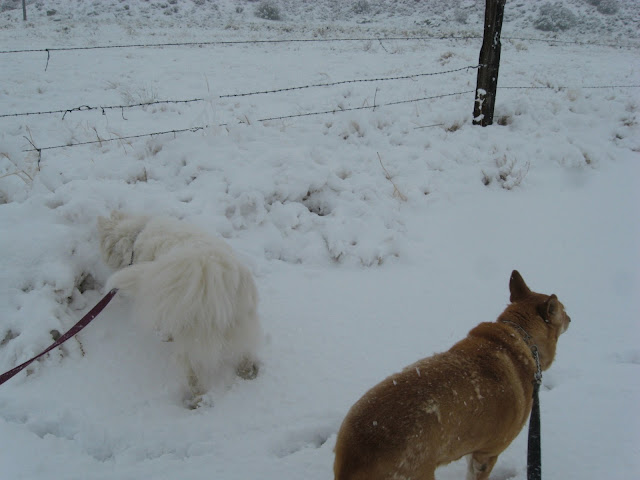 He was so happy, he didn't want his walk to end. 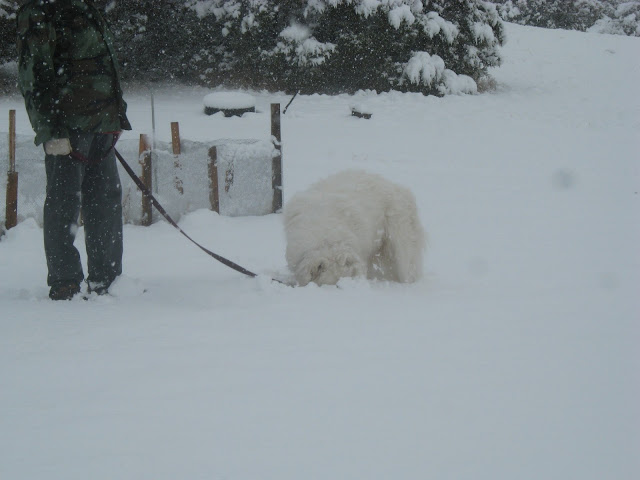 And neither did the rest of us. Samson truly belongs in the snow. He was having so much fun. He's feeling better too. I bought grain free turkey and sweet potatoes at Costco. Their brand. Samson loves it and it works well for him. 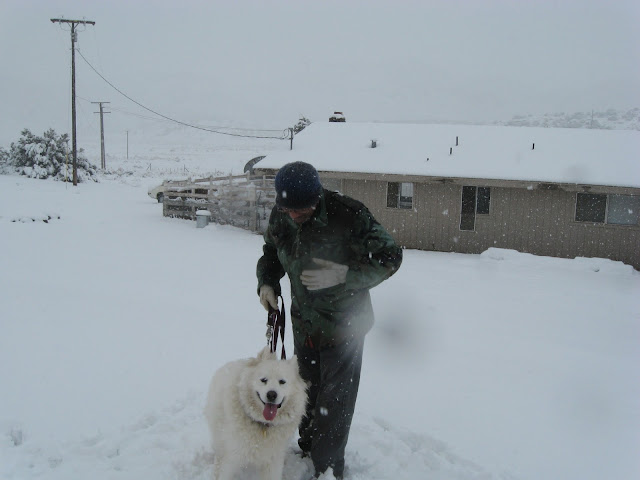 He's also lost all the weight he put on while on steroids. He is not happy about it; I can tell he is hungry, but, with all his health issues, he just has to stay thin.

Hopefully, no more posts about health concerns for at least a few weeks. But I will definitely post a lot more snow pictures.  I think I have a few good ones left to share.