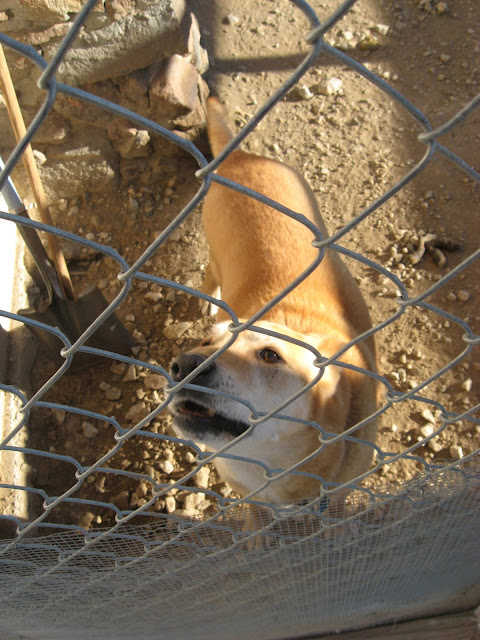 Feeling uninspired about blogging this morning, I put my camera in my pocket, left the computer behind, and got Soldier. Daddy had already taken the other two for a walk. Look at that longing face above, no dog likes to be left behind. 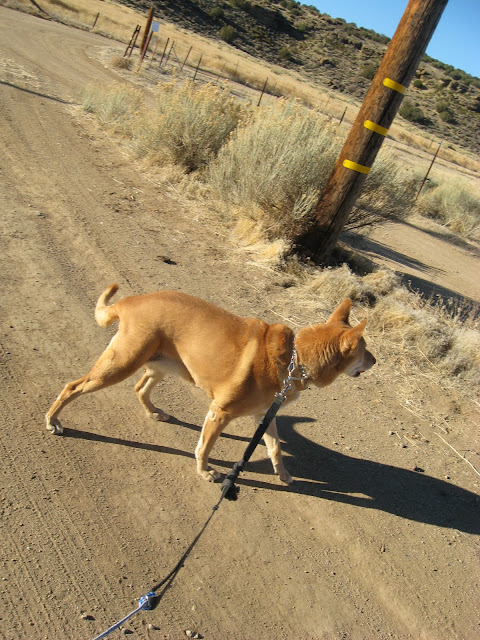 Look at Soldier now! It's such a joy to see how well he has recovered from being practically paralyzed last November. He's looking for his beloved daddy here. 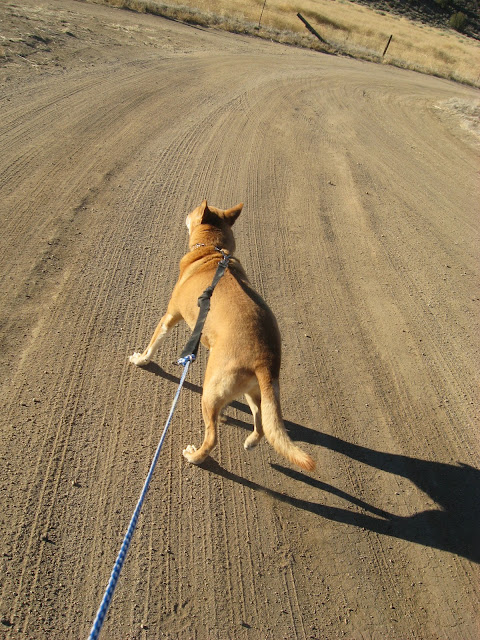 Now he knows where daddy is and starts to literally drag me down the road. He is very strong and if I had let him loose, he would have taken off at a good speed to catch up. 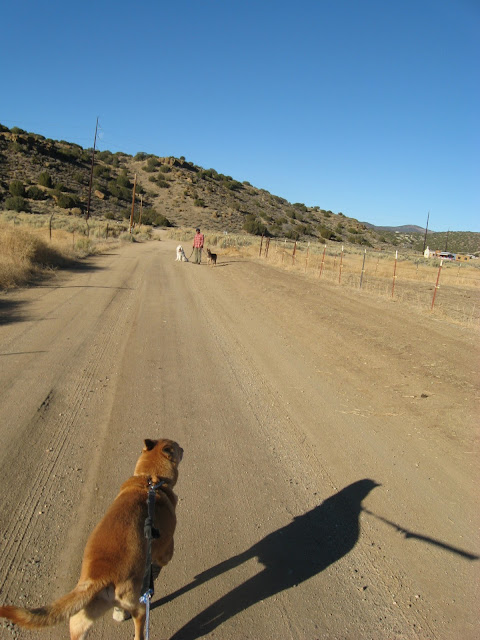 A brave Soldier marching while the pack waits. 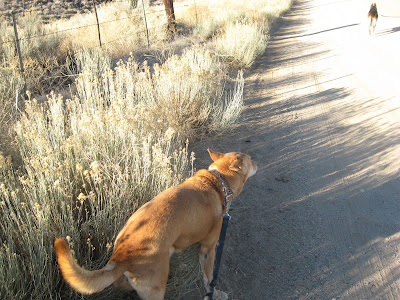 He is now able to lift his bad left leg, sort of half mast. And then he once again is able to scratch to scatter his markings, using his front paws instead of his rear. So he is adapting and able to live his life the way he prefers to. 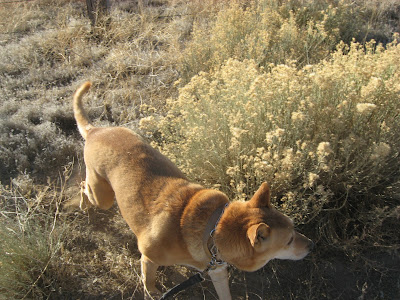 And he is particularly fond of diving into the gray rabbitbrush bushes. Of course he gets covered in their dry flowers, but he doesn't mind. In he dives, pees, and scatters the dirt all around. 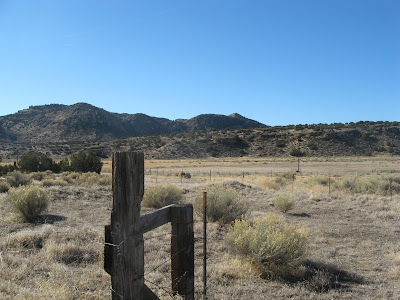 The donkeys and cattle have been moved down to the rescue itself where they cannot be seen from our house. I miss them and I think the dogs miss the action too, now they practically have to make up things to bark at. That's how quiet it is around here. 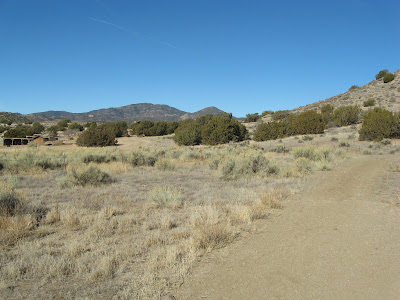 And scary dry too. Neither rain nor snow in the forecast. When it rained so much last year, I had a feeling a dry year would follow. Am I getting to be an experienced desert dweller or what? The weather widget in my sidebar has gotten stuck on 63 degrees F.  Something is wrong with the darned thing and I haven't taken the time to figure it out. Temps are in the 20s at night and I think up to mid-60s during the day. Nice spring weather, except it is supposed to be winter. 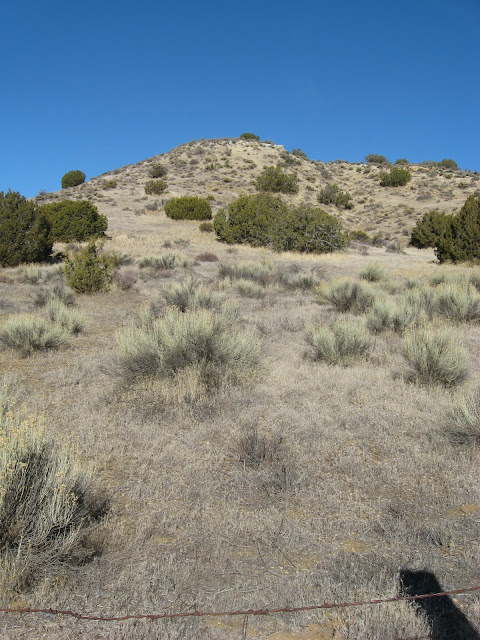 Finally, it was so much fun to post fishducky's poem. And I'm glad you all liked it. My mother approached her old age with humor too; oh, how we used to laugh about things that were here one minute and gone the next. Once she called me up from Sweden and told me she had been so worried about going blind that she went to have her eyes checked. The doctor diplomatically had told her that everything was OK, but perhaps she needed to clean her eyeglasses more frequently. I hope to be like that too as time marches on.....
Posted by Inger at 1:46 PM