Samson Comments on the Dog Show and the Samoyed Dog

Last week, I watched the big important dog show with mommy and those were the best groomed dogs I've ever seen. But I kind of feel sorry for them, having to be combed and brushed like that just to get on TV. I bet they get baths too, poor things. I helped them judge the show like this:

MOST HANDSOME DOG: (I say handsome, not beautiful, cause I couldn't tell who was a dog and who was a bitch. You can't smell that from the TV.) But I ... what's that word again? ... DIGRESS. I do that a lot, mommy does too.

Me: OK, Samson, tell us who you liked. And also let our blogger friends know we missed the first part of the show, where the herding dogs competed, so we didn't see the German shepherd dogs, did we Samson?

Samson: No, and I wonder whose fault that was?  Me: Next.

Samson: Of what we saw, which wasn't the whole show:

MOST HANDSOME: The Doberman Pinscher. 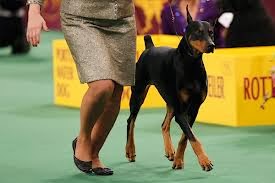 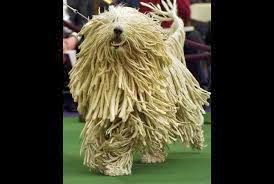 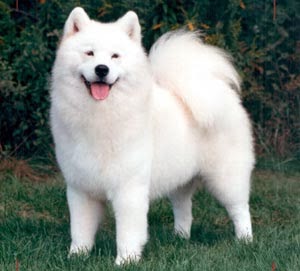 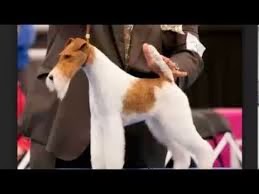 He sure deserved to win. 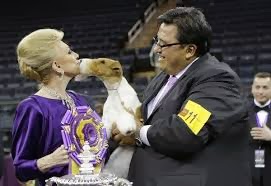 Here he is, kissing the judge, which is OK, since he'd already won. You're not allowed to kiss on the judges before the show.

Me: Next time we have to make sure to watch the whole show and take some notes, OK. What else did you like about the show?

Samson: I liked when the guy talked about us Samoyeds. He said we were the working dogs of the North. He said we would: Haul, hunt, and herd. But he forgot one thing: Guard! So to make sure he didn't forget anything else, I asked you to look us up on the web. This quote from the Westminster Dog Show site was all about us, but the TV guy didn't have time to read it all:

"The Samoyed is an ancient working breed developed by the nomadic Samoyed people of Siberia. His jobs included herding reindeer, hunting and hauling sledges and guard work. The Samoyed people depended upon their dogs for survival. Samoyed dogs actually slept in the shelters with their people. Their exceedingly close association with humans helped to imprint a wonderful temperament on the breed with the smiling face, laughing eyes and stunning silver tipped coat. The Samoyed, a working dog, is happiest when he has a job, even if it is just bringing in the daily paper." 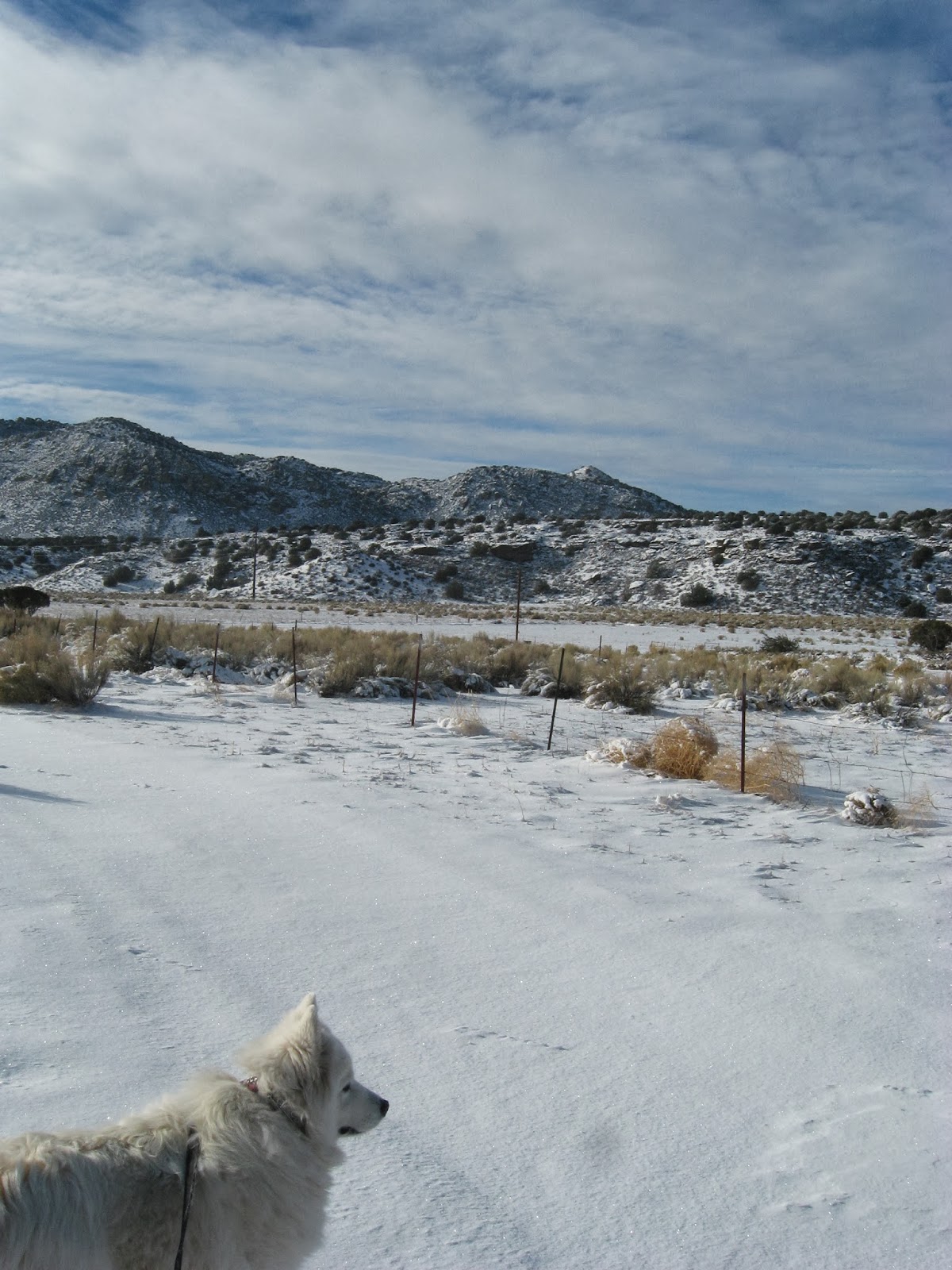 I like this picture of me in the snow, but where has my snow gone? Don't they know I'm from Siberia? I need my snow!

Samson: Mommy, did you know my fur is stunning and silver tipped?

Me: Yes, your fur glitters like diamonds, I saw that and told my friend Madsnapper Sandra. She said it is impossible to capture in a picture. She has tried and she is very, very good. But what I didn't know is that you got your nice personality (most of the time) from your ancestors sleeping with their people. I bet one of their jobs was to keep their people warm. You are very good at that.

Samson: Then why can't I sleep in the bed? 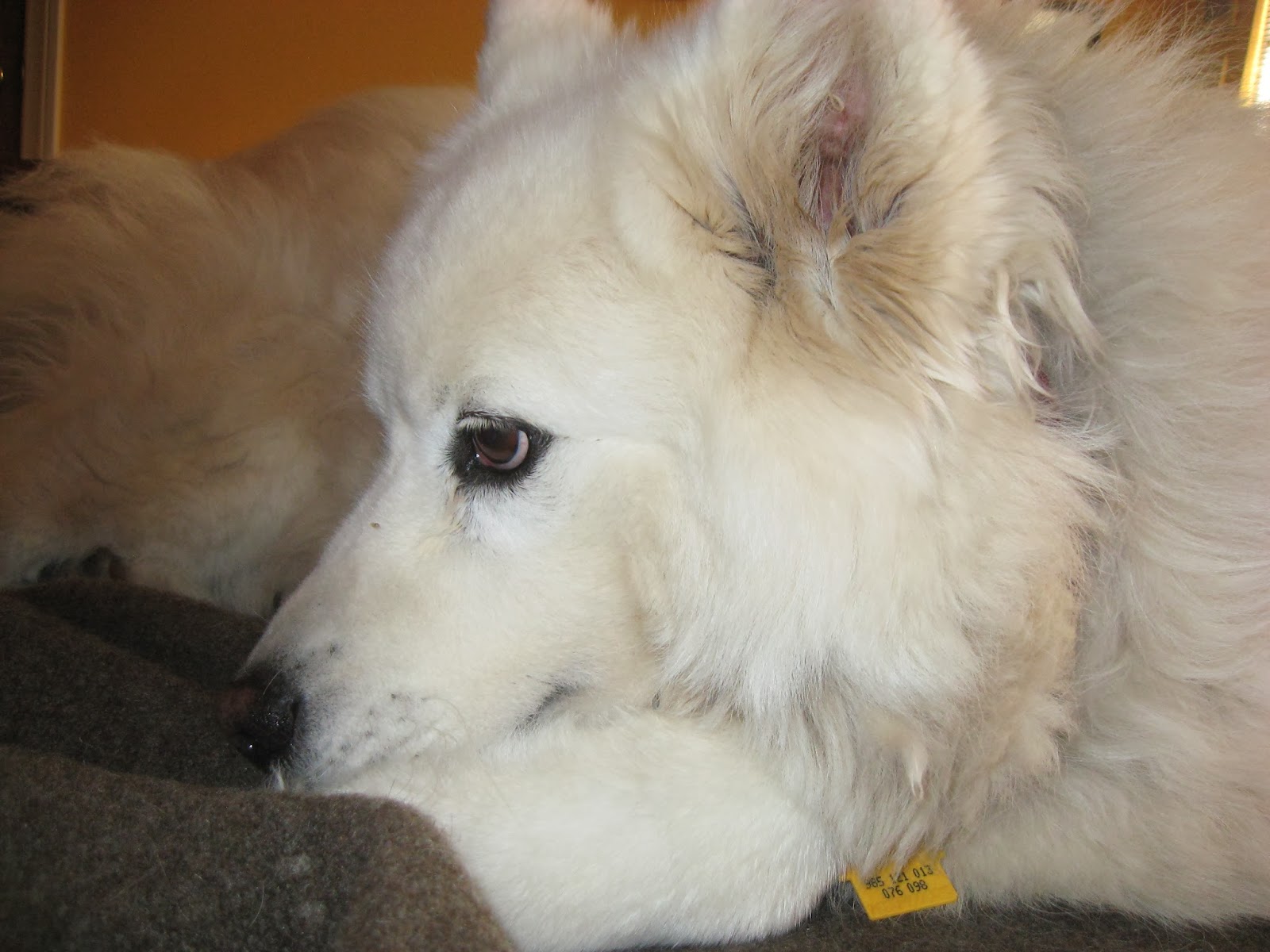 Posted by Samson, the Samoyed Dog.