The Legend of Sugarloaf Mountain 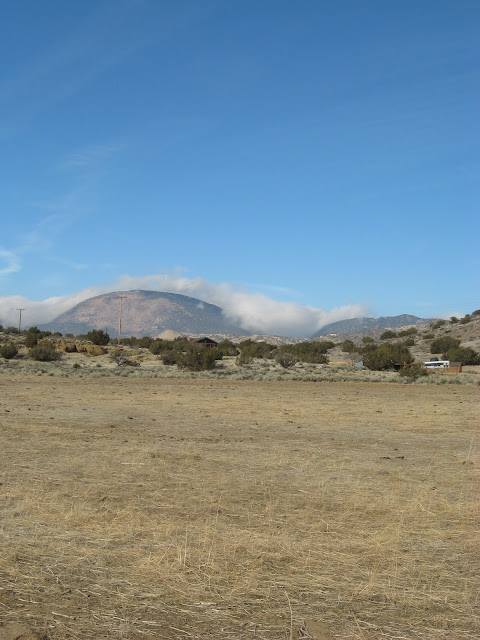 Sugarloaf mountain looms over the northern end of our canyon. Large and mysterious, this mountain hides a treasure buried during California's gold rush days. The legend of Sugarloaf mountain tells of a group of Spaniards and their Indian workers traveling through the mountains with burros and mules carrying loads of gold. 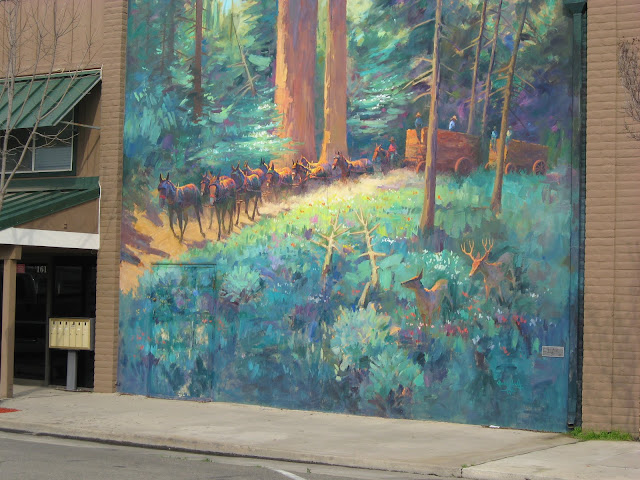 A mural in Exeter, California, depicting a mule train coming down a mountain.

They were headed toward the coast where their treasure could be sold and where enormous wealth awaited them. The Indians, who drove the burros up the steep canyons from the desert through the mountains, were not treated well by the Spaniards. They were guarded by Spanish soldiers and were, in fact, not much better off than slaves.   By the time they reached the slopes of Sugarloaf mountain, the Indians carried out a successful revolt, killing all the Spaniards. No one knows what set the revolt in motion, but  one can imagine they were tired of being treated badly. The Indians knew from their experiences that gold was nothing but trouble. It was of no use to them, and they actually considered it cursed. So they buried the Spanish gold somewhere along the slopes of Sugarloaf mountain where it has remained ever since. Many have searched for this treasure, but it has never been found......
Posted by Inger at 9:44 AM