Welcome to a new follower of my blog: mithilesh cheliyan 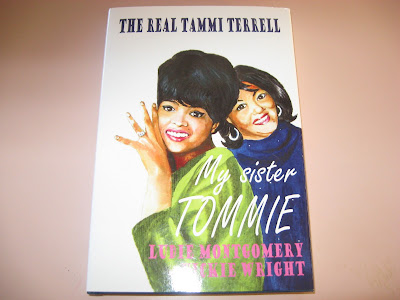 
In the mid 1960s and early '70s, Motown Records produced great music, creating what came to be known as the Motown Sound. At the time, I didn't listen much to the Motown groups, but there were two young singers and a song coming from Motown that I loved: Marvin Gaye and Tammi Terrell and the hit Your Precious Love. When Tammi and Marvin teamed up for their far too short-lived partnership, they created some beautiful music -- among the best from that era.
Tammi died of a brain tumor in 1970, at the age of 24. I remember it was such a shock, and as always when a young person dies, it seemed so unfair.
Rachael asked me last summer if I knew who Tammi Terrell was. I told her I did, and that I still have some of her duets with Marvin Gaye among my vinyl treasures. Rachael then told me that her friend, Sylvia, has written a screenplay about Tammi's life, based on a biography, co-authored by a friend of theirs. When she came to visit next, Rachael gave me the book, My Sister Tommie, by Tammi's sister Ludie Montgomery and Vickie Wright. Vickie wrote this note in the front of the book: "Thank you for loving Tammi // Ain't no mountain high enough."
I think you will like this book if you listened to Tammi back then, liked her voice, loved her duets with Marvin Gaye, and wondered what really happened to her: Who was she, where did she come from, and how did she grow up to become such a wonderful singer and such a presence in the music world at the time.


Ludie does a wonderful job describing their childhood. The girls grew up in a middleclass family in . Their mother was frequently ill, their father, a barber, who also had an entrepreneurial streak, was absent a lot. Their Aunt Alice seems to have been a steady presence in their lives. Tammi decided very early on to pursue a music career and appeared in local clubs and venues. Reading this book, I'm struck by how young she was when she first began her career and how she set out to live her life fully from this very young age. She only lived for 24 years but she was so alive, so bright, fun, and talented, and she knew she wanted to sing.

Tammi also went through difficult times in her young life. Even early on, long before her brain tumor was diagnosed, she was plagued by severe headaches. The men she chose were not the best for her, but then she was so young and had to learn, like most of us.


The end of the book is, of course, sad. Tammi was so young and she went through so much pain related to her illness. But she was also a very strong and inspirational young woman. I found out that she was with a good man at the end of her life and that made me smile. 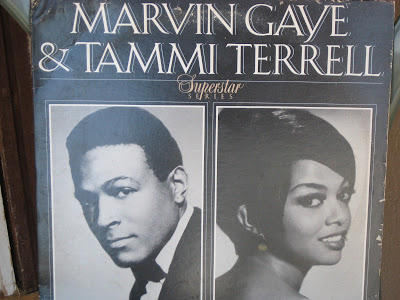 And I still have her music, but, of course, nothing to play it on. Is there a CD out there? I should check.
Posted by Inger at 8:15 AM