L is for Letter from America

My mom saved all my letters from America; after she passed away, I brought them back with me. Earlier, I was considering posting some of them here, but as I dug deeper into my first year in the U.S. and into my youth, it became difficult and emotional. This first letter is just for fun. I had been able to get away from my first American family, the one that treated me badly, and moved to Princeton, where I would spend the next nine years. In the spring of 1963, I was 22 years old 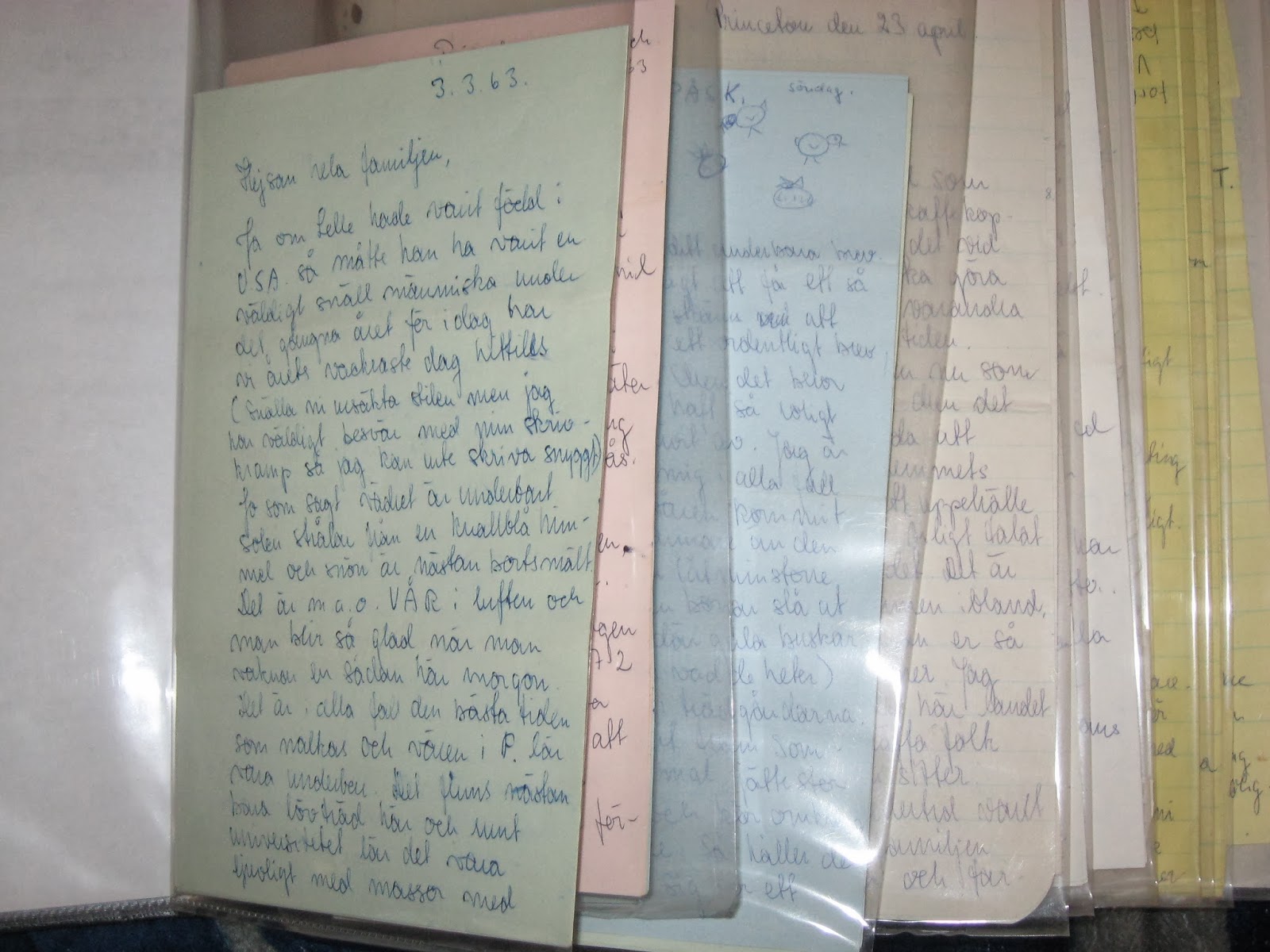 Mrs. Smith and I are already getting along great, it's almost like when I lived with Elizabeth in London. They treat me as part of their family, they lend me their books, and they have a lot of books, so you know I'm happy. I watch TV with them, and we sit and talk in the evenings. The Smiths have three children, two girls, four and five years old, a a boy who is two, and a baby due within the week. I'm so excited. Mr. Smith's mom* is coming up from Pennsylvania, so I won't be alone with the children. 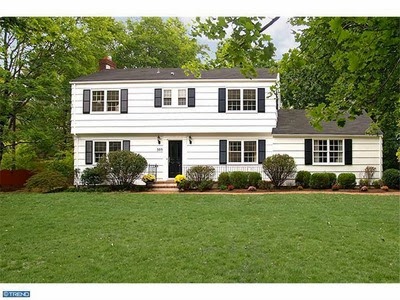 My room is very pretty, if a little old-fashioned, with a super-wide bed, a bookcase, a chest of drawers, a chair, a table, and a two-person couch, which I believe is called a "love seat" here in America. There are large open fields across the street and I saw a man on horseback, trotting down a lane; and a German shepherd dog playing with another large black dog. It takes about 10 minutes to walk to the lake and there's even a small white church in our neighborhood. 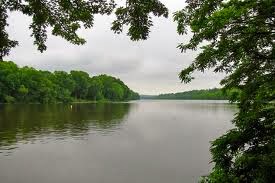 I make $30.00 a week, in addition to room and board. In New York City, mother's helpers make at least $50.00, but things are so much more expensive there. I have saved $50.00 already and have $15.00 in cash. I only spend money on cabs and at the deli. When spring gets here, I can take a bus to town. I will soon open a checking account because that's something one has to have here. As soon as I have saved up some money, I must find a dentist and get my teeth fixed.

I went to a party where I met a nice Englishman. And I met some college boys, but they were very young and seemed a bit spoiled to me. I also met three more Swedish girls who work in families here. So, as you can see, I'm already making new friends.

Mom, you'll be glad to hear I have gained some weight, even though Americans usually only eat sandwiches for lunch.

It's snowing as I write this and I'm in the mood to bake. Does anyone know how many ounces there are to a gram or hg to a lb?

*My best recollection of the older Mrs. Smith, is that you were not allowed to write down "toilet paper" on your shopping list; it was some shame attached so you had to call it something else, what exactly, I don't remember. Other than that, she was great.