B is for Books


There is a great deal of difference between an eager man who wants to read a book and a tired man who wants a book to read. ~ G. K. Chesterton

During most of 2015, I'm afraid I was that tired woman wanting a book to read. So I read mostly mysteries, books that didn't require much of me. But I read a few really good ones too.  The author of the following three books, Leif GW Persson, is an award-winning Swedish author and Sweden's most renowned psychological profiler. 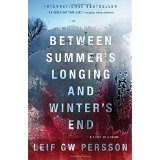 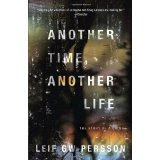 Between Summer's Longing And
Winter's End

Another Time Another Life

Free Falling As If In A Dream 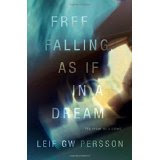 Each book in the trilogy has this after the title: "A Story Of A Crime." The crime is the still unsolved murder of Swedish Prime Minister Olof Palme, who was killed on a Stockholm street in 1986.

In each book hints are dropped, clues appear, things happen that, at the time you read them, you, the reader, will have no idea that they will all tie together in the end. And fictionally solve the murder of the Prime Minister in the final book.

You may just have to be Swedish to enjoy these books the way I did, but then the most cringe worthy character, a detective by the name of Backstrom, now has his own TV show here in the US. Set in Oregon, but still..... 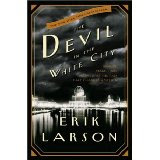 The Devil In The White City

This book tells the story of how architects, engineers, construction workers and others accomplished a miracle of sorts as they designed and built the White City for the Chicago World's Fair (Colombian Exposition) of 1893 in record time. The white buildings were magnificent and there are many photos in the book. I was perhaps most fascinated by the many inventions that were displayed there for the first time, the Ferris Wheel, a moving walkway, moving images; there were conflicts between providers of AC vs. DC electricity, and so much more. Then there was a devil lurking in the outskirts of the White City; a sick, sick killer, who presented himself as an outstanding, respectable citizen. Erik Larson is a very good writer, someone who can tackle a large project, mix it up, and make the end result a fabulous reading experience. 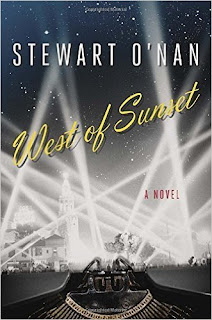 West of Sunset is a novel, not a biography, that brings Hollywood of the 1930s back to life in the best way. It is the story of F. Scott Fitzgerald's final years when he worked as a screenwriter in Hollywood to pay the bills for his wife Zelda's hospital stay and their daughter's schooling in New York. This was the time he met and fell in love with Sheilah Graham, the gossip columnist. It was also the time when he worked on his last novel, The Love of the Last Tycoon, unfinished at the time of his death. Stewart O'Nan is one of my favorite writers and he does an excellent job of bringing back the Golden Era in Hollywood and the happy/sad last years of Fitzgerald's life.

And finally there was The Girl On The Train, by Paula Hawkins, a page turner if there ever was one.