The plane landed at Idyllwild International Airport in Queens, New York, and I stepped out into a new world and a new life. It was November 1962 when I arrived in America, and my entire life lay in front of me, like so many pages. I never really dreamed of coming to America, but now that I was here, I felt a great sense of freedom, of knowing that it would be entirely up to me to fill those pages. I was 22 years old. 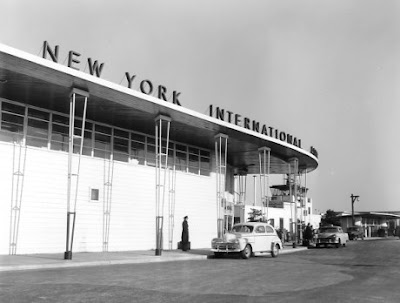 The easiest way for a young Swedish woman to get a permanent resident work visa, was to get a job as a mother’s helper in an American family. The family would then sponsor you for your green card and  pay your one-way airfare. Hundreds of young Swedish girls came to the United States this way.


It didn’t take me long to realize that my American family and I would not work out. This was an ordinary middle-class family with aspirations to greatness. They lived in a split-level in Tenafly, a New Jersey suburb of Manhattan, across the Hudson River.

At dinner, I had to eat in the kitchen, while the family ate in the dining area. They didn’t even have a dining room, but when they wanted something from the kitchen, or seconds from dishes already on the table, Mrs. tinkled a little silver bell, indicating that I had to get up from my dinner, go in the dining area and serve them; a Downton Abbey, Upstairs - Downstairs scene played out in a split-level in Jersey!

This did not sit well with me and I soon wanted to escape, but I was stuck. Since I had to stay for a year, or something like that, for them to sponsor me for my green card, and since they had paid for my airfare, I felt like an indentured servant. I was supposed to be a mother's helper and treated as a part of the family, and I was not; the dinner situation just one example.

Fortunately, as it turned out, I had a choice. Once the family realized I wouldn't work out, we came to an agreement: their sponsorship continued, and I borrowed money from my dad, paid for my airfare, and was free to go.

So in late winter of 1963, I left the split-level and that pretentious family behind and moved to Princeton, where I had a friend. This was where my real life in the United States would begin. 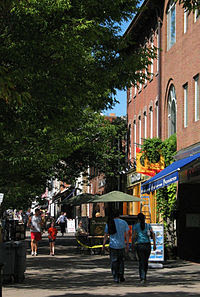 NB: This will be the only post where the chronological meets the alphabetical. It won't matter much, but I will note the year the event took place in each header.