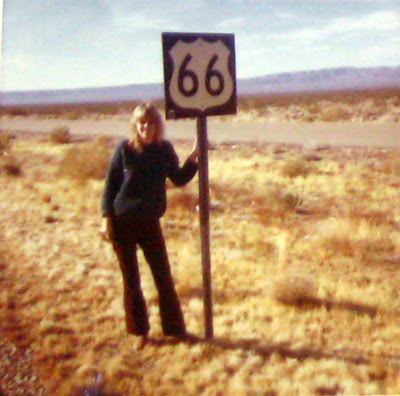 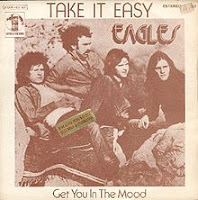 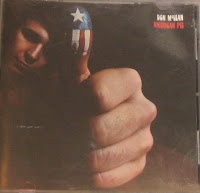 A few months before the Eagles took it easy, standing on a corner in Winslow, Arizona, after having seven women on their minds, or whatever they were up to in that song, my new friend John and I drove cross country to a different tune. In January 1972, there was only one song on every radio station across the country:


Can't remember if I cried,
When I read about his widowed bride,
But something touched me deep inside,
The day the music died.

So bye, bye, Miss American Pie,
Drove my Chevy to the levee
but the levee was dry 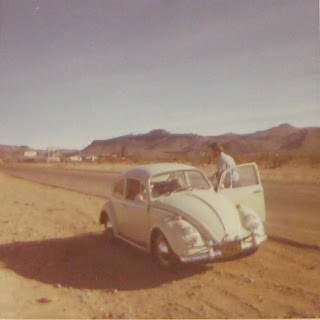 Our mode of cross country transportation

I believe we picked up Route 66 somewhere in the Ozarks, after spending time in St. Louis. We spent a night in Tulsa, Oklahoma, and then drove to Oklahoma City, where we stopped so I could visit a girlfriend I met in Jackson Hole. I will talk about our trip through the Texas Panhandle tomorrow, so the posts will be out of travel order. John was in a hurry to get back to California, he probably had a job waiting for him, so we jammed through New Mexico pretty fast. 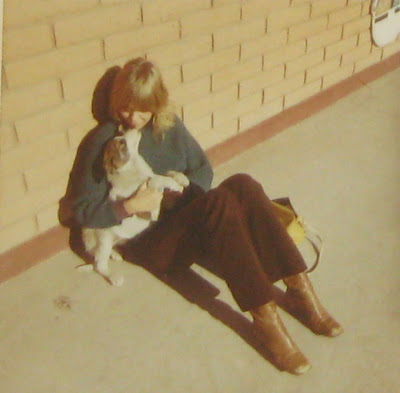 We stopped on a Navajo reservation and I got kisses from a very cute and friendly puppy. And, in case you wondered, those were the only kisses I got the entire trip. 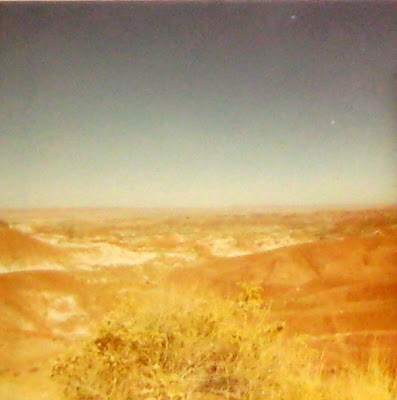 Arizona is stunningly beautiful and I'm so glad to have traveled through the state on Route 66 before it became just another historic landmark, with its roadside coffee shops and motels dying from lack of business. We saw fabulous scenery  and interesting places in the the northern part of the state. Highway 66 took us through some of the Painted Desert, which was just gorgeous -- the picture above is old and faded and doesn't do it justice.

Next to the Painted Desert was the Petrified Forest National Park, where we took a side trip to see fossils of fallen trees that actually lived about 225 million years ago. It was a bit difficult for me to wrap my mind around how incredibly old those tree stumps were. 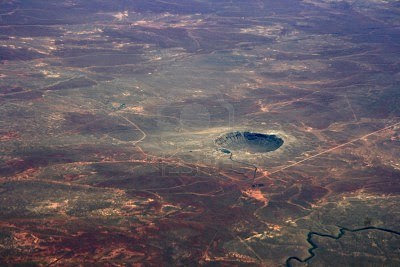 The Meteor Crater as seen from an airplane 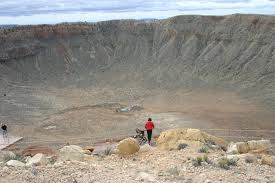 After Winslow, we stopped again to see the Meteor Crater, another fascinating experience. Situated in the high desert at about 5,700 ft (1,740 m), the crater is some 4,000 ft (1,200 m) in diameter and 570 ft (170 m) deep. This according to Wikipedia. Huge in other words. I'm glad I saw the crater; it made a very strong impression on me, both because of its sheer size, but also because this time, as opposed to the tree stumps, I could imagine. And pretty scary it got as I imagined the impact of such a large object landing on our earth ~ the force of it.

Then it was on to Flagstaff, a town that both John and I fell in love with. At that time it was quirky and different from what we expected. Walking down a street, for example, we heard some fabulous jazz drifting out from a bar. Live music of a kind you might hear played in New York or Chicago, but this was Flagstaff. And it gave me chills, it was so beautiful and so out of place. Here are a few pictures: 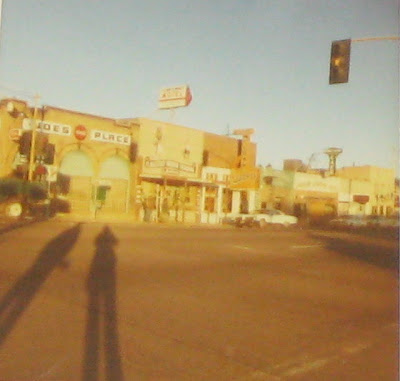 Taking pictures of our shadows 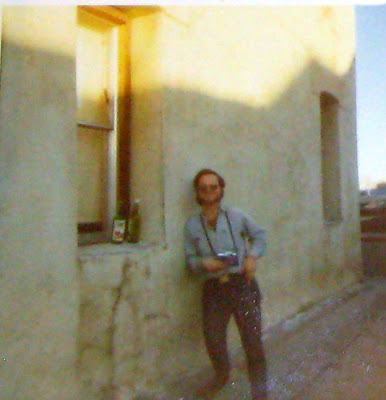 Here we found two abandoned empty bottles of Boone's Farm wine. The most popular cheap wine of the 1960s. We just had to take a picture. 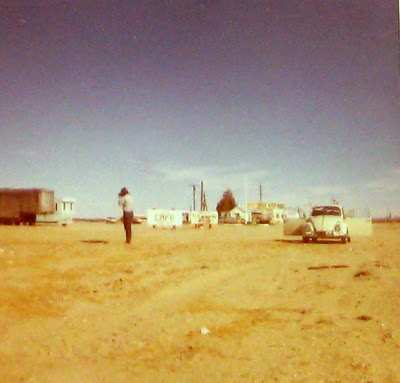 John taking pictures of the Mojave Desert in California

After Flagstaff, we drove to Kingman, where I believe we spent the night. The next day, we were in California and our ways parted in Barstow. I took a bus from there to San Diego, my destination; while John drove on to his home in Sacramento.

John and I remained friends for several years, then we lost touch. We returned to Flagstaff and went camping at the Grand Canyon some years later. I also visited him in Sacramento and he took me on a fun trip to Truckee and Lake Tahoe. I hope John has had a good life, he was a truly good guy.

Source: Wikipedia for information and photos other than mine.