For those who followed my journey so far: This was the first post I wrote about my trip West in 1969. Chronologically my adventures in the West began in New Mexico, followed by the letters: G for Greyhound Bus Trip, I for Idaho Falls, and J for Jackson Hole, Wyoming.

The plane shook and rattled through mountain air pockets as it came in for a landing at Albuquerque's airport. It was 1969, and I had come West to get a divorce in Idaho. An attorney I saw in Princeton charged me $100 (a large sum at the time) to let me know that the only way I could get divorced in New Jersey was if my husband filed for desertion after two years. This made me feel like a prisoner, but with the help of good friends, I found an alternative solution . 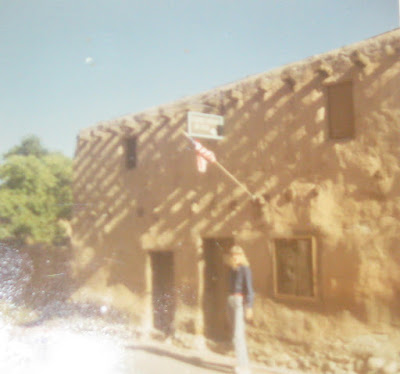 A faded photo of me outside the oldest house in the U. S.

My friend Anne and her husband Bill helped me more than they ever knew, I think. Bill worked for the Boy Scouts of America and spent time at their ranch in New Mexico. He arranged for me to go to Idaho Falls, since, in 1969, Idaho and Nevada were the only two states that granted a no-fault divorce after a six-week residency requirement was met. Bill also set me up with an attorney he knew in Idaho Falls.

Bill then decided to show me some of the Western United States, beginning with New Mexico. He picked me up at the airport and we drove to Santa Fe. I will never forget the sensual desert wind that swept around me as I stepped out of the car in Santa Fe's central plaza. This was the first time I had been away from the East Coast and I knew, almost immediately, that I belonged somewhere in the West. While I liked Princeton, the town was too small, too gossipy, and left no room for real growth for me. 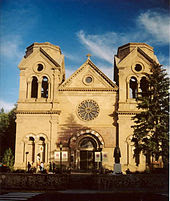 As Bill showed me around Santa Fe, I enjoyed looking at the beautiful silver and turquoise jewelry displayed by Native Americans, sitting on their fabulous blankets, surrounded by bargaining tourists.

I ate wonderful food and fell in love with the soupapillas and  Mexican food, which I had never tasted before. At that time, there were no Mexican restaurants in New Jersey. 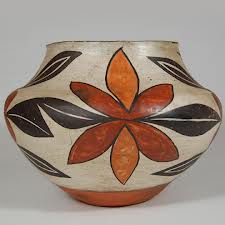 
We took some side-trips out into the Sangre de Cristo mountains. I remember the beauty of the mountains, the local craftsmen and women in the little villages, no more than hamlets really, spinning wool, weaving blankets, and displaying their beautiful crafts along the road-side. Bill said these places were called the Spanish Towns. 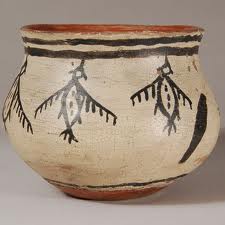 After a few days, we left to see the amazing cliff dwellings at Bandelier National Monument. Fascinated, I thought of the people who lived in these ancient dwellings, high up in the cliffs, secure I imagined from wild animals and human enemies, but at what cost? Did babies tumble and fall off the cliffs? What about their old people, did they ever venture outside, down below? Not for the faint at heart, I concluded, scared as I am of high places. 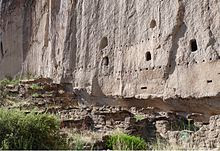 We also stayed in Taos, where we visited the pueblo and saw more beautiful Native American art. After that we drove across the high plains to Pueblo, Colorado, where I remember desperately seeking a restroom.


Source for Photos: Wikipedia or as noted.