The Greyhound bus rumbled out of Denver on its way to Salt Lake City via Wyoming. The year was 1969, and I was traveling to Idaho Falls to get a divorce from my first husband. I will write more about how I came to go West in my post N is for New Mexico. As I settled in on the bus, I thought back on my trip through Colorado with my friend Bill. 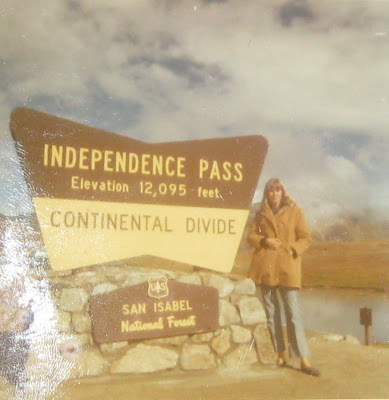 After leaving New Mexico, we drove up into the Rocky Mountains to Independence Pass, where I stepped on the Continental Divide and knew that, at 12,095 feet, I probably never would be this high up in the world again. We spent a night in the old silver mining town of Leadville, which, at 10,152 ft (3,094 m), is the highest incorporated city in the United States. Then we continued on to Denver where this, the next part of my story begins. 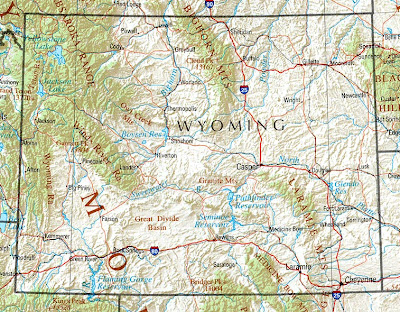 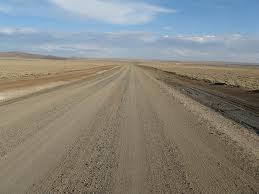 As the bus left Colorado and turned onto Interstate 80 at Cheyenne, Wyoming, I felt I had left my known world behind, that this bus trip was the beginning of a completely new phase of my life. I believe the entire trip was over 500 miles, most of it through the Great Divide Basin, the rough steppe country of Wyoming. I people-watched as we rode along the barren landscape where only a few lonely ranches were spread out along the way. I watched silent people with strong brown faces, lined from sun and wind, no one speaking to anyone else. 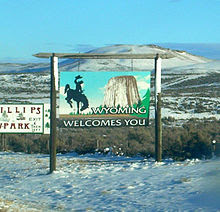 When we were kids, my brother and I used to play cowboys and Indians, not having the slightest idea what the real issues were, just firing off our cap pistols and chasing each other around. And now, here I was, in the company of these people that had been such a large part of my childhood imagination. 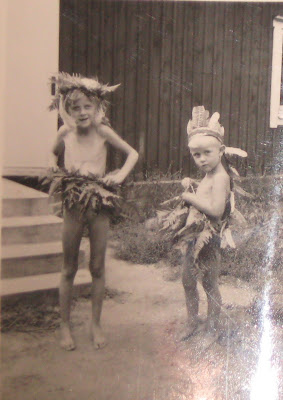 My brother, definitely Indian. Me ~ Tarzan?

At one stop, an elderly woman came on board and sat down close to me. She, it turned out, was quite talkative. She told me she lived with her son and his wife on their ranch and now she was on the way to the grocery store. "What, you take a Greyhound bus to the grocery store?" "Yes," the woman said, "unless you drive, there’s no other way." "How far away is the store?" I asked, curious now. "About 100 miles down the road," she replied. I remember our conversation about her trip to the store so well, this was my first lesson in how little distances mean when you live in the Western United States. 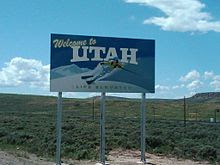 As the day drew into evening, a young marine struck up a conversation with me and soon moved to the empty seat beside me. He had served in Vietnam and was not happy about the situation at home. While I could understand opposition to the war directed at the government, I never understood why veterans were treated so badly. Many of them were drafted, after all. So we hit it off and he took my mind off what lay both behind and ahead.

Finally, toward midnight, we arrived in Salt Lake City, where we both were changing buses. We had some time and decided to go for a short walk outside the terminal. And there, in the dark, we were greeted by a magnificent sight.


The Mormon Temple was illuminated and the Angel Moroni shone brightly golden from atop his spire. I knew nothing about the religion of the Latter-Day Saints, but I would learn more after I arrived in Idaho Falls, where both my landlady and my attorney were of this faith. Since it was night, I didn't see anything of the beautiful state of Utah, but I will never forget the sight of the Temple. 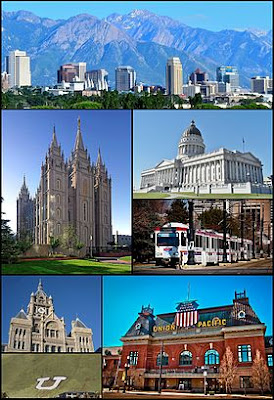 Note: The Salt Lake City Greyhound bus terminal has since moved to another location, but in 1969, it was located across the street from the Temple.

Source: Wikipedia ~ For photos other than mine.