I have many wonderful memories of Baja, California, Mexico, where I spent a lot of my free time, both when I lived in San Diego and later with my husband. 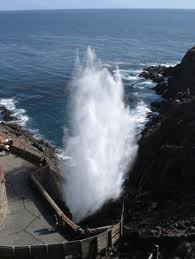 We leased a piece of land on top of a bluff, overlooking a bay, about an hours drive from the town of Ensenada and close to La Bufadora, a blowhole located on the Punta Banda peninsula. La Bufadora is the result of air trapped in a sea cave, which explodes water upward, often more than 100 ft into the air, making this one of the largest blowholes in North America. 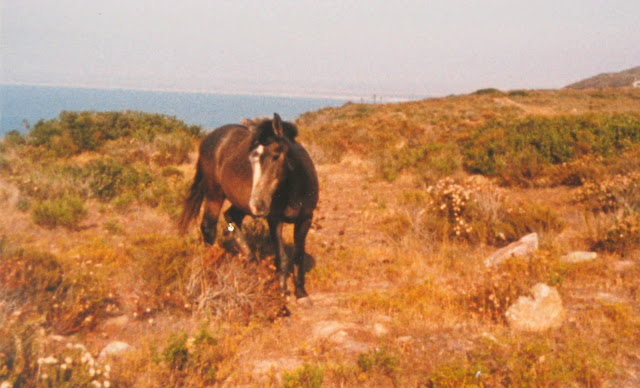 The landowner's name was Pedro, and he and my hubby became really great friends. Pedro even gave my husband a horse we named Renegade. Pedro's horses and cows wandered the hills on their own, not a fence in sight, and so did his two dogs. 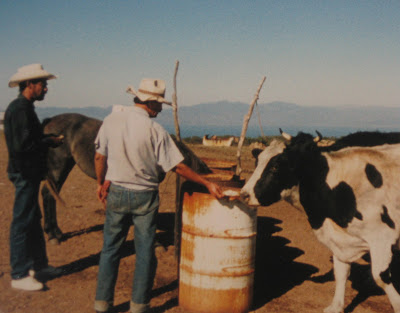 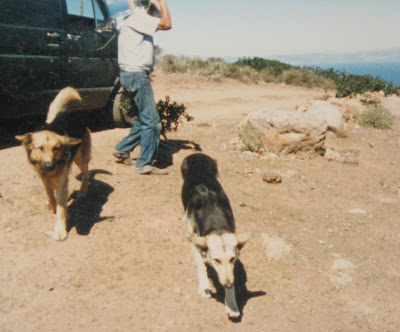 Pedro and his dogs.

When American tourists came, my husband took them on horseback rides down a steep and narrow path to the ocean. With a straw cowboy hat covering his Creole curls, everyone thought he was Mexican and would speak to him in broken Spanish. 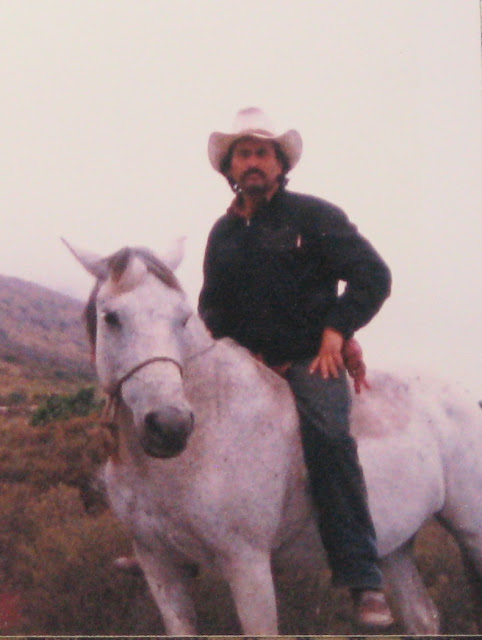 My hubby rode Renegade just like Pedro rode his horses, no saddle, no bit, just a rope around the horse's nose. I rode with the rope, but believe me, the trails there were just as scary as the one I described in my Wyoming Cowboys Adventures post here, so I used a saddle.

We often drove deep into Baja, where small fishing villages dotted the coast and rattlesnakes thrived in sandy bush land. The people were wonderful there; they didn’t have much but were always willing to share: Some tacos, some fish, or some tequila perhaps. 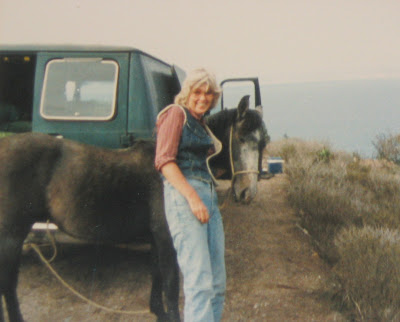 Once we carved our initials in a tree, inland, away from the ocean, at a place where there were healing springs and an old lady lived. She lived there alone with a statue of the Virgin Mary, or Nuestra Señora de Guadalupe in Mexico, surrounded by candles, placed on outcroppings, like shelves, in a mountain wall. The woman had a long plait of gray hair down her back and wrapped herself in an Indian wool blanket for warmth. Her face was wrinkled, her eyes wise.

I love to think that our initials are still there, in the trunk of that big tree, somewhere deep in the interior of Baja, California, Mexico. 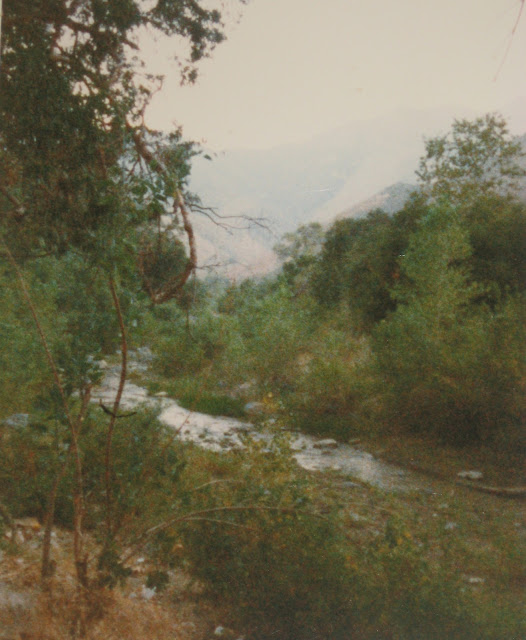