I have been associated with three Universities while living in the United States. 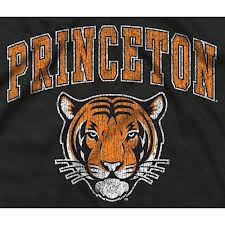 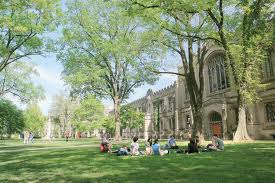 I worked at Princeton University before and after I was married the first time. My first husband was born in Hungary, a physicist on the faculty at Princeton, and much older than I. We lived on a beautiful, fairy tale, of a place in the woods about 15 miles from town. I stayed home then and was a faculty wife, which was a job of a different kind. Universities are very political places as I found out over the years. So I entertained, was entertained, went to teas and dinner parties, and so on. I didn't mind at the time. I was young and had energy to spare. I also had the pleasure of meeting some of the great scientists of that time, as well as other very accomplished and brilliant people from all over the world. I lived a very interesting life during my first marriage, to say the least.

Before my marriage, I briefly worked for an economics professor, then I worked in the accounting office at the Princeton Inn. As you can see above, it was a lovely place to work, located off campus next to a golf course. I got a free lunch in their dining room and overall, while a career was not to be had there, looking back, it was an easy job and a really nice place to work. 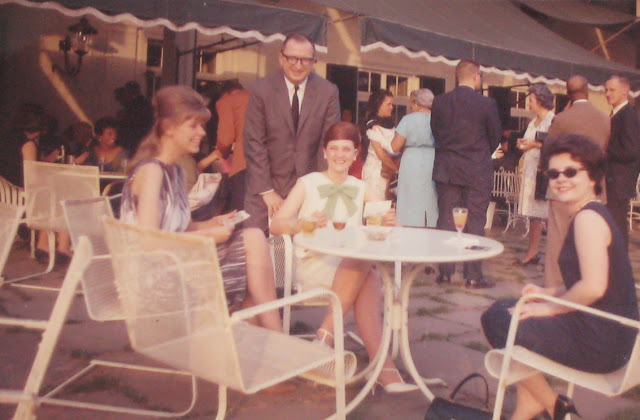 When my dad was visiting, we had drinks with my friends Christina and Margie on the patio of the inn. The guy in the photo was a manager there. I think his name was Steve, but in those days, you called managers Mr. and their last name.

University of California San Diego was next. This is where my  UC career began in February 1972. The San Diego campus was in the process of being built back then. I got a job as a budget coordinator for the Public Employment Program, a federally funded program to integrate minorities, the disabled, and Vietnam Era veterans into the campus work force. It may seem strange today, but at the time, there were very few members of these groups employed at UCSD. 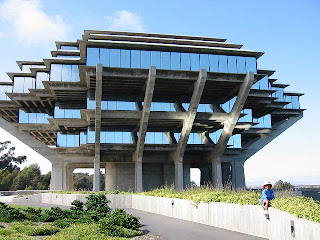 The library in the picture above was completed when I worked there and about the only thing I recognized when I looked up the campus online for this post. 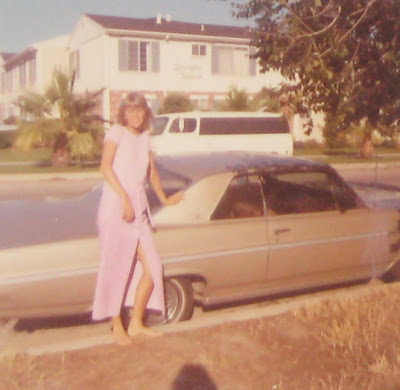 It would take up too much room to delve into all the reasons why San Diego didn't work for me. After a year and a half, and many airplane trips to Los Angeles, I took a demotion in order to get a transfer to the UCLA campus, where I began to work, again with budgets, in their HR department in the fall of 1973. 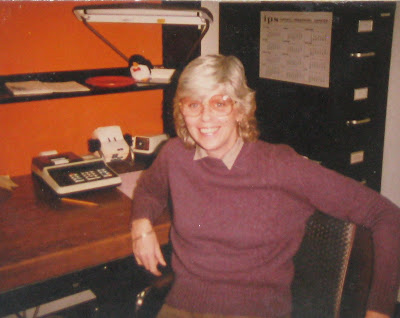 In my UCLA office, doing budget work ~ so funny, check out that old calculator, rolodex, and pencil sharpener, for heaven's sake. Ack, not to speak of those 80's eyeglasses!

At the University of California Los Angeles, or UCLA, as it is known, I finally found the best place for me to work. Not being very career minded, I still managed to have a career there, work that I enjoyed and was happy with, which was most important to me. Over my more than 30 years at UCLA, I worked in three different departments in very different jobs, which gave me a lot of opportunity to grow professionally. I made many friends and overall really enjoyed my time on the UCLA campus.

Looking back now, I was very fortunate to have come to UCLA, to have found the beautiful neighborhood where I lived, to have met the wonderful people who became my friends. This is why I will always love LA, traffic and all. 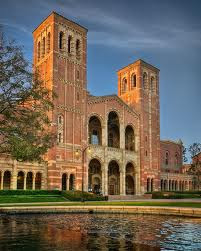 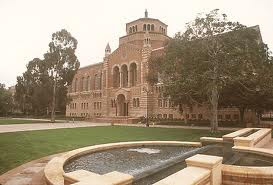 Powell Library and a fountain designed by guys from our Capital Programs department, the last department I worked in ~ I would say, the last and the best by far. 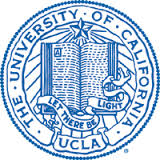